Bell’s palsy (BP) is a condition that causes temporary weakness or paralysis in the muscles on one side of the face. It occurs when the facial muscles become compressed, inflamed, or swollen. Bell’s palsy has a sudden onset; the patient may wake up with it or suddenly notice they are having trouble eating and drinking. The condition is usually temporary and goes away on its own within several months.

Bell’s palsy owes its name to the Charles Bell (1774 – 1842), the Scottish anatomist and surgeon who first described the condition. While anybody can develop BP, it is most common in patients who are between 15 and 60 years old.

1. Loss of Control Over Facial Muscles

A sudden inability to control the facial muscles is the best-known sign of Bell’s palsy. The affected side of the face may appear stiff, or it may droop. The patient will not be able to smile, frown, or exhibit other facial expressions. Anybody who develops this symptom or the other seen in BP should call their doctor, as they can occur with more severe conditions like a brain tumor or stroke.

In severe cases, the affected part of the face will completely freeze, so it will appear immobile and expressionless. The patient is sometimes unable to close their eye, and they may not have a corneal reflex so their eye doesn’t close if they touch their cornea.

A mild fever may be one of the early symptoms of Bell’s palsy, along with a stiff neck, pain behind the ear, and rigid or weak muscles on one side of the face. The symptoms can appear suddenly and rapidly develop over several hours.

For the record, doctors define a fever as a temperature of above 100.4°F. A slight or mild fever is one between that and 102° F. 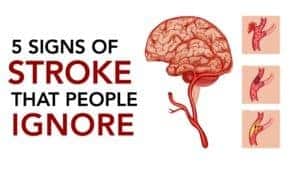 3. Pain Around the Ear

In many cases, the very first symptom of Bell’s palsy is a dull ache behind or in the affected ear. The patient may have this symptom for a day or two before developing the characteristic weakness of the facial muscles.

In 2014, The Scientific World Journal described a study in which researchers tracked the development of symptoms in 269 patients. They found that ear pain was the first symptom to appear in over half the patients. Many other patients reported dry eye or a distorted sense of taste as affecting them from the outset.

While Bell’s palsy itself is not life-threatening, its symptoms can resemble those of conditions that are. The doctor’s first step in diagnosing it will thus be to rule out conditions like stroke. During the medical history, the doctor will ask the patient about any recent viral infections or other illnesses. They will also discuss the patient’s symptoms and perform physical and neurological examinations. The doctor will order a variety of tests like blood tests and imaging tests. They may test the patient’s hearing and balance and measure the patient’s tear production.

The facial nerve also sends signals to the saliva glands and the lacrimal or tear glands. Bell’s palsy disrupts those signals, so the patient’s glands may produce too little or too much saliva and tears. The patient may thus have a dry mouth and eye, or they could drool and have a continually watering eye. The symptoms will depend on the part of the facial nerve affected. For example, if it is near a nerve branch, the patient may develop a dry eye, a dry mouth, or both. 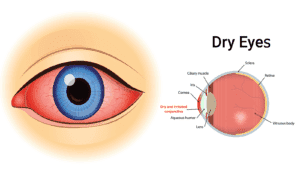 The damage to the facial nerve will also impair that nerve’s sensation. Consequently, the patient will often lose feeling in the affected side of the face. The exact cause of BP is not yet known. Doctors, however, have observed that it usually develops after a viral infection like the flu or a cold. Patients may also develop BP after a bout of Lyme disease or chronic infection of the middle ear.

Bell’s palsy can also cause muscles in the face to twitch. It can, for example, cause myokymia or muscle spasms in the eyelids. While such contractions are generally not severe, they can eventually irritate the eye.

Researchers have noticed that patients with certain conditions are more susceptible to BP. For example, the journal Medicine published a 2019 study in which scientists found that people who developed migraines had a higher chance of also developing BP, which they also called idiopathic acute peripheral facial palsy.

The researchers used data taken from the Korean National Health Insurance Service-National Sample Cohort, which contained information collected from 2002 to 2013. The scientists found 45,164 patients who had had migraines. They also found 180,656 controls who had not. The records also listed 5,244 patients who had been diagnosed with BP. The researchers found that a higher proportion of the migraine patients had been diagnosed with the condition. The results thus indicated that susceptibility to migraines increased a patient’s chances of developing idiopathic acute peripheral facial palsy. The researchers noted that migraine patients who were between 30 and 60 years old were particularly susceptible to BP.

Dysgeusia is a distorted sense of taste, and it is another symptom of Bell’s palsy. In 2017, the Journal of Audiology & Otology described a study in which scientists researched the possibility of a patient’s age or the severity of their BP, affecting their sense of taste.

The scientists worked with 29 patients who ranged from 14 to 70. They divided them into two groups consisting of people who were under 40 and those who were at least 40. They subdivided both groups by the severity of their symptoms. The researchers also had a control group of healthy volunteers.

The results of the tests showed that patients with paralyzed facial nerves had higher “taste thresholds” than did the control group. They were thus less sensitive to taste. The differences were far more marked in the younger patients than in the older ones. Dysgeusia, therefore, is more likely to affect a more youthful patient than an older one severely.

Hyperacusis describes an abnormally high sensitivity to sound. There are four types of hyperacusis: annoyance, fear, pain, and loudness. The last example is most common in people with Bell’s palsy. Loudness hyperacusis is sometimes nicknamed “supersonic hearing,” for the patient can hear softer sounds than a person with normal hearing.