However, there are some behaviors that many people present when a relationship is ending.

You may notice them in yourself, or in your significant other. They’re rarely intentional, and more so they’re underlying signs that a person is subconsciously preparing themselves for the end of a relationship.

5 BEHAVIORS SOMEONE DISPLAYS BEFORE ENDING A RELATIONSHIP

2. ESCAPISM FROM THE RELATIONSHIP

Fantasizing about ending the relationship when the going gets tough can mean that it’s just not meant to be. The thought of continuing the relationship can often cause stress, and you’ll start to find relief when you imagine yourself single, or engaged in a healthier relationship. The idea of no longer being with your partner stops being a devastating thought and starts to become more and more appealing.

The idea of no longer being with your partner stops being a devastating thought, and starts to become more and more appealing. It may be nothing to do with them – just two people growing apart and changing. 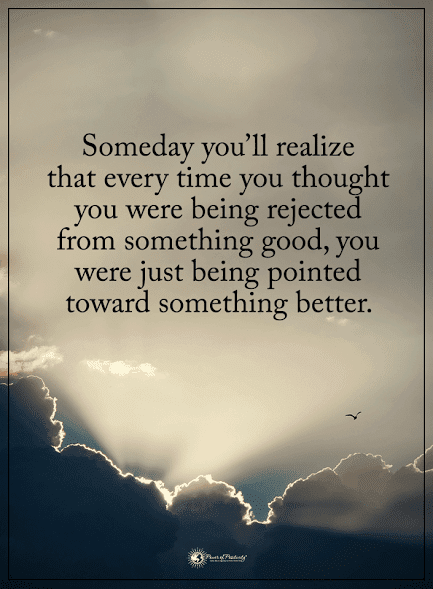 People who are ready to end a relationship, but not ready to admit it to themselves, may start to push their partners away. They become combative and pick fights over things that don’t really matter. Trying to push people away by creating problems is a sure sign that your inner mind knows that the relationship has run its course, even if you’re not ready to leave. By being combative, you may be trying to convince yourself that if they leave you, it won’t be your fault that the relationship is over.

By being combative, you may be trying to convince yourself that if they leave you, it won’t be your fault that the relationship is over.

4. DISENGAGEMENT FROM THE RELATIONSHIP

Slowly, you start to disengage from the relationship. This isn’t an official breakup, but it feels much the same. You’re no longer spending time with your significant other, and you often think of yourself as single, even if you’re really not. This is the point where it’s time to say enough is enough, because participating in disengagement from a relationship that your partner is still fully committed to can be hurtful to you both.

If you value the other person’s friendship and feelings, you’ll make your feelings clear sooner rather than later. It can save you both a lot of hurt feelings in the end.

When you first become aware that the relationship has run its course and all that’s left is to officially end it, you may feel as if the whole situation has become a surreal experience. You may become immediately indecisive about ending it. On the other hand, you might put in one last burst of effort into fixing whatever isn’t working in the relationship.

You will start to become aware of all the good memories you had, and become afraid of losing them – even if you’ll always have those memories. The best thing to do when the indecision hits is to remember how you’ve been feeling, and be honest with yourself and your partner.

The end of a relationship doesn’t always have to be a bad thing. Sometimes, two people simply grow apart. When a relationship has begun to run its course, it’s a good time to reevaluate what you want out of life, and be honest with both yourself and your partner.

Even though it may be hard, open communication about how you’re feeling can save everyone a lot of grief and confusion. If you find yourself displaying these behaviors, you may want to look inside yourself and be honest with how you feel about things. Sometimes we display these behaviors when a toxic relationship has become too much, and sometimes we do so when we’ve simply fallen out of love with our partners.

In the end, it’s all about learning to accept the way that relationships can change, and make the right decisions for ourselves.

Related Items end of a relationship ending a relationship relationships ending signs of end of relationship
Power of Positivity uses cookies to give you the most relevant experience. For more information see our Privacy Policy.
Continue
Manage consent