If there is one piece of advice that could go a long way towards reducing both the pain of everyday life and the aftereffects of emotional trauma, it’s this: you are not your thoughts. When we talk about “thoughts,” we aren’t talking about conscious cognitive functioning. Such thoughts are needed to function at work, school, and in social life. Instead, we’re talking about the incessant, nagging voice that tells you things like:

This pointless chatter – this false pontificating of the mind – is what leads some people down the road of depression, anxiety, and, yes, trauma. Let us not overlook chronic stress, a “21st century epidemic” per the United Nations, and a catalyst of trauma.

“It’s exhausting to fight a war inside your head every single day.” – Mickie Ann, author of Gods Behaving Badly

Emotional, or psychological, trauma is damage to the psychological makeup of an individual after living through a very distressing or frightening event. Trauma often affects one’s ability to cope or function normally in society. Emotional trauma may result from any number of events, including:

Trauma often precedes the onset of severe anxiety and depression, as is the case of post-traumatic stress disorder (PTSD). Sadly, many individuals with emotional trauma do not seek help. Some may not recognize that they, in fact, need help. Identifying the potential signs of trauma could make a difference in such a case.

On that note, here are eight possible behaviors of someone who suffers from emotional trauma:

As mentioned, anxiety is likely to follow a traumatic event. This anxiety, chronic in nature, often leaves the individual to feel they can never relax. People with a history of trauma explain that they feel as if they’re “on guard,” a condition known as hypervigilance.

In the case of a person developing depression first, they are likely to experience symptoms similar to those of an anxiety disorder. These symptoms include difficulty concentrating, irritability, and nervousness.

Multiple studies find a definite causal link between traumatic experiences and substance abuse. In a 587-person study published in the journal Depression and Anxiety, researchers recruited patients from clinic waiting rooms in Atlanta, Georgia (U.S.). The study population reported a lifetime dependence on multiple substances, including marijuana (45%), alcohol (39%), cocaine (34%), and heroin and opiates (6%).

The study’s authors note that all the individuals studied experienced childhood trauma, which causes changes to the “neural structure” of the brain and compromises its functioning. These changes resulted in various cognitive defects and psychiatric disorders.

Per the U.S. Department of Veterans Affairs (VA), anger can pose a severe burden to a trauma victim. Trauma suffered in early childhood may also produce changes to the brain that make it difficult for the victim to control his or her emotions.  Outbursts of extreme anger are very common for this reason.

Heightened feelings of anger also result from feelings of being betrayed. As such, victims of traumatic experiences may often find themselves in situations involving exploitation or violence.

Our brain is remarkable for so many reasons. One reason is that, through millions of years of evolution, the brain has learned to adapt to nearly any environment. For evidence of this adaptation capability, think of all the different places that human beings have been. We even built a rocket and landed on the moon!

But for people who suffer from emotional trauma, this ability of the brain to adapt may serve as a liability. A study published in the journal Comprehensive Psychiatry disclosed an existence of “significant associations” between childhood trauma, negative family experiences, and psychiatric problems in the history of females and males who find themselves incarcerated. Such findings suggest what all of us know intuitively: trauma stunts the developmental capabilities of the individual.

Traumatic experiences are hardwired into the brain’s limbic (emotional) system. Brain scans of individuals with PTSD confirm differences regarding the onset and elimination of fear as compared to victims without PTSD. More specifically, trauma victims often possess a heightened fear response.

Because of changes in the brain, trauma victims are more likely to experience distressing emotions such as anxiety, fear, and panic. Researchers believe this to be a result of overactivity in the brain’s emotional center.

Numerous studies have found a causal relationship between exposure to trauma and suicide. Moreover, the Interpersonal-Psychological Theory of Suicidal Behavior put forth by esteemed psychology professor and scholar Thomas Joiner posits that individuals with trauma may be less hesitant to commit suicide than the general population. In a piece published by the American Psychological Association (APA), Joiner writes:

“…it is hypothesized that the capability for suicide is acquired largely through repeated exposure to painful or fearsome experiences. This results in habituation and, in turn, a higher tolerance for pain and a sense of fearlessness in the face of death.”

Flashbacks, in the mind of a person with trauma, reenact the traumatic event in real time. The triggering of flashbacks can occur from ordinary, everyday experiences. For example, someone with a history of sexual abuse may experience a flashback when they see someone who reminds them of the perpetrator.

Without proper treatment, flashbacks may worsen over time. Fortunately, effective therapies are available that can help a person cope with extreme anxiety, panic attacks, and flashbacks. The widespread acceptance of natural relaxation techniques like mindfulness and transcendental meditation offers trauma victims more hope than they may have had in the past. 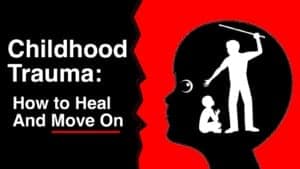 Sleep disorders such as insomnia and sleepwalking are more common in people with trauma, especially those who’ve been diagnosed with PTSD. Nightmares and night terrors are also frequent, along with sleep talking and night sweats.

Once again, researchers attribute these problems to changes in the brain’s natural chemistry. For people with a history of trauma who develop sleep disorders, these neurochemical changes are apparent in the amygdala, the area of the brain which releases the stress hormones adrenaline and cortisol.