“People with low self-esteem tend to see the world as a hostile place and themselves as its victim. As a result, they are reluctant to express and assert themselves, miss out on experiences and opportunities, and feel powerless to change things. All this lowers their self-esteem still further, sucking them into a downward spiral,” says psychiatrist and author, Dr. Neel Burton.

Here Are 8 Behaviors Of People Who Have Low Self-Esteem

“Low self-esteem is like driving through life with your hand-brake on.” – Maxwell Maltz

People who have low self-esteem are often indecisive. They have trouble making choices, and often spend more time than necessary deliberating over them. It could be something big or small. It doesn’t matter. Making a choice is difficult for people with low self-esteem, because to them, it feels like it doesn’t matter what they choose – The Universe is going to find a way to mess it up anyway.

“People with high self-esteem are decisive because they understand that their opinion is worth just as much as anyone else’s even if they are with high-profile people like the President of the United States,” says author Robert Chen. 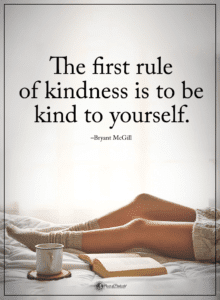 People who feel good about themselves are often targeted by someone with low self-esteem. These people tend to put others down more often than they lift them up. They always seem to have something sour to say in every conversation.

4. Someone with low self-esteem fears failure

People with low self-esteem don’t believe in themselves. This creates a fear of failure. They won’t even try to reach their goals or challenge themselves because they don’t believe they are capable of it in the first place.

“Perfectionism is one of the more destructive aspects of low self-esteem. A perfectionist is someone who lives with a constant sense of failure because their achievements, no matter how impressive, don’t ever feel quite good enough,” says psychotherapist Christine Webber.

People with low self-esteem will often give up, because at least then they can control the outcome. They would rather be seen as quitters than failures.

As humans, we all make mistakes. It’s just part of life. Most people can recognize a mistake, correct it, and then move on. However, people who have low self-esteem don’t have that ability. In fact, people with low self-esteem become easily frustrated with their mistakes. Mistakes consume them, and they can’t stop worrying about them. Instead of correcting them, they tend to lash out and avoid addressing them if at all possible.

They have trouble saying “no” to tasks or favors, because “I believe some of it comes from being nice and wanting to be helpful but a big part of it comes from wanting to please people,” adds Chen.  Even when they are overworked and overwhelmed, someone with low self-esteem isn’t likely to say “no”.

“If you want to build your self-esteem, learn to say “no” when you really want to say “no”,” concludes Chen.

Chances are, we all know someone in our life who is always saying, “I’m sorry” even if there’s nothing to be sorry about! People with low self-esteem are always trying to minimize the impact they have on people. They tend to apologize for speaking their mind, for talking about their emotions, or even asking for a favor.

“When a person feels worthless, they can start to show poor performance or stop trying to achieve in areas in which they feel defeated: academically, professionally, or personally,” says psychologist and author Lisa Firestone, Ph.D.

Everyone needs to be reassured once in a while. It’s a good way to get a reality check. However, people who have low self-esteem are constantly seeking reassurance from other people. They need to make sure their friends and family care about them. They also seek reassurance for their own thoughts, often asking if something they say, or feel, is appropriate.