Not only does this mental illness affect the person who suffers from it, but it also affects anyone that is around them. The antisocial person tends to be aggressive, and they can often engage in violent behaviors.

They are also known to have a lack of consideration for anyone other than themselves. The person that suffers from this condition has trouble with anyone of authority. Sadly, their actions hurt others so that they can use that victory for their gain.

Dealing with any personality disorder is never easy. However, antisocial personalities often have symptoms that are challenging to deal with, and these behaviors can be potentially harmful.

Understanding antisocial personality disorders is not an easy task. Since so many mental illnesses have gray lines that are often blurred, it’s best to seek professional help to identify individual mental health needs. Here are some signs that your friend or loved one might be dealing with an antisocial personality. 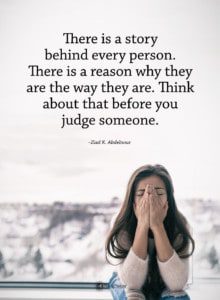 Everyone has responsibilities in life. You need to have a job, pay bills, and keep your household in order. However, people with antisocial personality disorders often have a hard time doing the necessary things because they lack responsibility.

It doesn’t mean they are lazy; it just means that the disorders often give them issues with authority. No manager is going to put up with insubordination and a lack of respect for management. Therefore, so many of these people have a hard time maintaining a job.

Sadly, many of these people will look to criminal acts to make money to support themselves. They will never take responsibility for their part in a job loss. Rather, they will always blame someone else for the reasons why they had to part ways.

One thing that is very noticeable in someone who has antisocial personality disorders is their charm. They must be very cunning and witty to gain favor with other people. They have developed methods over time that will help them to manipulate people and then convince them that they are trustworthy.

However, once a person gives their trust to this person, they are abused, violated, and often placed in a bad situation. The goal of the antisocial is to have their needs fulfilled, and they will use anyone they can to accomplish their desires.

The most common tactic used by someone with antisocial personality disorder is emotional blackmail. Some may play these games for the sheer joy it brings them. Consequently, they don’t form lasting relationships because people avoid them once they learn their true nature.

3. You Can’t Believe A Word They Say

Each person is born with a moral sense that helps you distinguish right from wrong. However, the antisocial person doesn’t feel the need to be honest with others. If anything, they think that they need to make up grand stories or lie about their business.

The individual with antisocial personality disorders has no problem lying. Their lies are often used to blame someone else when they are the one that committed the deed. Any way that they can deceive you for their own personal gain is not off-limits. That includes lying, cheating, stealing, or using whatever tactics they can. No matter how much it seems like they like you, they will use your relationship for their gain. 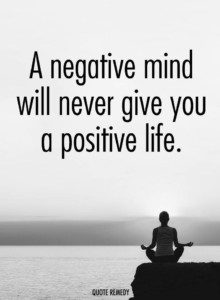 Taking risks is part of life. It’s a gamble to buy a home, switch jobs, or start a family. A person with normal thought processes will evaluate the potential reward alongside the risk.

Consequently, the antisocial will take any risk that is given to them, even if it means they get a small reward for the action. If the risk involves criminal activity, they won’t even give it a second thought.

It’s very common for the person with antisocial personality disorders to have many altercations with law enforcement due to their drive to walk on the wild side.

5. They Display No Remorse for Their Actions

There are specific rules that you must follow to live and function well in society. However, the antisocial doesn’t think the rules apply to them. Forget treating each other with respect and kindness.

Since the antisocial doesn’t have any remorse for their actions, it makes it easier for them to harm others. Everything they do is for their gain, and they don’t care who they must hurt to get what they want.

Many people feel that they are getting through or helping this individual, but the truth is they are just being used as another pawn in their game.

6. Substance Abuse is Commonplace in People with Antisocial Personality Disorder

It’s not uncommon for the antisocial to self-medicate with drugs or alcohol. They have little self-control when it comes to these vices. Remember, they are risk-takers, and they have a lack of responsibilities, so they have no issue abusing substances that make them feel good.

These people often have severe financial problems because they will drug seek and usually don’t have a steady source of income. They will do anything to get that next fix, even if it means committing criminal acts.

Since they have no respect for authority, gladly break the rules, have a challenging time finding gainful employment, and have a desire to self-medicate, it’s easy to see why the antisocial has problems with the law. Most will have a significant rap sheet because of their many incidents.

Additionally, they don’t think of the consequences of their actions, or they don’t care. If their actions bring you down with them, they will have no remorse for bringing you into their ploy. They feel that they are above the law. When they are caught, don’t look for them to admit to any wrongdoing, either. They may become a little paranoid thinking everyone is against them even when they are guilty.

8. They Can’t Have Healthy Relationships

Finding the right partner is often difficult. However, most people eventually stumble on to the person that completes them. Relationships are difficult to manage, but they are worth the effort.

The antisocial person is prone to have unhealthy relationships. Since they have no issue with lying and using manipulation, even on the person they love, it can cause a real wedge in the union.

Additionally, most people aren’t going to put up with someone who is always in trouble with the law, has substance abuse issues, is dishonest, and can be abusive. It doesn’t make for a match made in heaven.