Have you ever blared your horn at someone who cut you off in traffic? Have you envied a friend, a neighbor, a coworker — even a celebrity? Do you beat yourself up over things you did in the past? When you think about the future do you catastrophize what may happen?

These 10 amazing peace of mind quotes to live a harmonious life will help you find a quiet place within the storm:

These are just a few ways we rob ourselves of serenity.

1. “Peace comes from within. Do not seek it without.” — Buddha

Buddha (Sanskrit for “awakened one”) was the founder of Buddhism. Buddhism is not a religion, but the spiritual practice of attaining enlightenment. In the Western world, Buddha is sometimes mistaken for a god, but he was actually a mortal.

2. “Peace of mind comes when your life is in harmony with true principles and values and in no other way.” — Stephen Covey

Stephen Covey was a renowned motivational speaker and author whose defining book, “The 7 Habits of Highly Successful People,” provided personal and professional time-management training. The New York Times listed him among 1996’s 25 most influential Americans.

3. “Forgive others not because they deserve forgiveness, but because you deserve peace.” — Mother Teresa

Revered as a saint, beloved as a nun and missionary, Mother Teresa spent her entire life working tirelessly and selflessly in service of the impoverished, ill and abandoned. She lived among Calcutta’s staggeringly destitute inhabitants — including lepers — relentlessly striving to improve their lives. In 1979 she was awarded the Nobel Peace Prize for her philanthropic work.

Mister Rogers (née Frederick McFeely Rogers) was the pioneer of children’s educational programming. In his show, “Mister Rogers’ Neighborhood,” Rogers gently and supportively encouraged children to love themselves and their neighbors, often imparting wise peace of mind quotes. He received the Presidential Medal of Freedom for his contribution to children’s education initiatives.

5. “Peace is not merely a goal but a means by which we arrive at that goal.” — Martin Luther King, Jr.

Martin Luther King, Jr. was a visionary social activist who profoundly affected civil rights and race relations. His iconic “I Have a Dream” speech poignantly and powerfully declared that there could be unity among all races. In addition to many honors, King received the Nobel Peace Prize in 1964.

6. “Peace in your mind, peace on earth, peace at work, peace at home, peace in the world.” — John Lennon

John Lennon was known for many peace of mind quotes, including this stirring sentiment that peace in your mind will permeate all aspects of life. Lennon, a member of the musical phenomenon, the Beatles, was also a solo artist and an anti-war activist. Ironically, a crazed fan murdered this messenger of peace in 1980.

Virginia Woolf was an innovative mid-20th century author known for her unique literary stylings. Similar to impressionist paintings, she crafted her novels to create impressions rather than reflect reality. Her most prominent novels are “Mrs. Dalloway,” “To the Lighthouse” and “The Waves.”

8. “There is peace even in the storm.” — Vincent Van Gogh

9. “Success is peace of mind which is a direct result of self-satisfaction in knowing you did your best to become the best you are capable of being.” — John Wooden

John Wooden, college basketball’s most successful coach, created a sports dynasty with UCLA’s Bruins. The team, which featured superstars Kareem Abdul Jabbar and Bill Walton, won 10 national championships from 1964 to1975, and a record-breaking 88 consecutive games from 1971 to 1974. 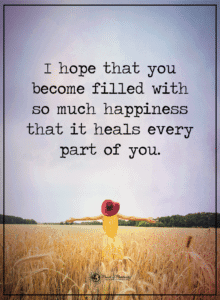 Zen master Thich Nhat Hanh is a Buddhist monk, author, and teacher who also imparts profound peace of mind quotes. He shares his wisdom about meditation and mindfulness as transformative paths to finding joy and peace in the moment. His endeavors compelled Martin Luther King, Jr. to nominate him for the Nobel Peace Prize in 1967.

Indeed, you don’t have to be a monk on a windswept Himalayan mountaintop to access peace of mind. It isn’t something that is bestowed during the course of several lifetimes. It is completely accessible, practical, and available to you right at this very moment. May these peace of mind quotes light your path.