Here’s an interesting factoid: the average person will spend one-third of their life at work – or approximately 90,000 hours. Given this amount of invested time, it’s hardly surprising that work impacts our health. Per the World Health Organization (WHO): “Work may have both a positive or an adverse effect on the health of the worker.”

As many of us do not labor in physically hazardous conditions, work-related health ultimately comes down to the quality of the working environment. An organization’s leadership and company culture, as well as the quality of our working relationships, have an impact on the environment – and, ultimately, our physical and mental health.

“In the most favorable circumstances work provides the income and material outputs (and) has a positive impact on social, psychological, and physical health and well-being,” reads a WHO report on occupational health. “In spite of this, conditions at work (for) many occupations and in many countries still involve a distinct and even severe hazard that reduces the well-being, working capacity and even the lifespan of working individuals.”

Most governments consider the right to health and safety at work as a basic human right, yet most are plagued with workforces that are both dissatisfied and unhealthy. Per Gallup’s “2017 State of the American Workplace,” for example, a mere 33 percent of workers are ‘engaged’ in their job. 51 percent are doing enough to get by, and the remaining 16 percent detest their work (often voicing their displeasure.)

What do such dismal results show? “These figures indicate an American leadership philosophy that simply doesn’t work anymore,” says Gallup Chairman and CEO, Jim Clifton, “One also wonders if the country’s declining productivity numbers point to a need for major workplace disruption.”

Signs of a Workplace Bully, Don’t Tolerate These Aggressive Actions

The Workplace Bullying Institute lists five of the most commonly reported aggressive behaviors in the work place as:

Falsely accusing someone of misconduct is a type of passive-aggressive behavior that is very common in the workplace. Not only is such behavior against most organizational policies, but it is also likely to be against the law. Making false statements of sexual harassment is probably the biggest problem facing workplaces today.

The victim is likely to suffer considerable mental and physical stress as a result of being wrongly accused. False accusations can create a culture of distrust and disdain, low employee morale and diminishing productivity.

In a bully’s eyes, verbal harassment is satisfying, safe, and hard to prove. As the market becomes more competitive and fast-paced, the number of complaints involving verbal intimidation and abuse continue to rise.

Experts consider verbal intimidation to be either deliberate or inadvertent. Most workers will readily admit that the latter variety “just happens.” Indeed, they claim it is a part of being in a competitive environment. While that may be true, it can still be harmful if left unchecked. Deliberate verbal abuse in the workplace is against the law, and you should report it. 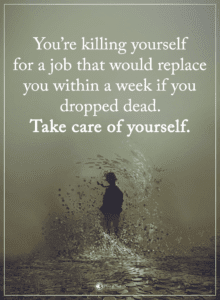 Did you know that the first amendment to the U.S. Constitution – the freedom of speech and expression – does not apply in the workplace? While it’s understandable that some speech can’t be allowed in a professional environment, actively disregarding someone’s thoughts and ideas can undoubtedly be considered abuse.

So make no mistake: if someone is trying to shut you up, you may have a legitimate complaint. Attempting to undermine work-related communication hinders the ability to do one’s job, which often falls under the definition of “employee harassment.”

Unfortunately, office politicking is a very real thing. Taken to the extreme, a worker may find that their contributions are undervalued – or even disregarded altogether. Such behavior is a deliberate act of aggression and probably against the law. Most organizations fiercely combat such behavior as it threatens the efficiency and potential profitability of their operations.

Government organizations, predictably, are especially prone to backslapping, tit-for-tat working environments. (Hmm, maybe that’s why a trip to the DMV is enough to provoke an episode of insane rage?)

Physical aggression isn’t just about punches and kicks (most people aren’t idiots), but any form of unwanted touching. This includes “accidental” rubbing/massaging/caressing, and so forth. Sexual harassment that involves touching is also a form of physical aggression.

In short, it’s a bad idea to gesture or touch someone in any way (wanted or unwanted) in the workplace. Most employee grievances of physical aggression are treated very seriously because of legal ramifications, and termination of employment is a frequent outcome of such cases.