According to the National Institutes of Health, around 10% of all American citizens have depression. That’s over 20 million people! More shockingly, the past 15 years have seen a dramatic increase in antidepressant use: a 65% increase in fact.

Due to the high cost of antidepressants and the difficulty of finding medications that specifically work for each person’s unique situation, many are turning to more holistic, alternative methods to aid their mental disorders.

One such alternative method currently being explored is acupuncture. It seems unorthodox to many cultures, but there are some positive sides to this ancient form of healing – and some of those positives may be for mental health.

Researchers Reveal How Acupuncture Can Help You Replace Antidepressants

Acupuncture is a medical technique that involves using needles to stimulate particular points on the body. These needles are gently inserted or pricked into certain parts of the skin, typically to help ease the pain.

First, we need to discuss how acupuncture supposedly works. Traditional Chinese practices of this technique were rooted in the belief that disease and illness are caused by a disruption in the body’s natural qi or energy flow. The needles inserted into areas of the body release the negative qi and allow a better energy flow.

Current hypotheses about how this practice is effective are wide-ranging. One of the most popular ones suggests that the needle points stimulate nerves in the body, working through neurohormonal pathways. This will send a positive signal to the brain that creates feelings of happiness and decreases feelings of pain.

Another popular hypothesis suggests that acupuncture reduces proteins that cause inflammation in the body. This leads to decreased pain. Another theory suggests that the needle points may help send signals for nerve repair, allowing for nervous system treatment.

Most doctors who do not perform traditional Chinese medicinal practices remain unconvinced regarding its effectiveness. That said, some research does suggest that a possible link between mental health and acupuncture. The question is, exactly what are those links?

2.    The Brain’s Response To Acupuncture

One of the hallmarks of depression, specifically of major depressive disorder (MDD), is an abnormally sized amygdala. The amygdala is a part of the brain and is a member of the limbic system.

The limbic system, in turn, consists of a group of multiple structures connected to some of our stronger emotions and our sense of memory. The aforementioned emotions include:

Those with MDD have an oddly sized or massed amygdala, which leads to incorrect interpretation and creation of emotions, often leading to feelings of emptiness or indifference, and at other times amplifying the wrong feelings.

Acupuncture may release certain amounts of stress within the limbic system, teaching the brain to respond more positively to neurofeedback and releasing emotional distress in the process. These points in the body can supposedly “train” the amygdala to attach more positive thinking to experiences and situations.

Two times as many women live with depression than men. This phenomenon is not fully understood, but it can be suggested that the hormonal shifts that women biologically experience may put them at higher risk for depression.

A woman’s hormonal system doesn’t just change during puberty. It goes through regular shifts during periods and premenstrual syndrome; it also goes through a huge roller coaster during the process of pregnancy and childbirth. Finally, it is forever altered at menopause. That’s not even counting the hormonal or menstrual cycle-related conditions that can affect women, leading to even more hormonal imbalance.

This can be quite bad for the endocrine system. Acupuncture is able to provide some balance to these extreme ups and downs caused by hormonal imbalance. It helps blood flow move more smoothly so the brain can better function on regulated testosterone, estrogen, adrenaline, cortisol, and more.

Research has also found that electroacupuncture has positive effects on stress, preventing increases in hormones that cause these stressful feelings. The same study suggested the results of this stress-relieving technique can be long-term.

We just talked about hormonal regulation through acupuncture, but did you know that some research suggests the medicinal technique can boost the production of endorphins? Endorphins are essentially feel-good hormones that provide positive emotions and sensations to the body.

A neuroscientist named Richard Harris, who works at the University of Michigan, found through brain scans that acupuncture can actually stimulate the nerves and nerve cells to provide a boost in endorphin levels. This can actually help relieve pain, too.

This was discovered through positron-emission tomography imaging, which is a form of brain scan. There is no way to note whether endorphins truly are getting produced, but there is a way to detect them more subtly.

Endorphins are attracted to opioid receptors, which sit on the surfaces of nerve cells. When activated by endorphins, the cells stop sending negative messages to pain receptors. This has a positive effect on those with chronic pain, and on those who experience anxiety and depression as a result of pain.

Over the years, much research has found links between depression and obesity. This is not to say that you cannot be overweight and happy – but if your depression is a side-effect of obesity, then acupuncture may be able to help.

Cravings for unhealthy food are often a result of enzyme deficiency or hormonal and blood glucose imbalance. Unfortunately, a lot of these cravings for unhealthy and processed foods increase the chances of weight gain. Plus, feeling depressed can lead to even more urges to eat unhealthily.

Acupuncture provides normalizing effects on blood sugar, which can help quell cravings and provide balanced blood sugar levels. Without this balance, one may succumb to diabetes or simply be unable to break the cycle.

Given the fact that acupuncture can also boost energy levels, you may feel encouraged to exercise more often. This can be just the extra push in the right direction that someone with obesity needs to begin making good lifestyle changes.

6.    It Can Alter Genetic Predisposition To Depression

Many individuals have mental illness passed down to them from their parents, grandparents, or even from further generations back. This means they are naturally predisposed to depression, anxiety, or other mental disorders. As such, it can be difficult not to develop these conditions during difficult times, or simply naturally at some point in life.

For those who know their depression is genetic, they may feel like there is no option for them and that they have no choice other than antidepressants or other drugs. They may believe that there is no way to change what they experience since it comes with their genetics. 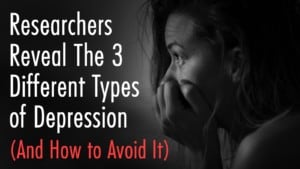