Genetic gifts are truly fascinating. The human body is capable of countless amazing, wondrous things. Some people even beat out the odds to win genetic lotteries of sorts – they’re the proud owners of “superpowers”!

Many times, the secrets to special “superpowers” lie in genetics. Gene mutation might sound like something straight out of a horror sci-fi film, but that’s far from the case. Mutations just mean that something different developed due to an abnormal transformation.

Genetic mutations can provide incredibly gifts to those who inherit them. Are you one of them? Statistically, you may not be, but it’s certainly interesting to think about! Here are some genetic gifts most people don’t have.

Here Are 8 Genetic Gifts Most People Don’t Have

It’s fairly standard knowledge that the average person needs between 7 and 9 hours of sleep every night. Getting less than that can lead to health and concentration issues. Often, those who fail to receive sufficient sleep end up feeling tired, falling sick more easily, and neglecting positive thinking.

But some people only need 6 hours – or even less – of nightly sleep! They feel well-rested after what seems like barely any rest to us. They eagerly get out of bed and don’t feel detrimental effects from what we consider a lack of sleep.

Why does this happen? According to this study, this is a result of a very rare genetic mutation. What happens is the gene DEC2 mutates. These individuals will then experience REM states more intensely, which causes more efficient sleep. Basically, they get better sleep naturally, so they have a lower psychological need for sleep than most other individuals.

Sadly, this hack to getting more hours in your waking day isn’t very common. It’s found in less than 1% of those who consider themselves short-sleepers! This means even if you think you can sleep for six hours and be totally fine, chances are, you really can’t. Positive thinking can’t help you here!

Naturally, the majority of the population is more adaptable to heat than cold. We are better equipped at handling and surviving in hotter temperatures than cold climates.

But in countries all around the world, there are people who live in extremely chilly locations. Siberians and Inuits, for example, have to survive and even thrive in their very, very cold homes. As it turns out, though, for some, they haven’t just adapted – their genetic code has evolved.

People who live in cold climates have become biologically different from the rest of us. Their body responds in a different way physiologically to the cold. Here are some notable features:

These abilities are, in fact, on a genetic level. In other words, people who live in these same environments – even for decades – will not develop this feature. Research has revealed that indigenous Siberians are able to adapt to their cold homes better than Russians who live in the same locations and under the same temperatures.

These impressive features are likely why Inuits and Siberians are capable of living in freezing conditions and doing well for themselves there. It’s an incredible feat!

But people with tetrachroma have four types of cone cells, allowing them to see more than a hundred times more colors than average people. While ordinary individuals can only see a million colors, tetrachromats can see more than one hundred million.

There aren’t too many studies on those with this unique gift, mainly because most individuals who have this condition don’t realize they see the world differently. Sometimes, their eyes might need to be trained to look for these extra colors. This means that, sadly, for many, this gift goes unnoticed.

Still, the ability to see more colors is certainly an intriguing one. According to those who are believed to have this condition, they see mosaics of different shades where people with ordinary color vision see just one solid hue!

When one ages, they have a tendency to develop physical issues. One of these is the loss of bone density and bone mass. This problem is commonly known as osteoporosis. Cases of this disease cause fractures, breaks, and deformations in bones.

Although this is a terrible condition, there is some positive light being shed. It’s all thanks to certain members of the Afrikaner population. This population consists of South African individuals who have Dutch blood in their genetics. Some people who have this ethnicity have a special gene mutation of the SOST gene.

The SOST gene is responsible for the control of a protein called sclerostin, which works to regulate and manage the growth of bones. According to TheScientist, people with this SOST genetic mutation don’t lose bone mass as they grow older. Instead, they continue to gain bone density and mass as time goes on!

There is a downside to this, however. Afrikaners who inherit only one copy of this mutated gene are fine. But those who inherit two copies have what is called sclerosteosis. This condition causes:

It’s certainly unfortunate that only gene carriers who are heterozygous enjoy positive benefits throughout their lives. Still, plenty of research is being carried out on this gene mutation. Researchers hope to be able to find ways to reverse skeletal disorders such as osteoporosis through their studies.

For the most part, animals’ eyes are only able to see truly clearly either in air or when underwater. As humans, our strengths lie in seeing in the air. Although we can open our eyes when underwater, that can be a little irritating, and our vision won’t be that clear anyway.

Water’s density doesn’t allow us to see very well through it. It’s approximately the same density as our eye fluid, so it makes sense that refracted light isn’t able to pass properly through it and into the eye. This is why our vision gets so blurry when we try to see underwater.

But for a select group of people, this isn’t a problem. This group of people is called the Moken, and they spend approximately eight months annually either on stilt houses above the water or in boats. This lifestyle means only going back on land to get supplies, purchased through a bartering process.

Moken children are typically tasked with diving to the sea floor to collect different kinds of food, including sea cucumbers and clams. Over time, this has allowed Moken children to be born with genetic gifts that cause their eyes to completely change shape underwater! This research was published in the journal Current Biology.

Their genetic gift allows the Moken people to have crystal clear underwater vision. Light refracts correctly into their eyes, giving them underwater vision twice as sharp as Europeans. They have this perfect vision even at 75-foot depths!

Anyone who has been mountain climbing knows that high altitudes are pretty difficult for the body to deal with. The body struggles to breathe with so little oxygen around, and you have to be conditioned before heading up a tall hill.

As it turns out, some people possess genetic gifts that allow them to survive at these high altitudes. Tibetans are one of them. Many live at a whopping 13,000 feet above sea level, and their living arrangements have caused genetic modifications in their bodies over the years. Here’s how.

In order to compensate for the oxygen-depleted locations they call home, many Tibetans are born with larger chests that contain bigger lung capacities. This means that they breathe more than the average human with every inhalation.

The average person will produce a higher count of red blood cells when their bodies are low on oxygen. Meanwhile, Tibetans do the opposite – they produce fewer! This is due to the fact that red blood cells cause thicker blood over time, which can cause blood flow issues and clots. If they had these issues, they wouldn’t get sufficient oxygen to their brains!

To top it all off, these traits are maintained even when Tibetans live lower. They are not simply phenotypic adaptations, but genuine genetic ones. Sherpa guides and Nepalese individuals also share these characteristics.

It’s common knowledge that type O blood is the true universal blood type. But this isn’t actually entirely true. We all know of the eight standard, most common types of blood:

But these aren’t all the blood types out there. In fact, according to The Atlantic, while blood outside the ABO system is very rare, there are actually 35 known types of blood in the world. Many of them have millions upon millions of kinds of variations, too, apart from just positive or negative.

Due to how rare these blood types are, people who need transfusions from them often run into difficulty finding compatible blood. Their main help comes in the form of the rarest blood type to ever exist: Rh-null blood. Rh-null blood lacks all Rh antigens, which is so uncommon that only around 40 people have been found to have it! Talk about a genetic anomaly.

Rh-null has been dubbed the golden blood type due to the fact that it can work with almost all blood types. Most people’s bodies will naturally reject blood with unfamiliar antigens to it. Since Rh-null blood does not have antigens, this won’t happen. Essentially, it’s a life-saving gift!

According to Scientific American, HIV infects the body through the use of a protein called CCR5. This protein is essentially an open door for the HIV virus. But there are some people in the world who have a special genetic condition. Their CCR5 protein is disabled, meaning HIV has no way in. 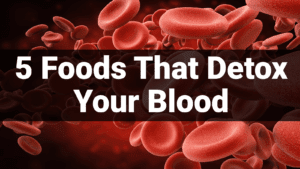 It’s important to note, though, that these people are not completely immune. Instead, they are resistant to contracting HIV. In some rare cases, though, they may still develop the disease. This is because some strains of HIV are able to use other proteins in order to get to the cells they want.

Currently, the individuals with the most reliable resistance to HIV have two copies of the CCR5 disabling gene. This makes up about 1% of the Caucasian population, and it is even less common in different ethnicities. So when it comes to HIV, you still should never take your chances.

Final Thoughts On Genetic Gifts Most People Don’t Have

We all want some sort of superpower, even if it’s just a minor one. Although the gifts on this list aren’t exactly superpowers, they do spring from genetic mutation – and that sounds like a stereotypical superhero origin story, don’t you think?

So, do you have any of these rare genetic gifts? Do you suspect you may have a different one? Or are there just some odd “superpowers” you seem to have? Whatever the case, it’s things like these that make the body, brain, and human race that much more beautiful!