First, it’s important to understand some basic tenets about “ being attractive ” and physical appearance.

#1: Our physical appearance tends to mirror how we feel inside. It’s not just the obvious outward display of laughing, crying, and so forth that show how we feel at any given time.

#2: Physical appearance is not the only factor determining our level of attraction to someone else. Our behavior and how we choose to conduct ourselves have a big impact on whether or not people are attracted to us.

#3: “Being attractive” can be intimate or platonic. It can be felt with either a stranger or a close friend. Attraction, at its core, is a manifestation of our personal energy. Our fellow human beings are either attracted to or repelled by this energy –it is that simple. Others want to be around someone that makes them feel positive.

It needs to be said that this article is not meant to critique anyone’s physical appearance – and certainly is not meant for anyone to critique their own harshly. Instead, it’s simply designed to be an educational piece that may be helpful.

As you read through this list, you’ll notice that the things that make us less attractive are more behavioral.

Here are 7 things that make you less attractive – and how to reverse them!

Because of your smile, you make life more beautiful. – Thich Nhat Hanh 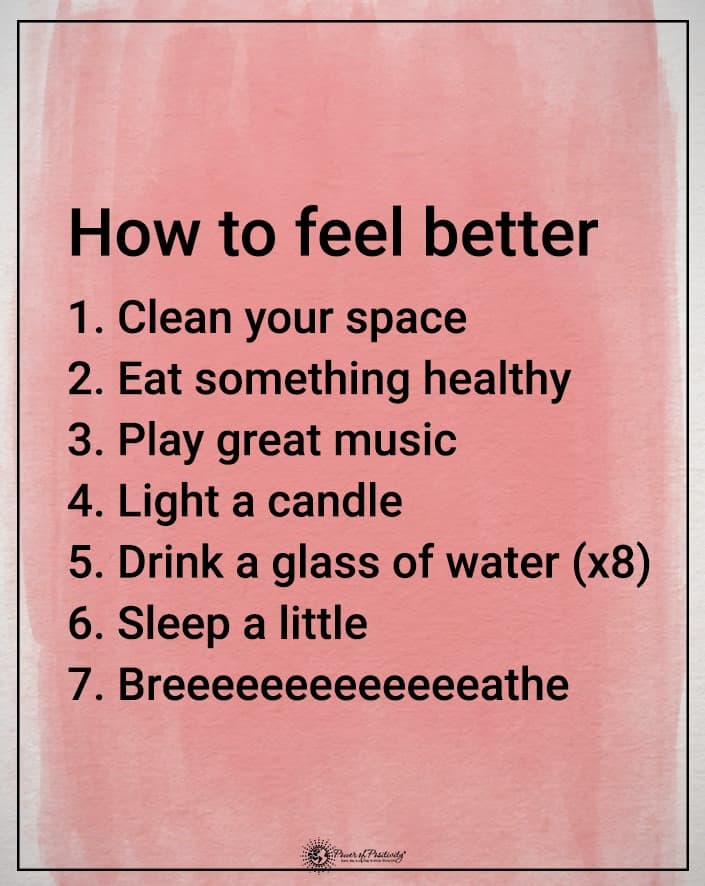 1. Making everything into a competition is not attractive

There is no doubt that some competition is good…in the right environment and at the right time. Constantly comparing ourselves to other people, however, is unnecessary. Pressuring others to compete with us when is uncalled for and downright rude.

Why is this not attractive? Because nobody wants to be around someone that is constantly seeking recognition. Success and failure mean different things to different people.

Instead, seek to achieve goals for personal reasons or limit the competition to appropriate areas of life (work, sports, etc.). Remember, goals and achievement should bring about a sense of personal fulfillment, not be used as a reason to feel superior to others.

2. Acting rude toward others

This is a no-brainer: people don’t find rude people attractive. Being polite and cordial is a necessity for any kind of productive relationship. Rude people, for some reason, don’t see an issue with constantly scrutinizing others – and therefore aren’t attractive to many.

Further, it’s not difficult to be moderately respectful to others. As such, there is no excuse to act rudely regularly. No surprise that most people find such behavior far short of attractive.

Even if we don’t “like” someone, we can still be respectful toward that person. If a situation arises, that may cause conflict, simply walk away. There is no need to exacerbate conflict when it can be avoided.

3. Having an attitude of superiority is not attractive

Ever known someone that thinks, for no particular reason, that they are better than everyone else? If so, what did you think about them? Most likely, you didn’t have a favorable opinion.

Someone that looks down on others is not attractive in the worst way. Who wants to be acquainted with such people?

To counteract this, we should remember that each of us is human with different strengths and weaknesses. The odds are that we are more adept in some areas of our lives than others. We’re also likely to have weaknesses that others do not have. Regardless, we shouldn’t judge ourselves or others for perceived strengths or weaknesses.

Here’s an experiment: loudly complain about something in public and watch people’s expressions. Yes – that is real disdain on their face.

Not only is obnoxious complaining repulsively not attractive, but it’s also completely pointless. Unless you’re being served somewhere (e.g. a restaurant or bar) and receiving poor service, there are few other reasons to lob complaints.

Instead, seek to have a constructive dialogue with someone. Leave petty complaints and unproductive banter at home. Complaining will accomplish nothing except increase hostility. Not only will you be more attractive, you will lower the health risks associated with complaining.

Again…it’s as simple as practicing common courtesy. We should all understand by now how to exercise elementary levels of self-control.

To reverse this habit may be difficult – at least initially. To better ourselves in this respect requires being more conscientious of others. When someone is exercising their right to speak, simply let them finish. Watch their mouth to determine when they’re finished making their point. Also, leave others who appear to be in the middle of something. 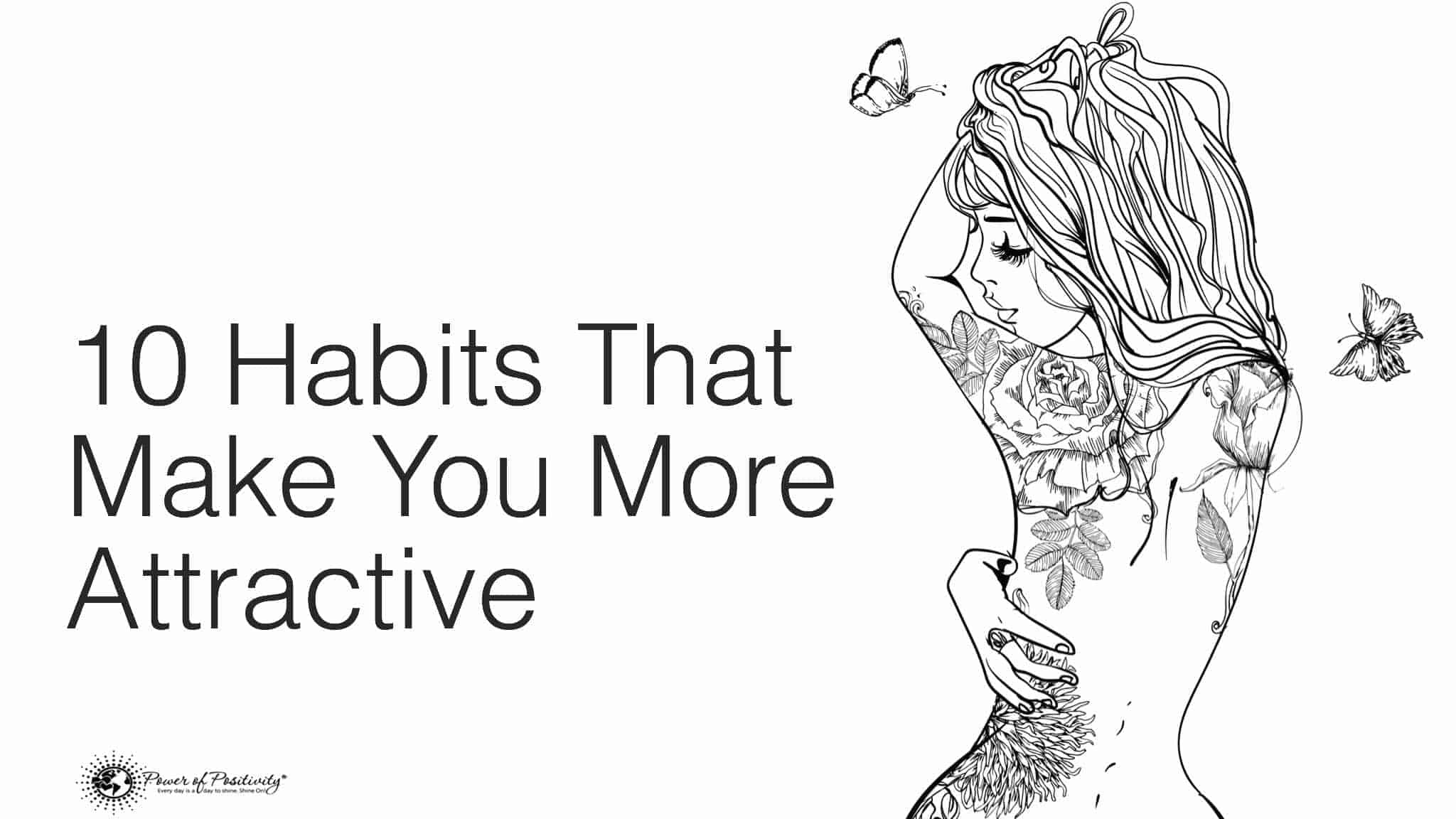 6. Not listening when someone’s talking

Communication is one of the most essential elements of any relationship. We expect to be listened to, and others expect us to reciprocate. It’s simply unacceptable (and unattractive) not to listen when someone else is attempting to speak.

Here’s another experiment: when someone is talking – in a meeting, at a table, etc. – look around at what other people are doing. Oddly, at least one or two are shuffling in their chairs, looking at their phones, or chit-chatting with someone else. RUDE!

As with #5, this may be a difficult habit to break. The simplest and most effective way to listen well is to make eye contact while resisting the urge to do something else. Again…easier said than done. Over time, however, the practice of effective listening will become second nature.

7. Making conflict for no reason makes you less attractive

Pretty self-evident here – nobody wants to be around someone constantly stirring up trouble. So, why do some people insist on doing just that? The answer: attention.

Instead of attention, that person is more likely to invoke feelings of disdain. In fact, instead of garnering attention, rational folks will probably just ignore the busybody in the room.

To reverse this behavior, we should all take responsibility for ourselves – and ourselves only. We don’t need to stir up drama to feel important…and it is that simple.

Related Items attractiveness featured how to be more attractive increase attractiveness lifestyle things that make you less attractive
Power of Positivity uses cookies to give you the most relevant experience. For more information see our Privacy Policy.
Continue
Manage consent