“What we are today comes from our thoughts of yesterday, and our present thoughts build our life of tomorrow: Our life is the creation of our mind.” – Buddha.

There is a tremendous amount of information about the power of the human mind. Discoveries in brain science, coupled with astonishing acts of human will, have solidified the human brain as perhaps the most powerful, life-changing force in the world.

While there is much information available, it is what we ultimately choose to do with this information that dictates how our lives ultimately turn out. Only the practical application of these concepts will constitute a truly life-changing experience.

We strongly encourage, while reading this article that you make a conscious decision to apply this potentially life-changing knowledge to better your own life. If done correctly, you will experience some truly amazing results.

Without further ado, here are 7 incredible discoveries that prove the power of the mind.

There are certain physical feats that we can only achieve when we actively pursue them. However, visualization – the recreation of all the images, sounds and feelings in your mind surrounding an activity – can create some astounding experiences.

Psychologist Alan Richardson set out to prove the power of visualization through an experiment. Richardson, an Australian psychologist, gathered a group of basketball players and split them into three groups. The intent of this study was to demonstrate the effectiveness of visualization in how the players converted free throws.

The three groups were as follows:

– The second group visualized themselves making free throws, but didn’t participate in practice.

– The third group did not practice free throws or visualization.

The results were amazing. The group that only visualized demonstrated marked improvement, and were nearly as accurate as the players that actually practiced. The third group, as can be expected, regressed.

Specifically known as the ‘Facial Feedback Hypothesis’, scientists have known for a long time that changing your body through actions such as smiling, sitting up straight, and relaxing, are followed by positive emotional responses.

One of these studies took place in the late 1980’s. Researchers did not want to reveal that the study was about smiling or emotion, fearing that it could alter the results. As such, they improvised through the use of a common, everyday item: a pencil. Here’s what they did:

– The first group held the pencil horizontally in their mouth, between their teeth, which physically forced them to smile.

– The second group held the pencil horizontally in their mouth using only their lips, which did not force a smile and actually caused somewhat of a frown.

– The third group (control group) simply held the pencil in their hands.

The participants next viewed different cartoons and rated them on how funny they were. The first (or “smile”) group gave the cartoons much funnier ratings than the second (or “frown”) group. The third group fell somewhere in the middle of the two groups.

Something else amazing about the human brain: it cannot tell the difference between a real or imagined threat.

Don Joseph Goeway, the author of Mystic Cool: A proven approach to transcend stress, achieve optimal brain function, and maximize your creative intelligence has plenty of experience in this area. Goeway managed the department of psychiatry at Stanford and assisted parents dealing with the loss of a child, prisoners adjusting to a life sentence, and refugees of the genocidal war in Bosnia struggling with post-traumatic stress. 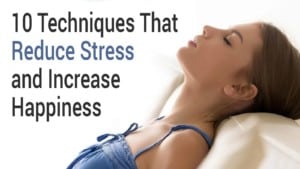 His work with stress is truly unprecedented. However, he developed the most simple and practical way to eliminate fearful thoughts and escalating stress as any method before it. Goeway calls it the ‘Clear Button’, which works by distracting the primitive brain where fear is known to reside.

The steps for the Clear Button are as follows:

Study #4. The brain can produce serotonin on its own

Serotonin is an essential brain chemical because it increases will power, delays gratification, and increases attention to detail. It impacts every part of the mind.

Despite the proliferation of prescription medications and supplements, your brain is more than capable of producing serotonin on its own. If for whatever reason your serotonin level is too low, you will find difficulty in finishing things, being active, and controlling your impulses. 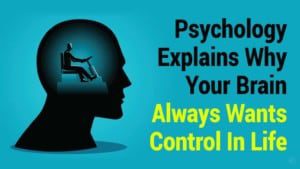 Here are the three ways your brain can produce serotonin:

– Sunlight. It contains UV light; which when absorbed through the skin produces Vitamin D, promoting the production of serotonin.

– Massage. One particular study focused on pregnant women. Women that received massages twice a week from their partner boosted their serotonin levels by 30%.

Study #5. People can “think” their way to releasing weight

This experiment involved a Harvard psychologist and a group of mostly overweight hotel maids. Despite exceeding the recommended amount of exercise, 67% of the maids did not consider themselves physically active. Langer, the psychologist, predicted that the maid’s viewpoints on their physical activity made it difficult for them to lose weight.