“To be yourself in a world that is constantly trying to make you something else is the greatest accomplishment.” ~ Ralph Waldo Emerson

Just to make this clear from the get-go, this article is not intended to label ourselves as “real” or “fake.” If we’re honest, we should have no problem acknowledging the fact that no one, including us, acts one way or the other all the time. We are human, after all!

With our fallibility in mind, to remain faithful to yourself in today’s society takes courage. We are all pressured to conform in some respect – and this is partially because we highly value people perceived as “real.” In contrast, most of us utterly despise those who come across as “fake.”

Kind of a no-brainer, but here you have it. Honesty is a prerequisite for authenticity, not to mention a trait that is becoming increasingly rare. Authentic people are not afraid to speak up no matter the circumstances. Relatedly, people with authentic personalities do not hesitate to admit when they’re wrong – it happens.

Fake people have a tendency to speak mistruths. In fact, it’s this habit that often leads to a faker being exposed.

2. Authentic people do not fear rejection

Many of us walk on eggshells in fear of what others think. Authentic people don’t have this problem. They understand that some people will like them and others won’t – no big deal. There is one important distinction: being conflict-averse is not the same as being fake. People who are shy or anxious, for example, will often avoid conflict by holding something back.

Fakers, on the other hand, will say whatever gibberish comes to mind if it makes themselves look better. 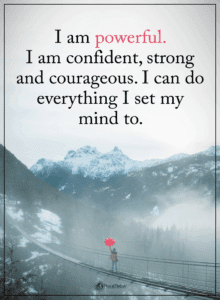 3. Authentic people have their own expectations

Genuine people don’t concern themselves with the expectations of society. Because of this strong sense of individualism, they’re often cast as misfits or outsiders. No matter how difficult, an authentic person tries to resist the influence of external beliefs and standards, including those of family and friends.

People that are less than authentic are more vulnerable to voicing beliefs and ideas that aren’t necessarily their own. As a result, they are more likely to live a life they never wanted in the first place.

In other words, we can pretty much forget about making celebrity and reality television as central points of discussion.

People who are authentic are open-minded, flexible, and approachable. In other words, they do not pass undue judgment on someone else’s character. It is easy to have a conversation with a genuine person because they know that they are going to pay active attention and be thoughtful in their responses.

Fake people are quick to pass judgment onto others – often without even making an attempt to get to know them. They are likely to hold onto these abruptly ignorant opinions, often expressing them at the expense of some undeserving person.

When you’re true to yourself, it’s much easier to remain cool, calm, and collected. Social anxiety goes out the window and confidence comes in. While none of us are free from insecurities, authentic folks find a way to keep their light shining.

Untrue people are typically more worried about what others think than remaining faithful to themselves. This is too bad, as they probably have something to offer to the world – if they would only let go of deep-seated uncertainty.

While maintaining a sense of realism, authentic people are generally more optimistic than not. Much of this is attributable to how they choose to think and live – even in the most challenging of circumstances.