Most men aren’t good at communicating their feelings verbally and that’s the universal truth. But as much as they try to cover up their attraction for a woman, it will still show in the way they behave when they are with the girl they like. In other words, they can’t always hide it when they’re attracted to you.

Guys are more comfortable showing what they truly feel with actions, not words. So, if you pay attention to some of these behavioral markers below, you might just realize that someone is secretly attracted to you:

“Your soul is attracted to people the same way flowers are attracted to the sun, surround yourself  only with those who want to see you grow.” – Unknown

Making eye contact is the first way a man shows his attraction for a woman. This gesture is deeply rooted in the human’s DNA because cavemen were experts at this, too.

Eye contact is a powerful gesture for a man to convey his attraction towards a woman and it’s also a good opening for meeting her. But this is just the first step to really get to know a person.

Someone who has a strong attraction for you will find every excuse to touch you in ways that aren’t creepy. He’ll try to graze his shoulders against yours or attempt to be playful and tap your arm or knee. He won’t mind if you’re in a crowded place and you have to squeeze closer to each other.

When he sees you, he may try to extend a more enthusiastic handshake or embrace you if he’s a lot bolder. He might even try to tuck your hair in your ear and lean in toward you as you chat.

Experts have shown in a study on the journal Emotion that a touch can be a reliable form of communication to show different kinds of emotions. Some 78 percent of the time, a single touch can convey a man’s attraction to a woman more than words or facial expressions can ever say.

3.    He’ll lick, bite, or touch his lips often while looking intently at your lips

A good man will likely try to control his attraction for you, especially if you’ve just met. But his body language will still give him away. If he is licking, biting, or touching his lips often when he’s talking to you, then it’s a definite sign of his strong feelings. If his eye contact shifts to your lips and he’s looking at them intently while you talk, his body is secretly saying that he likes you a lot.

But he could also be licking or touching his lips a lot to comfort himself. It means that he’s nervous or feeling tense around you, especially if he has no idea if you’re feeling the same way. Regardless, however, this still shows his strong feelings.

A guy who likes you will mirror and mimic your gestures, movements, and posture. It’s how he’s able to feel connected to you even though your relationship is not deep yet. Experts call this the Mirror Neuron System that humans during the ancient period also observed. As social beings, it’s a fundamental way humans are wired.

In dating, mirroring or mimicking establishes rapport. A man may be doing this deliberately, albeit not in a creepy way, to let you know he’s really attracted to you. To test if he’s mirroring, change your body position while in deep conversation with him. Observe if he adopts your posture after a few seconds.

Experts say that mimicking can produce positive feelings, as per Psychology Today. But the gesture is not just limited to body movements; a man might also copy other things about you.

He might also begin using the same words or expressions you use or enunciate the words your way. If you say “gro-sir-ees” and he says “gro-shir-ees” he will eventually use the way you say groceries if he’s mimicking you. This is how he’s subconsciously signaling that he is into you.

5.    He will laugh at all your jokes, even the corny ones

If you’re making him laugh even though you know your jokes are bad, then he’s likely attracted to you. He wouldn’t mind the corny jokes because, by this time, the love chemicals in his brain (oxytocin) are so high when he’s with you that whatever you say will be interesting to him.

He might even take it a step further and compliment you by saying how funny you are and how easy you make him laugh. If he says you’re cute for being goofy and witty then he’s really flirting with you big time.

According to Psychology Today, a lot of people find humor quite sexy. In the early stages of dating, humor can make the attraction a lot more intense. Believe it or not, guys can get past a woman’s physical beauty or lack of it if her sense of humor is sharp. Humor helps a man be at ease with the girl and it also deepens his bond with her.

6.    He becomes protective of you

When you walk with him on a busy street, does he always make sure he’s between you and the traffic? Does he gesture for cars to slow down while you cross? In a crowded bar, does he help you get to the other side of the room by holding your hand?

These might seem like big brotherly gestures but what he’s really doing is flirting with you because he’s attracted to you. He’s hoping to earn your trust because he wants you to like him too. If he demonstrates the urge to defend you or take your side against someone you have a misunderstanding with, then he’s being protective of you.

It feels good to have a guy who has your back and it’s natural for him to behave this way if he’s really into you. But there’s a difference between a guy who is protective and a guy who is possessive. 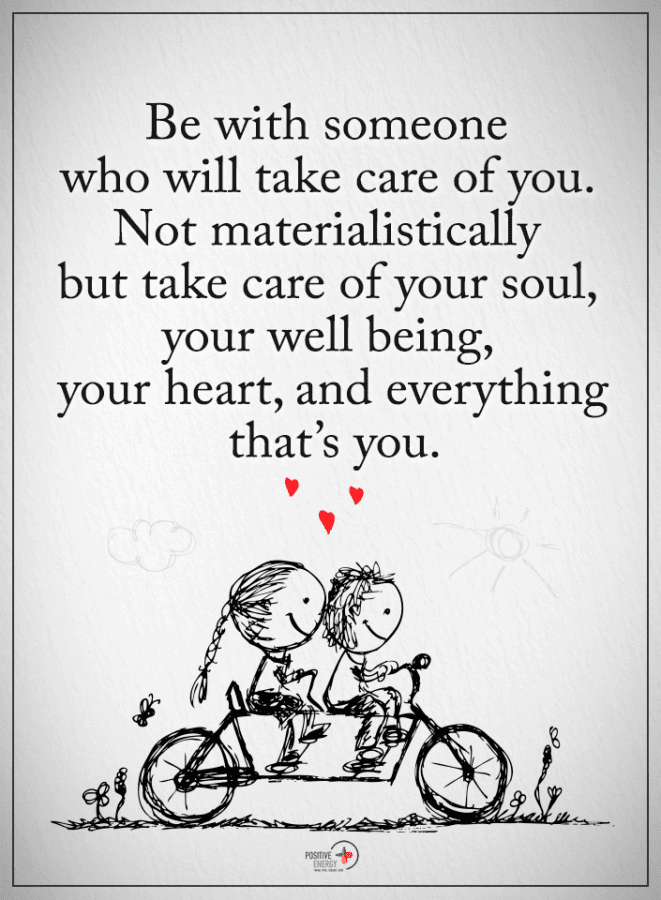 A guy who’s secretly attracted to you will go out of his way to do you favors. He might be generally helpful towards other people but he will put in the extra effort whenever you need something. Sometimes, he’ll mess up his whole schedule just for you and it won’t be an inconvenience for him.

For instance, it’s huge when a guy offers to drive you to the airport. (Honestly, no one really enjoys doing this task unless they work for a taxi service.) But he’ll do it if it means he’ll get to spend a few extra minutes with you before you leave. He may even offer to pick you up when you get back from your business trip.

But let’s face it, he’s doing you favors not only because he has a good heart but also because he’s expecting more than just a “thank you” in the long run. This isn’t about taking advantage of you, though. He is trying to win you over because he’s really attracted to you.

He’ll put his best foot forward to impress you, as men did in the old days of courtship. By showing that you can rely on him, you’ll hopefully feel the same way about him too.

While it might be fun to spot the clues in the behavior of a guy who’s attracted to you, keep in mind, however, that attraction is fleeting. So, perhaps it would be better not to be too hung up on finding the signs.

Appreciate them when you notice them, but also focus on enjoying the positive moments you have together with this guy. This way, you won’t miss out on a potentially great relationship.

Related Items attracted to you behaviors of someone who is attracted is he attracted signs of attraction
Power of Positivity uses cookies to give you the most relevant experience. For more information see our Privacy Policy.
Continue
Manage consent