Well, that was a nice dream; now let us get down to business about what it says on the tin, the Six Habits of Toxic People – And How to Avoid Having Them).

Toxic people drive us crazy, do they not? Oops, I did It again… I wanna scream and shout and let it out that toxic people have these six awful habits, and we tell you how to best avoid them yourself.

6 Habits of Toxic People (And How to Avoid Having Them)

All eyes on this! 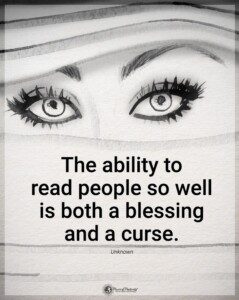 1. Pick on insecurities of their chosen victims

Instead of helping people and listening to people while vulnerable, they use these touchy subjects to their sadistic advantage by reminding you of what it was and everything that went on in the lead up to it, during it, and the result of the event. Sorry, ladies, but the whole fashion industry preys on your insecurities, according to Arnold Wolf of the Monterey Herald. “The constant renewal of desire depends on several elemental aspects of human nature. The tribal instinct makes us want to conform,” he argues. He later states that if you don clothes considered out of fashion, it leads to negative feedback from others more suitably attired socially. The whole idea is to make you seem out of touch with today.

Here is an off-the-top-of-my-head example: “Get with the times, square Sam! That coat is so last year, get a scarf.” Sam, do not be bullied into wearing a scarf if you do not want one. Remember, you wear the clothes, the clothes do not wear you. Does anyone remember the movie called “Loser”? It is the same with other toxics, like an emotionally abusive partner, using whatever they have to hand against you. If it is status, they will tell you how they are well-connected and how they can use those connections. If it is power, they will talk about how they can use that position. The buzzword here is one Wolf used, conform.

Hit me baby one more time, NOT! The show must go on…

On the subject of shows, not unlike Britney, toxics love audiences, too. They want to make sure you know they are the ones who matter and they do this in the form of grandstanding. To the toxics, it does not matter if their audience is street full of people or just one person, all that matters is that SOMEONE is listening. Anyone can grandstand, at any time, in any place, in any situation. Britney Spears herself does it as a job, but she also does it with the lyrics in her songs. I, myself, am doing it right now by using her lyrics in this article to help raise awareness about toxic people, but that’s my prerogative.

She’s so lucky, she’s a star. But she cry, cry, cries in her lonely heart thinking: “Why does it always happen to me?”

The point of this petty exercise for toxics is to feel superior. Note the word “feel” because they are anything but. Anything and everything is considered competition and, naturally, they have to win. If you told your toxic significant other that you just won a camera, they will have told you that they won a state-of-the-art professional Canon in the past, instead of congratulating you. This is a put-down, a master manipulator technique. They also use nasty little comments and destructive criticisms. An example of this is: “How can anyone like that Adele? Her music is so boring and you are a giant douche for listening to it. I love rock ‘n’ roll!”

Just tell them to hush, just stop because now you are stronger than yesterday.

4. Marginalisation – out in the cold

Another tactic they use is this one to make the victim a VUP – a very unimportant person. Social exclusion is very damaging to the VUP, saying things like: “You are not invited, VIPs only.” The VUP can be excluded because of “social class, race, skin color, educational status, childhood relationships, living standards, and personal choices in fashion (see above in Number 1)”, according to the Wikipedia page devoted to social exclusion. It is a psychological form of bullying, where the VUP feels left out of the clique. A small trick here, the “I” and the “U” are next to each other on your keyboard, remember that.

No, they were not born to make you happy, just themselves.

Their way or the highway. All or nothing. No in between, and the gloves are off now. Where is the fun for them if you are not fully compliant? So their way is “do as I say or I walk away”. Then come all your foibles in one long, fat list bigger than your arm to make you feel bad and make the atmosphere shaky, with suspense unfolding before you apologise and start shaving your head – at their request! Enjoy doing thy bidding for thine master/mistress.

You are not a slave for them. 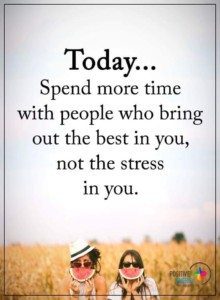 Toxic mind games everyone should know:

Everyone knows mind games when they are taking place. There are seven normal types of mind games people play, as assessed by Gerald Schoenewolf, PhD, of PsychCentral:

a) Disqualifying: This is a method of saying something hurtful to someone and then, when they become hurt, doing a double-whammy by making it seem you didn’t at all mean what they thought you meant.
b) Forgetting: Passive-aggressive personalities play this game. Basically they forget important things like appointments, promises, paying back loans and the like. You wait for them to remember but they don’t, and when you bring it up they reply, “Oh, I’m so sorry, I forgot.” After having to bring it up several times you start to get annoyed. Then they reply, “Oh, I’m really sorry. Are you angry? You seem angry.”
c) Persecuting: Sometimes people project their hatred onto others and persecute them. They are either unaware of their own hatred or they think it’s justified. Once they begin projecting, they look for reasons to persecute.
d) Guilt-tripping: The game here is to make someone feel guilty unless they do what you want them to do. A wife calls her husband a “sexist,” and at first he may protest, but eventually, in order not to be a sexist, he tries to be the kind of husband she wants. A husband tells his wife she’s frigid because he wants her to feel guilty about not having sex with him.
e) Gaslighting: The term “gas-lighting” comes from the classic movie with Ingrid Bergman, in which her husband tries to make her think she’s going crazy because she’s seeing things (such as the gas lights going on and off). When she sees the lights going on and off, he says he doesn’t see that at all. Some very disturbed people use this technique on a hated relative. They say and do things and then deny they ever said them.
f) Shaming: People who play the shaming game express their anger by looking to catch people they don’t like saying or doing something they consider inappropriate. It is the opposite of idealizing someone; it is demonizing someone.
g) Pretending: Pretending can take various forms. A man can pretend to be interested in a woman in order to get laid. A woman can pretend to be attracted to a man in order to lead him on, thereby acting out anger. People can pretend they’re not angry when in fact that are very angry. People can pretend to be your best friend in order to get you to trust them while they hide their real motives. Good pretenders are good actors. Sometimes they even convince themselves that they’re sincere.