We have divided our quotes up for you in the following way: relationship quotes, marriage quotes, heart quotes, and sex quotes.

1. “If you were going to die soon and had only one phone call you could make, who would you call and what would you say? And why are you waiting?” ~Stephen Levine

2. “Having someone wonder where you are when you don’t come home at night is a very old human need.” ~Margaret Mead

3. “Relationship is an art. The dream that two people create is more difficult to master than one.” ~Don Miguel Ruiz

4. “A partner is someone who makes you more than you are, simply by being by your side.” ~Albert Kim

5. “Remember, we all stumble, every one of us. That’s why it’s a comfort to go hand in hand.” ~Emily Kimbrough

6. “To truly know someone is to know the silence that stands for the thing they never speak of.” ~Robert Brault

7. “I felt it shelter to speak to you.” ~Emily Dickinson

8. “As important as shared memories are the silent agreement that certain things never happened.” ~Robert Brault

9. “Lots of people want to ride with you in the limo, but what you want is someone who will take the bus with you when the limo breaks down.” ~Oprah Winfrey

10. “You know that when I hate you, it is because I love you to a point of passion that unhinges my soul.” ~Julie-Jeanne Eléonore de Lepsinasse

Relationship quotes are the most endearing when they deal with the largest of all mysteries: human monogamy.

11. “What a happy and holy fashion it is that those who love one another should rest on the same pillow.” ~Nathaniel Hawthorne

12. “The older I get, the less time I want to spend with the part of the human race that didn’t marry me.” ~Robert Brault

14. “To keep the fire burning brightly there’s one easy rule: Keep the two logs together, near enough to keep each other warm and far enough apart — about a finger’s breadth — for breathing room. Good fire, good marriage, same rule.” ~Marnie Reed Crowell

15. “Woke up in bed with a gorgeous woman, who I’m going to have lunch and the rest of my life with.” ~Jason Barmer

16. “The sum which two married people owe to one another defies calculation. It is an infinite debt, which can only be discharged through eternity.” ~Johann Wolfgang von Goethe

18. “If two stand shoulder to shoulder against the gods,
Happy together, the gods themselves are helpless
Against them, while they stand so.”
~Maxwell Anderson

19. “Love seems the swiftest, but it is the slowest of all growths. No man or woman really knows what perfect love is until they have been married a quarter of a century.” ~Mark Twain

20. “Matrimony—the high sea for which no compass has yet been invented.” ~Heinrich Heine, “Musical Notes from Paris,” translated from German by John Snodgrass

21. “A man’s wife has more power over him than the state has.” ~Ralph Waldo Emerson, Journals

22. “There is so little difference between husbands you might as well keep the first.” ~Adela Rogers St. Johns

23. “That quiet mutual gaze of a trusting husband and wife is like the first moment of rest or refuge from a great weariness or a great danger.” ~George Eliot

24. “Married life teaches one invaluable lesson: to think of things far enough ahead not to say them.” ~Jefferson Machamer

25. “Just as Amy and Jay had for decades slept nude together, inhaling each other’s odors, her hands familiar with the man’s body hair. Even her face creams and his night grunts would have entered into it. And shared cakes of soap and clothes closets and dinners — such a complex of intimacies.” ~Saul Bellow (1915–2005), The Actual, 1997

26. “A happy marriage is a long conversation which always seems too short.” ~Andre Maurois

27. “Often the difference between a successful marriage and a mediocre one consists of leaving about three or four things a day unsaid.” ~Harlan Miller

28. “Husbands are like fires. They go out when unattended.” ~Zsa Zsa Gabor

30. “There is no more lovely, friendly and charming relationship, communion or company than a good marriage.” ~Martin Luther

31. “Wasn’t marriage, like life, unstimulating and unprofitable and somewhat empty when too well ordered and protected and guarded. Wasn’t it finer, more splendid, more nourishing, when it was, like life itself, a mixture of the sordid and the magnificent; of mud and stars; of earth and flowers; of love and hate and laughter and tears and ugliness and beauty and hurt.” ~Edna Ferber, Show Boat, 1926

34. “Marrying for love may be a bit risky, but it is so honest that God can’t help but smile on it.” ~Josh Billings

35. “The concept of two people living together for 25 years without a serious dispute suggests a lack of spirit only to be admired in sheep.” ~A.P. Herbert

6 Quotes about The Heart

The best relationship quotes always acknowledge the power, the strength, and the impermeability of the human heart in all of its magnificence.

36. “You can’t reason with your heart; it has its own laws, and thumps about things which the intellect scorns.” ~Mark Twain

37. “The heart is the perfection of the whole organism. Therefore the principles of the power of perception and the soul’s ability to nourish itself must lie in the heart.” ~Aristotle 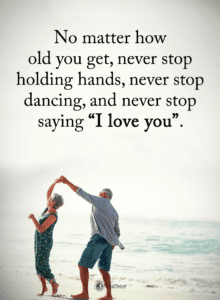 38. “If my heart could do my thinking, and my head begin to feel,
I would look upon the world anew, and know what’s truly real.”
~Van Morrison

39. “The heart is not simply suspended in a body but in a culture, a place, a time.” ~Mimi Guarneri, The Heart Speaks: A Cardiologist Reveals the Secret Language of Healing

40. “A merry heart doeth good like a medicine: but a broken spirit drieth the bones.” ~Proverbs 17:22 (Bible: King James Version)

41. “The greatest explorer on this earth never takes voyages as long as those of the man who descends to the depth of his heart.” ~Julien Green

We could not have a “best relationship quotes” section without a section on the trickiest of all relationship angles, the question of intimacy.

42. “No matter how much cats fight, there always seem to be plenty of kittens.” ~Abraham Lincoln

43. “Life without sex might be safer but it would be unbearably dull. It is the sex instinct which makes women seem beautiful, which they are once in a blue moon, and men seem wise and brave, which they never are at all. Throttle it, denaturalize it, take it away, and human existence would be reduced to the prosaic, laborious, boresome, imbecile level of life in an anthill.” ~Henry Louis Mencken

44. “The natural man has only two primal passions, to get and beget.” ~William Osler

45. “The hypothalamus is one of the most important parts of the brain, involved in many kinds of motivation, among other functions. The hypothalamus controls the “Four F’s”: fighting, fleeing, feeding, and mating.” ~Marvin Dunnette

46. “Sex Education – A controversial course that parents argue about while their kids are out doing the lab work.” ~Richard E. Turner (1937–2011), The Grammar Curmudgeon, a.k.a. “The Mudge,” from “The Curmudgeon’s Short Dictionary of Modern Phrases,” c.2009

47. “It is not economical to go to bed early to save candles if the result is twins.” ~Chinese Proverb

48. “Having sex is like playing bridge. If you don’t have a good partner, you’d better have a good hand.” ~Woody Allen

49. “Sex contains all,
Bodies, Souls, meanings, proofs, purities, delicacies, results, promulgations,
Songs, commands, health, pride, the maternal mystery, the seminal milk;
All hopes, benefactions, bestowals,
All the passions, loves, beauties, delights of the earth,
All the governments, judges, gods, follow’d persons of the earth,
These are contain’d in sex, as parts of itself, and justifications of itself.”
~Walt Whitman, “A Woman Waits for Me”

50. “I’d like to meet the man who invented sex and see what he’s working on now.” ~Author Unknown

And last, but most definitely not least…

51. “There are a number of mechanical devices which increase sexual arousal, particularly in women. Chief among these is the Mercedes-Benz 380SL convertible.” ~P.J. O’Rourke

We love our relationships: Our messy, complicated, beautiful, heart mending relationships. We hope that these relationship quotes stirred your heart and tickled your funny bone and we hope that you will reach out to a loved one and bond with them today.