More than friends with benefits. Less than an official relationship…Does this sound familiar?

Here Are 6 Behaviors That Reveal You’re In A ‘Situationship’

1. There’s no title on the relationship

Are you friends? Are you boyfriend and girlfriend? Are you partners? There’s absolutely no way to tell, because the relationship has no definite title. People in situationships “know they’re committed to you, but don’t want the additional social pressure and responsibility of being known as your partner,” says relationship expert Susan Winter.

You hang out, hold hands, and maybe you’re even intimate. But all of that still doesn’t have a definite label. When you introduce this person to your friends, you probably stumble over what to call them. If you’re talking to your parents, you probably still refer to them as just your ‘friend’. This is definitely a sign of a situationship. 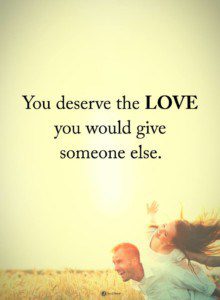 2. You don’t meet each other’s friends

Introducing your partner to your friends is usually a big step. It signifies that the relationship is somewhat serious, and you want to keep seeing each other for the foreseeable future. For this reason, a situationship probably doesn’t include meeting friends. In fact, you probably don’t even know what kind of people he likes to hang out with. If you’ve never even considered introducing him to your friends, then there’s a high chance that you’re just in a situationship.

3. You avoid talking about the future

Any kind of future – whether it’s a week from now, or a year. Most people who are in committed relationships give some kind of thought to the future of their relationship. But when you’re in a situationship, you avoid talking about the future at all costs.

“Though it may not be spoken in words, you instinctively know not to ask. There are boundaries around the discussion of your ‘relationship.’ You feel as though you don’t have the right to ask, “Where’s this going?” adds Winter.

You live in the moment, and only make plans for a couple of days in advance. You never know if the other person is going to be in your life long enough to make plans any further out than that. If you’ve never discussed where this relationship is headed, you’re most likely in a situationship.

4. You’re not dating anyone else

When it comes to a relationship, it’s pretty standard that you’re not going to be dating someone else. But what about a situationship? It’s a pretty grey area when it comes to whether you’re actually together, or you’re just friends. However, if you’re in a situationship, you’re probably not seeking other people to date, either. If this was just a ‘friends with benefits’ situation, you might be looking for someone else with a little more permanence in your life. But a situationship is almost a relationship – just enough that you’re not looking to date anyone else, either.

5. You see each other mostly at night

When you’re in a situationship, you’re probably only heading over to their house during the evening hours. That is to say, the main reason that you get together is to hook up. You’re probably not seeing a lot of each other during the day. You’re also definitely not going on dates. Your relationship is largely physical. However, if you’re in a situationship, that’s probably not something that’s going to bother you a whole lot. Not to mention, when you do get together, you have a lot of fun.