When thinking about the title of this article, a single thought may have come to your mind: “Is it even possible to self-heal using your mind?” If this is never a topic you’ve thought about before, you may find the answers surprising.

“Conventional medicine, like most other sciences, suffers from ‘scientism.’ Scientism, which became particularly omnipresent at the end of the 19th century, is the idea that only through applying scientific methods can we deduce the truth.” – Daniel J. Crasafi, ND.A., MH, PhD

(Important note: This content is for educational and entertainment purposes only. It is not to be used as a substitute for professional medical advice, diagnosis, or treatment.)

The Western World is on the cusp of a healthcare revolution. It can be argued that modern medicine has “lost its way,” as stated by Dr. Fernand Turcotte, a world-renowned professor of preventative medicine at the prestigious Université Laval in Quebec, Canada.

It should come as no surprise that Dr. Turcotte specializes in preventative medicine. After all, Western medicine so spectacularly fails in this area: deterrence of disease. Dr. Leana Wen, an emergency physician and assistant professor of health policy at George Washington University, says the following:

“Health is not just about disease, but also about wellness. (Many) choose to see a TCM (traditional Chinese medicine) doctor not because they are ill, but because they want to be well. They believe TCM helps them keep in balance. It’s an important lesson for doctors and patients alike to address wellness and prevention.”

But let us not dwell on the shortcomings of Western medicine. We’re here because we want to teach you how to self-heal.

Enough anecdotal and experimental evidence exists to say, at a minimum, that there’s some validity to alternative methods of healing. For example, Marilyn Schlitz, PhD., a Senior Scientist at the Research Institute of the California Medicine Center, writes this in The Permanente Journal:

“It’s clear from the correlational studies … that positive relationships exist between religious and spiritual practice and health outcomes on a variety of different conditions.”

Many believe that spiritual healing occurs via the transference of “information,” probably from the human biofield, either from oneself or from one individual to the next depending on the technique. Such a hypothesis is not far-fetched. That’s because the human body is made up of energy.  Without energy, we could not and would not exist.

5 Methods to Self-Heal Using your Mind

“(The) only way I was going to get well was to treat the emotional, psychological, and spiritual sickness.” – Lissa Rankin, M.D. (source)

Before we go any further, the very first thing that you should understand is that your mind has more power than you think. While we cannot go into minute detail about this, suffice to say that there is plenty of evidence supporting the idea of belief in self-healing (among many other amazing feats.) You must also understand that your mind and body are intimately, inextricably connected. Understanding these two concepts will go a long way in helping your efforts to self-heal.

That said, as with any method of self-healing, please use common sense. If you have a broken bone, see a doctor. If you are bleeding profusely, go to the hospital. You get the picture.

Self-hypnosis requires learning how to create an open, relaxed state of consciousness to induce positive changes in the mind and body. Despite predictable (and misleading) objections from the medical establishment, plenty of evidence exists demonstrating the efficacy of self-hypnosis.

In an article titled “Hypnosis: An Underused Technique,” Robert London, M.D., writes that hypnosis can be “an effective aid” in treating a myriad of physical and mental problems, from anxiety to chronic pain.

There are multiple free and cheap ways to learn self-hypnosis, including from online courses and smartphone apps.

Meditation, in all its various forms, is a technique to help focus and settle the mind. The aim of meditation is to achieve mental clarity and mental calmness. In the past two decades, there have been loads of scientific research attesting to the health benefits of meditation.  This is hardly surprising, considering that the best medical schools in the world, including Harvard, Oxford, and Yale, have established mindfulness and meditation research centers. Furthermore, they have devoted countless millions of dollars to find the next great breakthrough.

By far the most commonly-practiced (and most thoroughly researched) type of meditation is called mindfulness meditation.

Biofeedback involves the prevention or treatment of conditions by learning how to manage the activities of the ANS. You can purchase self-administered biofeedback devices, including consumer EEGs and HRVs. Biofeedback can also be administered by a practitioner of naturopathic medicine.

4. Mindful Use of Herbs and Supplements

Many have practiced the use of natural herbs for thousands of years. The research attesting to the effectiveness of many herbs and supplements is overwhelming, though there are some contradictory studies (conducted mostly by proponents of the current health care system, including doctors.)

That said, here are some herbs and supplements thought to aid in your efforts to self-heal:

Magnesium deficiency is a big problem in the U.S., which is too bad considering that it’s one of the most well-researched cures for anxiety and stress resistance. Additionally, magnesium may influence some 300-plus chemical reactions in the body. 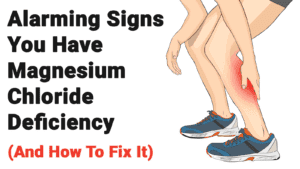 Shown in many studies to increase blood flow to the brain, enhancing cognitive function and memory.

Commonly used in Ayurvedic medicine, ashwagandha is thought to work by suppressing the inflammatory response. Per a study published in PLoS One, the herb improves concentration, reduces fatigue, increases vitality, and improves mood more effectively than psychotherapy.

If your condition is not life-threatening, the best cure for your ills may just be to make some lifestyle changes. While this suggestion might sound boring, there is a good reason why you continually hear about the importance of a healthy diet, regular exercise, limiting alcohol intake, not smoking, and so forth.

While the above points will likely help you self-heal, prevention is always the best medicine. Make the hard choice now so that you don’t have to deal with the consequences later!