What does it take to succeed in today’s highly competitive marketplace? Most rational people would say things like “a motivated workforce,” “innovation,” or “creative thinking.”

Can someone who lacks empathy get ahead in business? Can someone who preys on vulnerabilities? How about a boss who gets some kind of twisted pleasure from abusing their subordinates?

First, a bit of context. Corporate America is an uber-competitive, dog-eat-dog environment. Capitalism on steroids and three cans of Redbull.

Companies are bankrupted, bought out, bulldozed and no one bats an eye. When this happens, of course, most people become worried. Fearful. Insecure. As it happens, psychopaths thrive on such emotions.

The Federal Bureau of Investigation (FBI), the United State’s preeminent law enforcement body, employs psychologists who specialize in examining corporate misfits. They’ve affirmed that companies do have a place for psychopaths, sociopaths, and narcissists. Some sit on the Board. Some are CEOs. These people reach the pinnacle of Corporate America.

Enron, Bernie Madoff, WorldCom, and Lehman Brothers were all led by individuals likely to fall somewhere along the psychopath/sociopath scale.

William Hirstein, Ph.D. and neuropsychologist, explains the history of psychopathy:

“In the early 1800s, doctors who worked with mental patients began to notice that some of their patients who appeared outwardly normal had what they termed a “moral depravity” or “moral insanity,” in that they seemed to possess no sense of ethics or of the rights of other people.”

Since then, psychologists have flipped-flopped between using the term “psychopath” or “sociopath” in describing such people.

Hirstein, after researching various sources of psychopathy diagnoses, narrowed the condition down to nine common traits:

– Closed attention (only focused on themselves)

Is your boss a psychopath?

He or she doesn’t need to display all of the traits mentioned above to be a psychopath.

Medical terminology aside, just one of the nine traits Hirstein lists would create a highly uncomfortable working environment. How about working for someone who is irresponsible, selfish, and uncaring?

We’re not psychologists or mental health experts. Even those who are experts have a tough time diagnosing someone with psychopathy, narcissism, and related disorders.

Perhaps the most important takeaway from this article is how to deal with a boss who exhibits such behaviors.

(Readers: have you ever worked for a highly unstable boss or manager? We’d love to hear your story!)

5 Ways to Deal With a “Psycho-Boss”

If you work in a large company, it may be possible to distance yourself from your boss. Now’s a time to take advantage of any connections you may have; perhaps you can switch teams or move into another department.

Whatever the situation may be, it is important to remember your self-worth. If you have no options, it’s time to consider another course of action.

2. Understand that your boss won’t change

Psychopaths do not change their behaviors. Their need for dominance, control, and manipulation is in their DNA. It doesn’t even matter if you’re a high performer; your psycho-boss personality won’t suddenly shift. “They keep using people up until nobody wants to be around them,” says psychologist and author Judy Rosenberg, Ph.D. 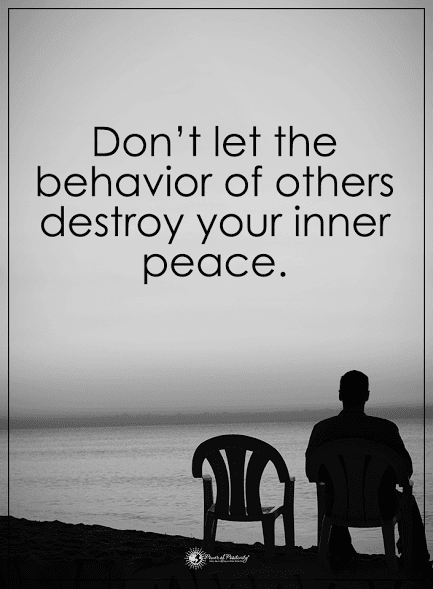 In other words, don’t make excuses for your horrible boss. Also, don’t misclassify your boss as “tough.” There’s a gaping distance between toughness and psychopathy. Dr. Rosenberg explains, “A tough boss is just somebody who blows up at you, but they don’t cross those lines. Tough is playing fair. (The) four D’s: demean, devalue, destroy, discard – that’s just another level.”

4. Look at your mental health

Working for such a toxic individual would take its toll on even the most thick-skinned person. Be honest about your mental health.

How do you feel when leaving the office? Are you just tired, or something else? Is working for this person taking its toll on your personal life? On your off days?

5. Look for another job or quit

It’s of the utmost importance to understand that nothing is going to change in your current environment. Not your boss, and not your perceptions of them.