In a relationship, it is common for one or both partners to give the ‘silent treatment’ when they experience anger, disappointment, frustration, or any other kind of negative emotion directed towards the other.

Short periods of silence, before (sometimes, slowly) transitioning back to regular dialogue can be a positive thing; at times, we require some space to “clear our heads” – and silence can do just that.

When these periods of silence become longer – and more frequent –it is a potential catalyst for a deteriorating relationship. The reason being that effective communication is arguably the most essential component of any successful relationship.

Anjhula Mya Singh Bias, Ph.D. psychologist states: “Often we stop communicating because one or both partners feels ‘it’s not worth it. They’ve been down that path, and they think they know what it holds – more anger, bitterness, and frustration.”

We’ll discuss five ‘silent killers’ of a relationship – and actions that can be taken to counteract them:

A typical scenario: one partner tells the other that they’re hurt over something the other did, and their reply either lacks substance or invalidates any perceived concerns by saying they’re overreacting or just plain wrong. Should these types of interactions become more frequent, one or both partners are prone to silence – a descendent of futility.

Relationship experts recommend a few behaviors that may prevent such communication difficulties from surfacing. The first recommendation is to refrain from text messaging. The reason is simple: text messaging cannot portray body language or intonation – two essential parts of effective communication. Second, choose a place to talk without distractions. Being with one another without potential distractions increases the effectiveness of what’s being said, and also encourages eye contact. Third, practice empathy and reflective listening. Bear in mind that this doesn’t, or shouldn’t necessarily signify agreement with the other’s point of view; instead, it displays understanding and willingness to engage in conversations, no matter how difficult.

Animosity in a relationship is a definite intimacy killer. This feeling often surfaces due to one partner’s (real or perceived) lack of responsibility or inaction. When this behavior continues despite the issue(s) having been discussed, one or both partners is/are liable to harbor silent resentment. Once again, this silence results from feelings of futility.

According to Dr. Alicia H. Clark, the solution “is to channel the shock at your spouse’s behavior into empathy, to try and understand them, and to come at the situation trying to see their perspective.”

In time, a mutual agreement of some sort will be reached, which may require a bit of compromise from both.

When one or both partners feels that their sexual needs are not being met, the topic is often placed on the back-burner. Reasons for such feeling vary but commonly involve the frequency (or lack thereof) of intercourse.

The rationale for such feelings aside, bringing up one’s sexual displeasure can feel uncomfortable for any number of reasons. For example, the person feeling repressed may consider the topic of sex to be “taboo” or unnecessary; they could be wary of the real possibility of hurting the other’s feelings, and so forth.

Despite this understandable hesitation, it is indeed an issue that requires a resolution. Sexual intimacy is an important part of a relationship, and intimacy can disintegrate without a healthy sex life.

Dr. Pamela Stephenson-Connolly, a sexual therapist and psychoanalyst, says: “Start by praising your partner for what is working, and reaffirm your positive feelings for him or her. They say something like: “But I’ve noticed that we’re struggling with…(mention the problem)…and I’m wondering, what’s your take on it?” This makes it clear that you are willing to share the problem, rather than allocate blame.” 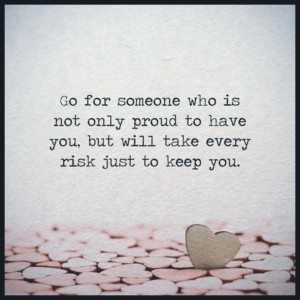 Dr. Mark Goulston, considered among the best crisis psychiatrists in the U.S., says:

“…admit the disappointment to yourself, then feel the full extent of it and next, tell the other person…it actually frees you from the pain of holding it in after which it dissipates, goes away (enabling) you to feel warm and good feelings that have been laying sadly unreachable, unfeelable and underneath the disappointment all the time.”