A few months after breaking up with your partner, you find yourself with a ton of questions, wondering if you’ve made the right choice. You have this yearning to reunite with your ex and that’s a normal feeling. According to The Journal of Social Psychology, at least one-half to two-thirds of ex-couples experience wanting to rekindle their relationship. But before you do decide to take your ex back into your life, here are some important questions you have to ask yourself.

“Don’t forget to fall in love with yourself first.” – Carrie Bradshaw

1. What did not work in your relationship?

Examining why you broke up might immediately answer your questions of whether you should get back together with your ex or not. If it’s a reason that you both can rationally discuss, work out, and find solutions to this time around, then getting back together might be worth a second try.

Obviously, you had problems in your relationship so you called it quits. But you need to figure out if this problem will rear its ugly head again when you reconcile. Otherwise, the same old patterns will crop up.

If the cause of your breakup was due to major differences in your personalities, values, and beliefs, figure out how much you’re willing to compromise and accept. Sometimes, differences in a relationship can be a great thing, if it complements both partners. However, if the differences cause clashes and tension, then it might not be wise to proceed with the reconciliation.

2. How much have you grown up after the breakup?

Relationships bring out the best and worst in people. You need to ask yourself if you have grown up and improved since the breakup. If you don’t believe you experienced growth and if you’ve observed the same things in your partner, then it might not be a good idea to get back together at all. Jumping back into each other’s arms when you’ve not evolved will only cause the same problems to return.

3. Are your reasons for getting back together sensible?

Some people who reconcile with their ex do it for the wrong reasons. One of the worst things you can do is to get back together so that you no longer have to feel the pain, sadness, and rejection. You believe that accepting your ex back in your life will also bring back the positive feelings. But if you have not discussed the real issues or if you have not agreed to settle your differences, then there’s a big chance this positivity won’t last.

Getting back together if you still harbor resentment towards your ex won’t also be sensible. Your issues in the relationship will still be there. Think of relationships as if you’re building a house. Would you lay down the old and used bricks as your foundation?

Figure out what will make this second try different than the first. So, ask yourself these questions – what are the real reasons you want your ex back? Do these reasons matter more than why you broke up in the first place? If that’s a yes, then go ahead and give it another try.

4. How much are you willing to make this relationship work?

If you are leaning toward reconciling with your ex, how much do you want this to work? As it is, maintaining love and respect in a relationship is hard work. Mending a renewed but once broken relationship is even harder.

Will you be on the same page as your partner? Will you pour the same efforts to protect and value what you have?  If you’re serious about getting back together, what will you do to prevent old issues and habits from returning? And if old habits that annoy you indeed come to the surface, are you prepared to deal with all that again? If you don’t feel good about these things, then it might be a sign you shouldn’t get back with your ex.

In some cases, you need to have a healthy dose of realism. Understand that giving the relationship another shot will not be a breeze. Some of the little issues you had in the past might still trigger and tick you off, even if you’re faced with new and different challenges. At this point, getting a therapist to guide and intervene might be helpful so that you can properly communicate with each other if you’re serious about renewing your relationship.

5. Have you forgiven each other and acknowledged your mistakes?

Apart from recognizing what went wrong in your relationship, ask yourself if you have truly forgiven each other and if you have acknowledged your own mistakes. Forgiving and owning up to your part of the problem is vital to moving on and starting a new chapter of your life together. 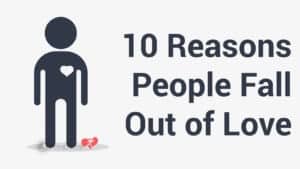 A study found in the Journal of Family Psychology revealed that when forgiveness is absent in a relationship that has experienced a conflict, then it is likely that this conflict will never be resolved. A lack of forgiveness between couples can strip the relationship of its positive, interpersonal ways of handling problems.

Another study by experts at UC Berkeley stated that people who don’t take responsibility for their actions are the ones who aren’t willing to change their behavior or make compromises. That should be a red flag when you want to get back with an ex.