If common stereotypes are anything to go by on the myths about introverts and extroverts, it’s that introverts are usually socially awkward loners while the extroverts love anything social and fun. We sometimes misunderstand these traits.

Myth #1: Introverted people get energy from reflecting on their lives, emotions, and thoughts privately. Extroverts derive their energy from any sort of social interactions.

Fact: Both personalities enjoy social interactions with different reasons and for various timelines.

Many people believe that introverted people love solitude as a natural trait. However, introverts spend about the same amount of time with other people. And that is regardless if they are extroverts or introverted people. They also tend to enjoy spending time around people they love and argue well with. Both extroverts and introverted people experience increased energy when interacting as long as they share similar thoughts and feelings.

Another misunderstanding seems to describe extroverts as the more talkative and assertive counterparts. But that’s only partly true. In fact, researchers tend to base energy in terms of how comfortable an individual is around another. You could conclude that an introvert may also have as much energy as an introvert in certain spaces and timelines.

What’s the difference? Introverts often feel overstimulated by prolonged and intense social interactions. At this point, reflecting on your life and feelings will help you recharge. On the other hand, extroverts crave for energy-injected activities such as skydiving.

Fact: Both introverted and extroverted people can make excellent leaders.

According to some studies, a significant percentage of leaders and managers admit to being extroverted. Another significant number of board members and executives admit looking into extroverted and introverted traits as a determining factor in selecting an ideal leader. Most see extroversion as an added advantage in leadership. Do extroverts make better leaders?

Leadership entails on delegating responsibilities to juniors, intense interactions with people, and frequent public speaking. It doesn’t sound like something an introvert would love to do, right? Wrong. The majority of people believe extroverts make better leaders due to their outgoing personalities.

Extroverts are favorites for leadership positions. That’s especially true in interaction-centered industries like entertainment or music. Extroverts are likely to get the best from passive employees looking for direction from above. Extroversion-oriented leadership possesses the enthusiasm and assertiveness to lead inactive followers into realizing their potential.

Fact: Public speaking is more of a gift that doesn’t rely on an individual’s personality.

Myths about introverts being plagued by public speaking anxiety have long been engraved in many formal and informal spaces. We perpetuate the myth by proclaiming introverts as shy individuals who cannot stand performing in front of an audience. Most people assume that the perfect performance gift is automatically gifted to extroverts. And, they believe their introverted counterparts will fail on stage.

Unknown to the majority of people, public speaking anxiety is entirely unrelated to personality. Factors such as audience hostility, lack of preparedness, and lack of self-confidence play a significant role in contributing to public speaking anxiety. Extroverts are equally as likely to bomb a speech compared to their introverted counterparts.

Therefore, we should classify public speaking as a talent or gift that anyone possesses regardless of their introversion-extroversion trait. Speaking requires collected thoughts and emotions that anyone can display as long as they are confident about delivering the right message to an audience.

Other career paths such as sales work and customer care services are also linked to extroversion and introversion criterion. Employers favor extroverts in these careers. Most people forget that these careers don’t necessarily rely on public interactions only.

The correlation between sales performances and extroversion is nil. Every individual, despite their personality, needs to acquire a set of skills to get the job done. So, an introvert will make as good a salesperson as an extrovert.

Fact: Both personalities hold creative and intellects in various capacities.

Many introverted individuals confess to brainstorming, thinking clearly, and finding solutions quickly when in solitude and quiet spaces. After brainstorming in isolation, they are more than happy to extend their ideas to the team later. Does this mean introversion is directly linked to a higher intellectual capacity and creativity level?

The answer is no. Intellectual capacities and creativity levels are not linked to these personality traits. Instead, creativity and intellectual abilities depend on other factors. These include genetics, environment, educational background, and individual talent. Some extroverts are equally as intellectually gifted and creative as some introverts. The vice versa is true.

Smart extroverts will differ from intelligent introverted people with how they derive their brainstorming energies. A smart extrovert will thrive better in energized environments. And this explains why they are superior when it comes to group brainstorming sessions. Extroverts collect a lot of ideas from their surroundings. Then, the input allows them to process quickly and release information to their counterparts immediately.

Introversion traits require certain levels of concentration and calmness to process and release well-thought concepts. It’s safe to say that both classes of personality traits harbor the most brilliants thinkers. They only differ when processing information and ideas.

Fact: Introverts have wonderful personalities but wrongly and harshly interpreted.

So we unfairly label introverted people as:

Usually, myths about introverts describe these individuals as negative-slanting.

This misconception mainly stems from the fact that introverts “like” being alone and derive their energy from solitude. Usually, this notion will come from an extrovert’s perception who gains his or her energy from social interactions, and they feel sad and insufficient when they spend less time with people. 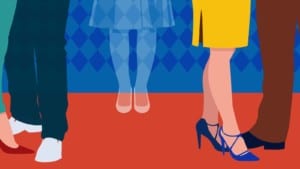 When extroverts spend time re-energizing in an introverted and quiet space, they often report feeling depressed and sad. Because they interpret the experience as sad and lonely, most extroverts will build a mentality thinking that introverted people feel the same kind of sadness and loneliness. The myths about introverts being unhappy people may come as a genuine concern, but it is entirely untrue.

What most extroverts don’t know, it that introverted people interpret the quiet space as an ultimate re-energizing space. It is far from a depressive factor unless other factors such as stress-triggers are put into account. Introverted people are happy individuals who even partake in the most delightful activities. They have fun like any other individuals, including partying, adventures and creating merry, only that they do it in their own introverted ways.

On the other hand, we often perceive extroverted people as fun and happy lot. We rarely link depression and loneliness extroverted individuals. Many are the times you will come across this statement “He or she was an outgoing and happy individual. I wonder why he was that depressed?” Extroverts’ ability to go out and interact with the public for elongated hours is misinterpreted for being a non-susceptibility factor to being depressed.

Little known to people, depression affects anyone despite their personal traits. Both introverted and extroverted individuals can be happy people. We often define being happy differently depending on background and individuality.

A final note on myths about introverts

There you have it! Five myths about introverts and extroverts that need correction. Also, many people tend to think that introverted people take the minority of the population. On the contrary, introverted individuals make up for about half of the population. You might mistake an introverted individual for an extrovert because they are capable of living an extrovert’s life but for limited periods. This piece should help you understand both personalities with a clearer view.