Tennessee Williams once said, “The only thing worse than a liar is a liar that is also a hypocrite.” Agreed, Mr. Williams. Lying is bad enough, but lying about lying? That’s dishonesty at its most scandalous.

Hypocrites are the people who try their damnedest to convey a sense of virtue, only to reveal that they’re about as deep as a puddle. Unsurprisingly, people despise hypocrisy.

According to a study in Psychological Science, people dislike hypocrites more than those who openly admit to engaging in a behavior that they disapprove of.

“People dislike hypocrites because they unfairly use condemnation to gain reputational benefits and appear virtuous at the expense of those who they are condemning–when these reputational benefits are in fact undeserved,” explains psychological scientist Jillian Jordan of Yale University, a co-author on the study.

Another study by researchers at the University of Southern California showed that hypocrisy is made up of at least one of the following behaviors:

(1) Moral double standards occur when a person is vindictive about a perceived offensive act of someone else; yet, shows little hesitance or guilt in doing the same thing. (Example: cutting someone off in traffic.)

(2) Moral duplicity is generally the one we use to define the act. Moral duplicity is when someone claims to be honorable in their motives, but this is known to be a complete falsehood. (Example: a politician citing neutral views on an issue despite indisputable evidence to the contrary.)

(3) Moral weakness is a type of cognitive disconnect wherein a person’s beliefs or morals are trumped by their lack of self-control; thereby, they engage in the act knowing it to be wrong. (Example: a clergy member taking a vow of celibacy and then engaging in sexual acts.)

Do hypocrites display any peculiar behaviors before revealing themselves as the frauds they are? Yes, as a matter of fact.

Here are five such behaviors:

Of course, one may be inconsistent without being hypocritical. For example, an unpredictable employee who is capable of great performance may demonstrate inconsistent effort and results. They’re not hypocrites; they’re unreliable.

But hypocrites’ inconsistencies tend to be more calculated, and related more to word and deed – and this behavior gets worse as time passes. They’ll say one thing and do something else more frequently.

High expectations of others and little to no expectations of themselves. Perhaps this is all that needs to be said. The hypocrite may be articulate and charming in their manipulative efforts, but they’ll never emulate any standard they set forth for others.

Dean Burnett, a writer for The Guardian, uses the British political scene to emphasize this point: “Where do people get off dictating how others should behave, putting restrictions on what they can say and do that they don’t adhere to themselves? It’s wrong and immoral, and shows that they can’t be trusted.” Pretty much. 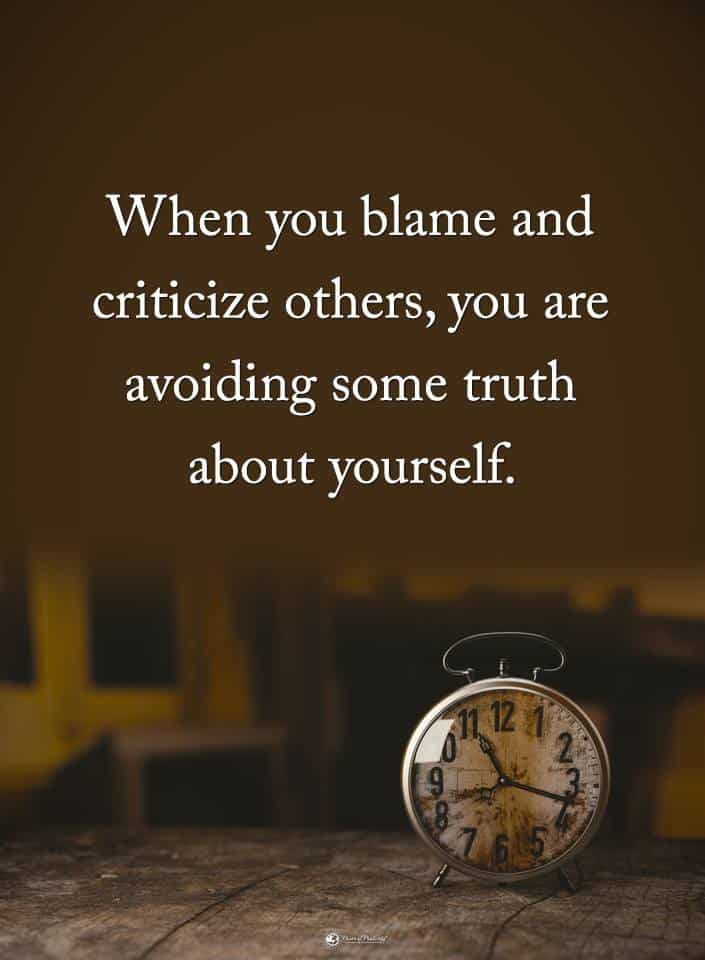 Make no mistake: hypocrisy and narcissism are two peas in a pod. “Like peas and carrots,” as Forrest Gump would say. Both groups of people will always try to play the victim. Never is this act so evident as when they’re caught for being in the wrong.

Hypocrites can also be quite crafty. They may use sleight of hand to shake off any blame placed their way. This “Woe is me” attitude wears quite thin after a while.

4. An aura of superiority

A hypocrite’s level of arrogance and superiority is borderline narcissistic. Attempt to engage them as equals, as you’ll likely walk away feeling like a student who has just been reprimanded by the teacher. They’ll (directly or indirectly) mock your intellect, maturity (oh, the irony!), or stability.

Similar to playing the victim, this condescending veil will wear thin as the relationship progresses. After all, when no one likes you, it’s pointless to act superior!

5. They start being nice to “the right people.”

Watch a hypocrite carefully enough, and you’ll inevitably see their two-faced attitude come to the surface. The “important” people, i.e., those with power, will bear the brunt of a hypocrite’s inauthenticity. If those “important people” are smart, they’ll dismiss the charlatan without prejudice.