The U.S. centenarian population has been on the rise the past few decades, growing from 32, 194 people who lived to see their 100th birthday in the 1980s to 53, 364 centenarians in 2010, according to the Census Bureau. So, how does this relatively small group of people who live a longer life accomplish the incredible feat of living to such a ripe age?

Many of them credit these habits for granting them a long, happy, healthy life:

In a 2012 study published in the journal Aging, researchers from the Albert Einstein College of Medicine found that out of 243 centenarians assessed, all of them had upbeat, optimistic, easygoing personalities. However, this one should come as no surprise – a pessimistic attitude drains you of vital energy and can even decrease your lifespan due to the shortening of telomeres, or the “end caps” of DNA strands. If you don’t already, practice developing a positive outlook on life. This rosy outlook will increase your longevity and possibly become a centenarian yourself!

In the same journal referenced above, researchers from several prestigious universities discovered that the same 243 centenarians did more than just have a good attitude – they considered laughter an important part of life, too. Find reasons to laugh on a daily basis; not taking life so seriously could actually add some years to your lifespan.

People in Costa Rica call this a “Plan de Vida,” or reason to live. They feel that a strong sense of purpose and desire to contribute to a greater cause played a huge role in a small group of Costa Ricans living to 100. According to the website Blue Zones, people living in this area of Central America have twice as much likelihood as Americans of living to the age of 90.

JAMA Internal Medicine revealed that vegetarians have a 12 percent lower risk than their meat-eating counterparts of suffering a premature death. Switching to a plant-based diet offers a slew of health benefits as well, which may explain why this group of people enjoys, on average, a much longer, vibrant life.

Sleeping for at least seven or eight hours a night will leave you feeling refreshed and ready to take on the day. That’s not to mention that sleep allows your body to produce important hormones as well. A Penn State study found that men who slept less than six hours a night had a four-fold increase in their chance of dying over a 14-year period. Prioritize sleep over staying up late surfing the web or partying with friends to join the growing number of centenarians on the planet.

6. Live in a sunny, tropical climate.

Not surprisingly, Hawaii comes in first for the happiest, the least-stressed state in the U.S., as well as the state with the greatest longevity. On average, a 65 year old living in Hawaii will live another 16.2 years, in comparison to another 10.6 years in the state with the lowest life expectancy, Mississippi.

A 123-year-old Bolivian man, Carlos Flores Laura, credits his longevity to taking daily walks. Others like Tao Porchon-Lynch, a 95-year-old yoga instructor, say that a regular yoga influenced their long lives. So choose an activity to take part in. Whatever it is, make sure you really enjoy it and can incorporate it into your routine regularly.

Yep, altruism can actually lead to a longer life. According to a University of Michigan study, volunteering for the purpose of helping others, not helping oneself, leads to an increased lifespan on average.

Make sure to allot some vacation time into your busy work schedule; it could actually save your life. The Framington Heart Study followed about 12,000 middle-aged men for nine years; the results of their study? The men who took more time off work actually lived longer than the workaholics. So, booking more vacations might not make your wallet too happy, but a longer life doesn’t sound too shabby, either.

According to government research, Hispanics actually live 2.5 years longer than Americans on average. Furthermore, researchers suspect that having a close-knit family has something to do with it. We can learn from all cultures, and the Latino community proves that family bonding can play a huge role in having a long, enjoyable life.

11. Stay in touch with your spirituality.

Whether you choose to attend church services or keep up a regular meditation practice, WebMD’s 2008 survey of centenarians showed that 84 percent of them viewed a healthy spiritual life as an important part of aging well. Take it from the centenarians – exploring your spirituality can lead to a better, longer life in the long run.

Yogi Tao Porchon-Lynch, the lady mentioned earlier in the article, also accredited positive self-talk to her long, healthy life. Even in her 90s, she wakes up every day and tells herself that each day will be the best day of her life. Repeating mantras like these to yourself can help instill a positive mindset and totally transform your outlook on life.

Continual intellectual stimulation can add years to your life – in fact, 89 percent of centenarians do things to keep their brains busy, according to a 2008 WebMD survey.

By far, researchers have found that being conscientious is one of the best indicators of how long a person will live. The book The Longevity Project talks about this in-depth. It explains that conscientious people have a higher likelihood of adopting healthier lifestyles and have more successful relationships and careers on average. 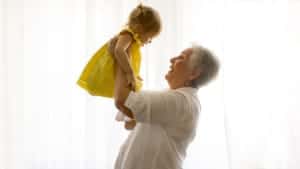 Researchers at the Al Siebert Resiliency Center found psychologically resilient adults coped much better with life’s challenges and aged more gracefully. In other words, don’t ever stay down too long after an upsetting event. Instead, talk about your feelings openly. Then, get back up on your feet quickly to avoid falling into depression or stagnation. Easier said than done. However, it could tack on a few years to your lifespan, after all.