Vitamin D is not exactly a magical cure. However, a deficiency in this nutrient has been linked to many serious conditions like heart diseases, autoimmune disease, high blood pressure, diabetes, and bone or joint ailments.

As a child, your body needed to absorb lots of vitamin D for growth and development. In the past, kids who didn’t get enough vitamin D manifested skeletal deformities or a disease known as rickets. Today, however, rickets is no longer a major health problem. Even though this disease is now rare, it doesn’t mean that no one is suffering from vitamin D deficiency anymore.

At least 40 percent of Americans still do not get enough vitamin D, according to a report in the Scientific American.  At least one billion people around the world also suffer from vitamin D deficiency, as per a study on the Oxford Journals on Age and Aging.

It’s easy to overlook vitamin D deficiency because some of the symptoms can be attributed to other conditions. But what are the odds that you could be vitamin D deficient? Here are some signs to watch out for.

“Something so simple – Vitamin D supplementation – could improve the health status of millions and so becomes an elegant solution to many of our health problems today.” – Dr. Carol L. Wagner

1.    You suffer from muscle pains and joint weakness regularly

The symptoms of vitamin D deficiency are so subtle in the beginning. But some of the earliest signs are muscle pains and joint weakness that you might easily dismiss as part of a rigid fitness routine or the effects of aging.

You may be able to tolerate the discomforts of muscle pains and joint weakness by simply slowing down your physical activities. However, if you’re lacking in vitamin D, this problem will keep returning. Additionally, it can worsen over time.

2.    You suffer from chronic pains

Chronic pain covers a broad condition. Aside from the muscle and joints, you may also be experiencing migraines, a bad back, or other body discomforts regularly.

Vitamin D also aids the T-cells that help your body fight against foreign bodies, bacteria, germs, and viruses. This nutrient can regulate the effects of the pain-sensing nerve cells so you don’t become vulnerable to chronic pains.

Ever have one of those days when you’re just too tired even if you’ve had a good night’s rest? It’s possible you may have low vitamin D blood levels so your body still feels fatigued.

The only way to determine if you have a low blood level is to take a blood test and get a proper diagnosis from a doctor. A normal vitamin D test result will show a reading of 20 to 50 nanograms per milliliter (ng/mL). If your reading dips below 20, you should be concerned about your levels of this vitamin. If it is below 12 ng/mL then you are definitely deficient.

Children who lack vitamin D are at risk for respiratory infections, according to the World Health Organization. But the same risk can also apply to adults who are vitamin D deficient, especially if they’ve suffered from asthma before.

If you’re always the first one to get a cough or cold during flu season, consider getting evaluated for vitamin D deficiency. A study in the journal Respiratory Research cited that adults with vitamin D problems have a weaker respiratory system. Therefore, their common cold could easily progress into bronchitis and pneumonia.

Doctors in the past used to determine vitamin D deficiency in babies by asking their moms about their head sweat. So, they would recommend for the baby to get extra time in under the morning sun to gain more exposure to vitamin D.

Excessive head sweating is still closely connected to a lack of vitamin D today. Although it is generally harmless and mostly just a hassle, as you’ll need to keep wiping your head, this condition might also indicate medical conditions like diabetes, thyroid problems, and infection. What’s common about these diseases, however, is that they are also connected to a lack of this vitamin.

The sun is often depicted as a positive personality in caricatures and science may best answer the reason why this is so. According to the Vitamin D Council, the lack of sunshine can really be a mood killer. When you’re deficient of this nutrient, your brain processes less serotonin that can affect your positive thoughts, emotions, and state of mind.

Alaskans treat the lack of sun exposure and vitamin D deficiency as a serious medical problem. In fact, its local government actually encourages residents to own and use light boxes during winter time. Residents attach these light boxes to their body as it sends off therapeutic lights that will level off their body’s vitamin D.

If you’re sensing yourself getting impatient and short-fused, it’s perhaps your body telling you that you’re not getting enough vitamin D. As with depression, you’re feeling cranky because of the big drop in your serotonin levels or the happy hormones. The solution is easy in this case. Take a walk in the morning and take in the warm sun, the light breeze, and the beauty of nature. Sometimes, a quick step outside can turn your bad mood and feelings into positive ones.

Harvard experts published a study in Molecular Nutrition Food Research that revealed a vitamin D deficiency may be common to people with hypertension (also known as high blood pressure). If you are hypertensive, you’re putting yourself at risk for cardiovascular diseases, heart attack, and stroke. So, don’t disregard the lack of vitamin D in your system.

Experts are still trying to study the effects and pathology of vitamin D and blood pressure. One possible explanation points to the calcium content of this particular vitamin, which is an important nutrient for the body’s cellular and metabolic processes.

But a study in the journal Circulation, on the other hand, showed that taking vitamin D supplements is not enough to reverse the condition of hypertensive and pre-hypertensive patients. You must still seek a doctor for the proper treatment option for your condition.

Hair loss is fairly common for people who are suffering from stress. But if your falling hair looks abnormally excessive, you may be vitamin D deficient. 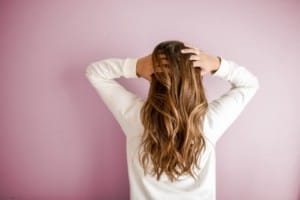 Hair loss is one of the earliest symptoms of people with an autoimmune disease called alopecia areata, as per a study in the Molecular and Cellular Endocrinology. Vitamin D nourishes and stimulates the hair follicles. If you don’t have enough of this vitamin, it could stunt the growth of your hair.

10.  You have weak bones and you’re prone to fracture

Do you know that your bones stop growing in your early 30s? You’ll reach the peak of your bone’s health at this stage but your bone tissues will still keep replenishing as you age.

Some women also experience significant bone loss because of a vitamin D deficiency. Hence doctors prescribe a higher dose of supplements, especially for women in the menopausal age, as per a study in the JAMA Internal Medicine.

Do you have a wound that seems to heal slower than normal? This may be another sign of low levels of vitamin D. Experts at Brazil’s Evangelical University Hospital of Curitiba studied the effects of vitamin D deficiency in patients with leg ulcers.

12. You feel your endurance weakening

You used to be an active and athletic person but if you’re lately feeling that you can’t endure physical activities anymore, don’t discount it as aging. It’s possible you have low vitamin D levels. If you increase the time you soak in the morning sun, you should begin to experience a difference in your energy levels. Sometimes, you don’t have to take supplements to normalize your vitamin D level. A sunshine boost might just be what you need.

Being vitamin D deficient is fairly common. Still, it’s high time you pay attention to the signs because your general health and wellbeing are tied to it. It’s very easy to treat this condition but it’s also important to talk to your doctor to get more input, guidance, and advice.

For many people, increasing their vitamin D supplements, changing their diet to incorporate more foods rich in this vitamin, and spending more time outdoors can be a game changer, especially if they suffer from autoimmune diseases.