When you think of mature people, you probably think of those who take care of responsibilities, know how to rise above drama, and don’t let the little things in life bother them. Although being mature involves effort, life lessons, and being positive, having an “adult” perspective allows you to see the bigger picture. Maturity comes from experience and sheer will, so not every mature person will act in the same way.

However, if you know mature people in your life, you probably will never catch them doing the following things.

“It takes courage to grow up and become who you really are.” ~ e.e. cummings

1. Care what others think.

When you grow up, you start to realize that other people’s opinions of you don’t matter; only your opinion of yourself matters. Mature people understand that placing importance on gaining approval from people results in feeling trapped and unsatisfied. After all, caring what people think is like being in a cage, so why would you want to feel that way?

According to an article on Psychology Today, people living in an adult frame of mind rather than a child’s know what they want in life and go after it. They respond bravely to setbacks and don’t let those stop them from achieving their dreams. They utilize positive thinking and don’t allow petty things to stand in their way. Mature adults have a clear vision of what they want in life. They have their priorities straight.

Mature people don’t seek to take on the role of either parent or child in a relationship; they want someone who will act as their equal. Growing up means finding a partner who will stand by your side in life, not having to take on all the responsibility or asking someone to do that for you.

4. Have a need to be right all the time.

When you grow up, you understand that you won’t always have the right answer. You’ll make mistakes or not know what you’re talking about all the time, and that’s okay! Mature people realize that life involves a lot of trial and error, and we could all learn something from one another. They have humbled themselves because they see that we all are on an equal playing field here, and being wrong at times is just a part of life.

5. Gossip or get involved in drama.

Mature people understand that drama and gossip do no good for anyone involved. The gossiper will only hurt the people that they’re talking about, and those that follow in the gossiper’s footsteps just to feel a sense of belonging will only cause more pain. Mature people steer clear of gossip because they understand that bullying, calling names, and talking about people behind their back is a child’s game.

As you get older, you start to understand that you can’t get anywhere in life without failure. No one tries something and just magically knows what they’re doing the first time; it takes experience and skill to master a craft. Therefore, adults try different strategies in business, life, and relationships to see what personally works for them. They don’t allow fear of failure to hold them back. After all, failure means you’re trying, and that means you’re at least attempting to move forward in life.

Sure, everyone gets tired and needs a break, but that doesn’t mean you can quit altogether. Mature people know the difference between resting and giving up; one involves self-care and the other involves self-defeat. These adults make sure to reach all their goals now so that they can rest later.

Maturity involves the understanding that acting like a victim will result in getting treated like one. Therefore, mature people take full responsibility for their lives and don’t blame anyone else for their circumstances. If they don’t like where they’re at in life, they take action to reach their goals and don’t ask for handouts.

9. Allow their emotions to get the best of them.

While no one is perfect, mature people know how to step back from their emotions and detach themselves so they can get a clearer perspective on a situation. They know that overreacting will only lead to making rash decisions, so instead of thinking with their emotions, they think with logic. Emotions have a role to play in life, but mature people understand the importance of rational thinking as well. 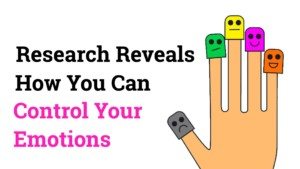 We can’t always control what happens to us in life, but we can control how we respond. Mature people don’t just admit defeat and remain stuck in a situation that makes them unhappy. They make the best of the situation while also actively trying to better their circumstances.

11. Think they have all the answers.

Part of becoming an adult means being able to accept constructive criticism and admit that you can do something in a more efficient or effective way. Adults don’t allow their ego to get the better of them; they put it on the back burner and have an open mindset toward new ideas and people. Having a closed mind results in a limited life, and mature people understand this fully.