Women complain a lot that chivalry is dead and that there are no true gentlemen left in the world. But, chivalry is a concept from the medieval period that dictated the behavior between two warriors.

The code of chivalry only relates to women in that women were a man’s property (either daughter or wife) and what a warrior needed to do so as not to offend his host or liege lord by not taking liberties with the women of the house.

The idea of the gentleman grew out of the aristocracy and the chivalric code when firearms made the knight obsolete. With their purpose (waging war) taken away from them, the aristocracy had to justify their existence and maintain their warlike demeanor even though they were rarely called upon to fight. Out of this grew the idea of personal honor and the willingness to fight at the drop of a hat for any offense, real or perceived. Throw women into the mix, and men were fighting and killing or dying to protect a woman’s honor.

Remember that this time period had very little law and order, and women in particular had very few rights as they were still seen as property. During this time, minstrels were touring Europe and singing ballads about the deeds of chivalrous knights and their romances with (often unavailable) women.

These stories were very, very different from the true state of things and were essentially romance novels, songs, and poems of the period. 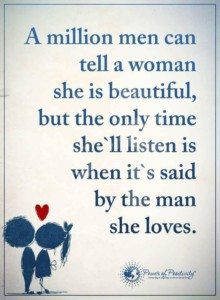 Well, what does all this history have to do with the modern world? Those same warped ideas about chivalry have been passed down through the generations through stories, books, plays, movies, and television. The intersection between this romantic fantasy and the modern world where men and women are equals leads to the ten reasons why most women don’t find a true gentleman.

10 Reasons Why Most Women Don’t Find A True Gentleman

1. The tale of ‘Prince Charming’

Women are raised to expect a prince charming to sweep them off their feet and carry them into a magical land where they are rich and royal and live happily ever after. As fantasies go, it isn’t bad, but it is completely unrealistic on almost every level. This is beyond the means of 99.99% of men on the planet and yet movies, TV shows and books sell this plot line to women relentlessly.

Because it sells. It is a fantasy that women want and when reality doesn’t come close to meeting this fantasy, some women become embittered. Especially when women fall for narcissistic manipulators pretending to be Prince Charming who use those women and cast them aside.

2. The idea that women need rescued

Men, on the other hand, are expected to rush to a woman’s aid at the drop of a hat only to be shuffled off into the friend zone. Sometimes a man goes out of his way to help a woman, only to be told, “I don’t need your help, I can do it myself.”

Women have been told for the last fifty years that they are equals and can do anything a man can do. If you want knights back, then ladies have to encourage it. Men know that women are their equals already.

Gentleman should always pay for the date except for when a woman is specifically taking the man out, and that is established before the date commences. But, it is generally understood that the man will pay for everything when on the date, no questions asked. Dinner? Sure. Dancing after? Absolutely. Movie? No problem. After years on the dating scene, gentleman will be able to tell the difference between women who are sincerely interested in a relationship, and those who are using men to subsidize their lifestyles(there are a lot of them these days).

With the proliferation of dating apps, a woman in a reasonably sized city could get a date every night of the week. That is hundreds of dollars a week in free meals and entertainment. A gentleman isn’t stupid. So, these women are left with those men who are just as shallow, materialistic and selfish as they are and complain that chivalry is dead. It isn’t dead. A gentleman isn’t going to be your next sucker either. If you want a nice gentleman, then you have to be a lady in return. Be sincere, gracious and honest with yourself about why you are on that date.

If there is a one for you, they are probably slinging noodles in Shanghai. There are over eight billion people on the planet. The odds that the ONE goes to the same gym as you is beyond ludicrous. So stop using that Mr. Perfect who resides in the matrix of your fantasies to judge all men against. No one can live up to your idea of “THE ONE,” and so the men you go out with will fall short of your totally unrealistic expectations. No one is perfect, not even you.

5. Putting financial security ahead of love.

It is almost a joke that women all want to marry a doctor, lawyer or someone with another high-paying career. See, the thing is, doctors and lawyers are heavily invested in their jobs and have horrible working hours, which means they don’t have time for you or your needs. They can throw cash at you in the form of jewelry, clothes or cars. But, you might find that you are incredibly lonely. Maybe you should have given that sweet history teacher who gave you his coat on a cold night a chance. You might struggle a little more financially, but you might have found a true gentleman who made you happy.

What girl doesn’t want to land a guy whose family is loaded? The problem with these guys is that they never earned their own way. They were given the best education, fancy cars and had just about every whim catered to them because their parents were too busy making that fortune they are now enjoying. See, the thing is, he doesn’t know the value of anything because he hasn’t had to earn it, fight for it or struggle through heavy odds to achieve anything.

He also doesn’t value you. You are a trophy to him, something he collects, something he will most likely discard once you wreck your body giving him children. That is what you can look forward to, being replaced by a younger model. He does it with his cars; why not with you? After all, you are just another possession to him.

7. The Beauty who looks for her Beast

People don’t really change. If he acts like a beast, it is because he is a beast on the inside as well as the outside, and you are not going to change him. Violence, rage, screaming and abuse are fine in a story on the big screen, but in real life, no one should have to endure that.