Several studies show that a large percentage of men in America are struggling with some form of groin pain that impacts their day-to-day life. And there is a plurality of things that can cause this excruciating pain, some of which include muscle strain, bursitis, fractures, and hernias.

Additionally, groin pain can stem from inflammation and other conditions that negatively affect the testicles and scrotum. While this type of pain can affect all men, regardless of age or activity level, it is especially common among athletes.

According to the American College of Sports Medicine, a U.S.-based nonprofit comprised of sports medicine physicians, practitioners, and scientists, groin pain is not uncommon among athletes, especially those who play sports that entail kicking, rapid acceleration or deceleration, and quick directional changes. Some of the activities that can put men at risk of developing groin pain include soccer, baseball, football, and hockey.

Although women can develop groin pain as well, it is far more common among men. 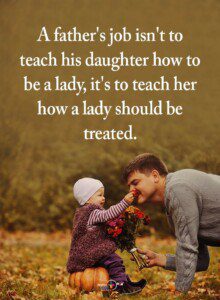 What You Should Know About Groin Pain Among Men

Now that we have a better understanding of how groin-related pain can impact a man’s health and overall quality of life let’s delve deeper into how this excruciating pain starts to develop in the first place. According to most physicians and physical therapists, the most common cause of groin-related pain is a muscle, tendon, or ligament strain, which, coincidentally, occurs quite frequently among professional and amateur male athletes.

To put this into context, a study published by the National Institutes of Health revealed that groin injuries make up 2 to 5 percent of all sports-related injuries. Pain in the groin resulting from a muscle, tendon, or ligament strain can set in immediately or can come on gradually, sometimes over several weeks or months.

Also note that the pain can intensify with continued activity, according to the American Medical Society for Sports Medicine (AMSSM). This organization promotes and integrates science-backed research, education, and practical applications relative to sports medicine and exercise science. For that reason, athletes should forgo playing sports until after they have healed from such an injury.

10 Causes of Groin Pain That Most Men Ignore

All too often, men will ignore signs that point to problems with their groin until they are in a great deal of pain, which can make matters worse. The same is the case for less common causes of groin pain, such as hernias and kidney stones, for example. Pain felt in the groin can also, indirectly or directly, stem from the following:

In most cases, bursitis is the result of a repetitive injury, such as those caused by repeatedly throwing a baseball, football, or other objects, which, over time, triggers inflammation. While bursitis usually forms in the shoulder, it can occur in other parts of the body, including the elbows, hips, knees, and heels of the foot. Bursitis that triggers pain in the groin usually occurs when the bursa, the groin side of the hip, becomes inflamed. Generally speaking, individuals with this type of bursitis often complain of pain in their hip; however, this is usually a case of referred pain since the source of the pain is, in reality, coming from the groin. Some of the more common signs of bursitis affecting the groin include

All in all, if you’re experiencing hip pain after playing sports or other engaging in other forms of physical activity, it would be a good idea to be seen by a physician to determine whether or not the pain is related to a problem involving the groin.

Pain in the groin is sometimes a byproduct of inflammation or injury involving the scrotum. Signs of hydrocele include fluid buildup in the thin sheath that surrounds the testicles, which ultimately results in the scrotum becoming swollen and feeling unusually heavy. Initially, hydrocele is usually painless; however, as the swelling continues, severe pain can start to set in.

Although a painful groin and kidney stones may not seem correlated, the two often go hand-in-hand, according to a study published by Harvard Health Publishing. Kidney stones, which are are hard deposits comprised of minerals and salts that form inside of the kidneys as a result of a poor diet, excess weight, and other factors, can cause lower back pain that is sometimes felt in the groin as well. Along with back pain, additional signs of kidney stones can include the following:

You probably never heard the term avascular necrosis. However, it is a medical condition that destroys bone tissue as a result of poor blood circulation and is usually a byproduct of long-term use of steroidal medication or excessive alcohol consumption.

Along with increasing the risk of bone fractures, this condition can also cause pain in the groin, not to mention the thigh, buttocks, and other parts of the body. Avascular necrosis is particularly common among individuals between the ages of 30 and 50.

Although not overly painful initially, the pain associated with avascular necrosis often intensifies and can eventually result in mobility problems if not treated. For this reason, it is best to see a physician as soon as possible if you suspect that you may have developed avascular necrosis.

While urinary tract infections (UTIs) are more common among women than men, they can cause groin-related pain in men who do develop them, which is an estimated 3 percent of men around the world, according to current data.

When it comes to men’s health, along with groin-related pain, UTIs can cause kidney damage and infertility if not treated. Some of the most common signs of UTIs in men, much like those in women, often include

Swollen lymph nodes can be indicative of several problems involving men’s health, such as ear infections, strep throat, and mononucleosis. They can also point to issues involving the groin. Aside from cancer, swollen lymph nodes are a byproduct of an infection caused by bacteria or viruses.

And they can form on various parts of the body, such as the neck, armpits, and the groin. Because swollen lymph nodes are associated with numerous mild to severe health problems, it is best to be seen by a physician if you develop them.

Also commonly referred to as tendonitis, tendinitis is a medical condition characterized by inflamed tendons. In most cases, tendinitis occurs following an injury, which explains why it is so common among professional and amateur athletes.

Groin tendinitis, specifically, occurs when the adductor muscles, the ones in the highest part of the groin, become damaged and inflamed. It is worth noting that tendinitis can also impact the thighs, fingers, elbows, wrists, and other parts of the body.

In some cases, tendinitis will go away on its own within 2 to 4 weeks; however, if the pain persists beyond this point, it would be a good idea to schedule an appointment with a physician.

As the name might suggest, testicular torsion is a condition that causes the testicles to rotate, which leads to the spermatic cord, which supplies blood to the scrotum, becoming twisted. In short, testicular torsion restricts blood flow to the scrotum, which, in turn, causes pain severe and swelling. If left untreated, the condition can cause significant damage to the testicles, which could lead to them having to be surgically removed to prevent further complications.

Self-examination is one of the best ways to detect health problems before they can spiral out of control. And this also includes the genital area. A self-examination can quickly reveal to men whether or not they have varicocele. For those unfamiliar with this condition, it is one that causes the veins in the scrotum, which contains the testicles, to become enlarged. According to Johns Hopkins Medicine, an estimated 15 percent of men will develop varicocele, which often triggers mild to severe pain.

During a self-examination, it is also a good idea to check for scrotal masses. As the name might suggest, these are abnormal growths that appear on the scrotum. Men who develop this condition may notice a buildup of fluid in their scrotum. It may also become swollen and inflamed. Although scrotal masses seldom cause pain, they can sometimes be cancerous. Therefore, they should not be ignored if they are observed while performing a self-examination. 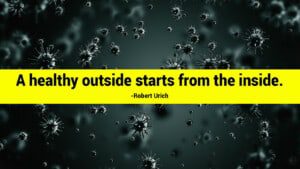 In summary, many health problems can contribute to groin pain in men. And in some cases, the pain felt can be a sign of something serious. That said, the best way for men to stay on top of their health is by performing self-exams and scheduling routine health screenings with a licensed physician.