Millions of people across the world start their day with a warm cup of joe. Most people choose the most popular drink in the world and buy from one of the coffee of the month clubs because of the good flavor and boost that comes with every cup. However, many people aren’t aware of the myriad health benefits that are associated with this drink. Studies have shown that people can use coffee for weight loss and a cognitive boost.

Here are 10 benefits of coffee that you may have never heard about.

1. Coffee is full of healthy antioxidants.

Antioxidants is a word that has been thrown around a lot in within the recent health boom. In short, antioxidants help to reduce inflammation and can even destroy free radicals that can lead to chronic diseases. Regular consumption of java has been shown to provide a rich amount of antioxidants. In fact, a cup of coffee is a better source for these than green tea or cocoa. This may come as a surprise for many people as these two drinks are known well for their antioxidants.

2. A few cups a day can help lower risk of heart disease.

People are always arguing whether caffeine has a negative or positive impact on cardiovascular functioning. While it has always been clear that too much caffeine can be harmful, scientists were still unclear how moderate amounts affected the heart. All of this confusion was cleared up in a Dutch study that analyzed over 37,000 people over a 13 year period. The results indicated that people who drank two to four cups of java per day had a lower risk for heart disease.

3. Moderate consumption can have positive effects on the liver.

That daily cup coffee made from 2 lb bag whole bean colombian coffee may do more than just help with lowering heart disease. A few cups have also been linked with healthier livers. One study showed a link between the consumption of java and a lower risk of cirrhosis, especially alcoholic cirrhosis. The study conducted by the Archives of Internal Medicine showed an inverse correlation between these two factors. More specifically, they found a 20% decrease for each cup consumed (to a total of four cups).

Sports and fitness enthusiasts advise practitioners to stay away from caffeine before and after workouts. This is a struggle for some people who need a cup of joe in the morning to get started. There is a popular misconception that caffeine dehydrates the body. However, recent research is suggesting just the opposite. A moderate amount of caffeine, around 500mg per day, has been shown to not interfere with exercise performance. In fact, this amount can help battle fatigue, allowing for longer and more intense workouts.

5. A few cups per day may help to fight depression.

Although the research is still young, there seems to be a correlation between the amount of caffeine a person consumes and their level of depression. Multiple studies have shown a link between coffee drinking and low rates of depression in both men and women. Those who had a higher consumption of caffeine were less likely to develop depression. In fact, heavy drinkers had the lowest risk of depression (up to 20%).

Gout is a painful form of arthritis that causes an excessive uric acid in a person’s bloodstream. Several independent studies have suggested that long-term consumption can help to guard against this awful condition. In one Nurses’ Health Study, nearly 90,000 women nurses were analyzed for a period of 26 years. Researchers found a positive correlation between the amount of java consumed and a lower risk for developing gout. This association was found with both regular and decaf drinkers.

7. It may help lower the risk for developing type 2 diabetes.

Several different studies are suggesting a link between the consumption of java and a lower risk of developing type 2 diabetes. One study conducted in 2009 found that a daily cup of joe helped to drop the risk for developing diabetes by 7% with each cup. Prior studies had suggested similarly that heavy coffee drinkers have a 50% lower risk for developing type 2 diabetes when compared to non-drinkers or even light drinkers. Scientists have a few ideas for why this correlation exists, although there are several more studies being conducted right now.

There is no word that strikes fear into the heart of health-conscious people more than cancer. Men and women who enjoy a daily cup of java may be at a lower risk for developing certain types of cancer. Men who consume this drink on a daily basis possibly have a lower risk of developing rough prostate cancer. A study from the Harvard School of Public Health is suggesting that women can see a 25% decrease in their risk for endometrial cancer by drinking four or more cups of joe per day. This is in contrast to other women who drank less than one cup per day.

9. Caffeine may help with cognitive decline.

Alzheimer’s and other types of dementia are associated with a decline in cognitive functioning. This can have multiple effects on an individual and none of them are positive. Researchers in Finland conducted a promising study that showed a correlation between increased java consumption and a lower risk for developing some forms of dementia. More specifically, this research showed that consuming three to five cups of joe per day during midlife was correlated with a 65% decrease in risk for developing Alzheimer’s and other types of dementia. 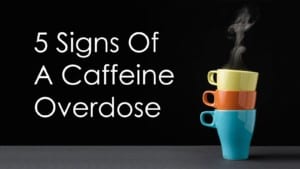 10. It may contribute to a short-term memory boost.

Beyond helping to fight off cognitive decline, a regular cup of java may also help to boost short-term memory and functioning. Austrian researchers found that an intake of 100mg of caffeine, about the amount in one cup of java, is associated with a spike in brain activity. Participants in this study were able to perform better during memory tasks after the caffeine intake. Scientists have been able to show how caffeine helps to activate areas in the brain associated with concentration and memory.

Coffee has been associated with a host of health benefits. Some people use coffee for weight loss while others drink it because they love the taste. Either way, a daily cup of joe or three has been shown to have a host of positive results.