We often don’t think about the power words have. Words shape our thoughts and feelings. They allow us to communicate those thoughts and feelings with others. They give us a way to express our deepest desires. That’s why, when we use negative words to describe either ourselves or others, it can cut deeper than we realize. Those are the types of words you want to ban from your vocabulary.

Everyday positive thinking is no easy feat; however, the vocabulary we use (sometimes unconsciously) can deeply affect the way we perceive everything around us. When our words are laced with self-doubt and a feeling we could be doing a lot better than we are, our confidence will always suffer.

Sometimes we say things without thinking them through because they’re a part of our inherent speech pattern. Still, being more aware of these and controlling them will mean that you can also control the way others see you. If you’d like to project an image of confidence and professionalism, here are some words and phrases to ban from your vocabulary for good.

Here Are 6 Words (or Phrases) to Ban from Your Vocabulary

“Failure isn’t an option. I’ve erased the word ‘fear’ from my vocabulary, and I think when you erase fear, you can’t fail.” – Alicia Keys

It’s never a good thing to speak in absolutes (see what I did there?). It means you’re putting a boundary on yourself and tying yourself to a promise that you might not keep. Saying that you’ll always do something or that you’ll never do something puts you in a fragile position, because absolute promises are very hard to keep. Trust me, someone out there will remember that you made that promise. Don’t leave yourself open to criticism like that; you won’t like it when someone takes a chance and calls you out on it.

This phrase creates the illusion that you don’t have any control over your life and that events just happen. You more or less “have to” put up with them. Every time you say you have to do something, that implies that circumstances are forcing you to do it. Of course, that is sometimes the case – not everything we do is necessarily something we want to do – but you don’t have to be defeatist about it. Try swapping it with “I’m going to” or “I’m about to,” which carries the same intent – you get to do something – but it doesn’t project the feeling of being defeated by circumstance. Hence, a phrase to ban from your vocabulary.

When you say you should be doing something, like “I should be working on this project,” it immediately implies that you’re feeling guilty for not doing it. It’s always good to remind yourself of the things you need to complete or achieve, yet remember that everyone works according to their own timeline. It’s not necessarily a failure that you haven’t kept to a strict timeline. Replace “should” with “choose.” This will give you the feeling of power over your own decisions. What is more, it will encourage you to complete things because you want to rather than because of your feeling of guilt.

Using “just” in professional scenarios, such as, “I just wanted to check if this would work,” makes you sound unsure in your own decisions and like you’re gearing up for a failure. You shouldn’t apologize to anyone for taking up their time. You matter, and you deserve to be given the time of day to speak your mind. Always remember that and try to eliminate “just” from your vocabulary as much as possible.

Start with your written communication. Go through your emails and delete every “just” you see – it’ll make you sound much more confident and straightforward in what you’re saying. Then, gradually, move this practice into your speech patterns as well and you’ll notice a confidence boost sooner or later.

When you make a decision, stand your ground. Prefacing a sentence with “but” makes you sound like you’re doubting yourself and your own ability to make informed choices. For this reason, it is a phrase to ban from your vocabulary. One of the most important lessons you’ll learn in life is to always trust your gut feeling. Even if you suffer from self-doubt, try to eliminate it as much as possible because, nine times out of ten, your gut feeling will be right. Don’t let the word “but” force you to stop accomplishing something you’ve worked hard for. Instead, replace it with “and” or “however,” because that way not only do you not invalidate your own argument but you also get a chance to make helpful additions to it. 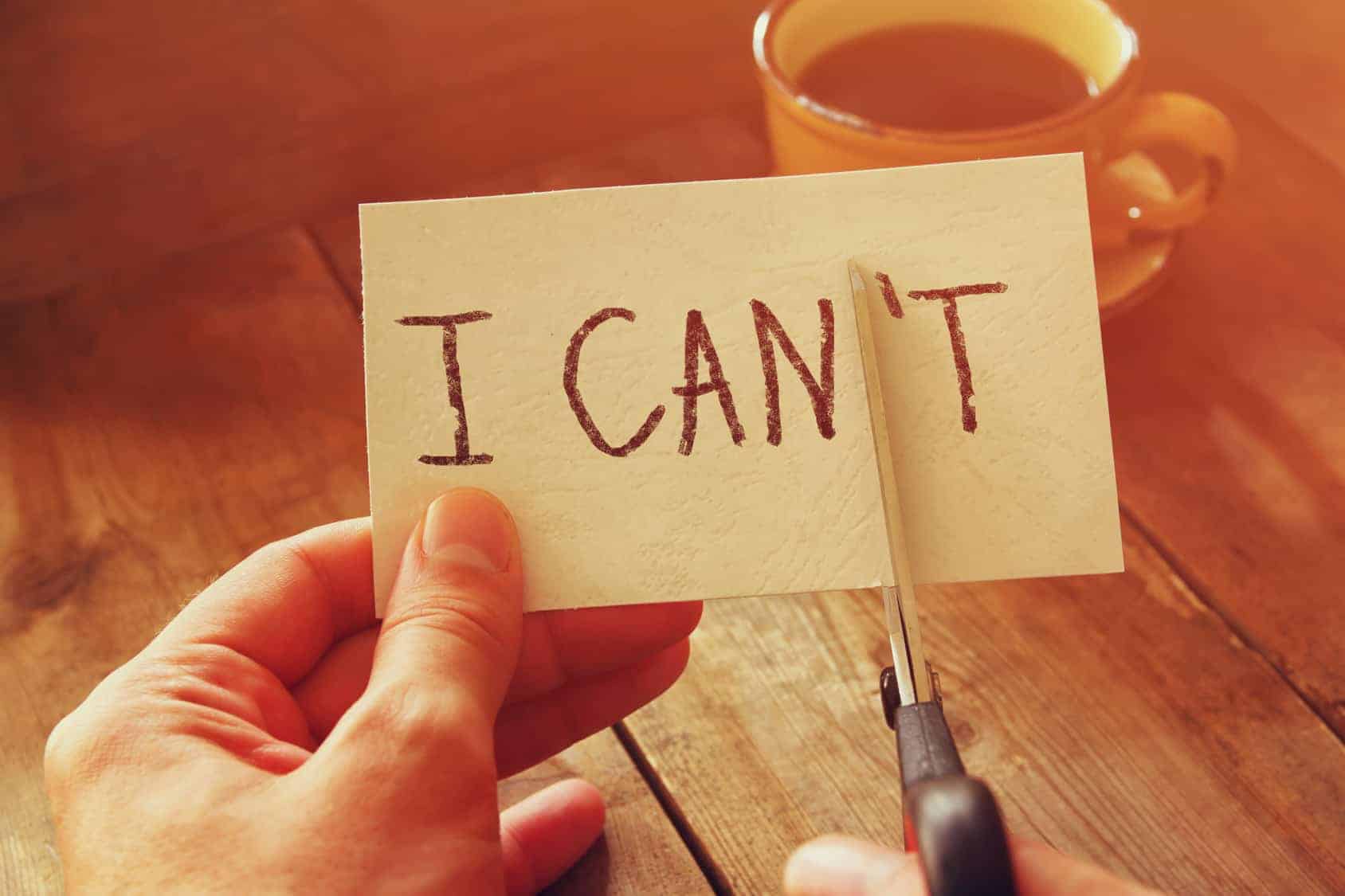