“When people cheat in any arena, they diminish themselves—they threaten their own self-esteem and their relationships with others by undermining the trust they have in their ability to succeed and in their ability to be true.” ~ Cheryl Hughes, Author

Cheating in relationships is incredibly common. John Howard, a therapist and behavioral scientist, claims that as many as 50 percent of people in a relationship cheat on their spouse. Perhaps not so coincidentally, the divorce rate also hovers around 50 percent. Many experts cite it as the number one reason for it.

So, why do people cheat (and divorce) in the first place? Well, many social scientists and relationship experts believe that monogamy – committing to one person – goes against the evolutionary grain. Here’s Franklin Porter, a couples’ therapist based in New York City:

“I don’t feel like it’s natural to be in a monogamous relationship. From an evolutionary standpoint, men are wired to impregnate multiple women to further the species.” Mr. Porter goes on to explain that humans began cohabitating and procreating despite the innate desire to “explore” – a longing that, Porter says, continues today.

Evolution aside, scientists dug a bit more into the “Why?” behind cheating in a recent study published in The Journal of Sex Research.

According to the research team, here are four commonly-cited reasons why people cheat in a relationship:

Unsurprisingly, a fair number of cheaters say that they’ve fallen out of love with their partner. While the statement “I just fell out of love” may seem straightforward, it may also be used as an excuse. Furthermore, it’s highly likely that some other cause – lack of communication, boredom, non-attraction – may also be at play.

2. Low Commitment (“I wasn’t very committed to my primary partner.”)

The truth is that some people enter into a relationship with a lackadaisical attitude. To them, the word “relationship” implies something more open-ended. The problem, of course, is when the other person doesn’t share this apathetic outlook.

It goes without saying that commitment levels tend to coincide with relationship happiness. Commitment is the close cousin of intimacy – and a lack of either can spell doom for a partnership. 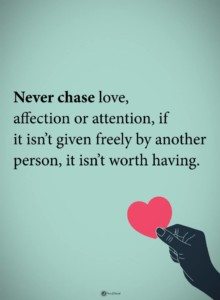 3. Esteem Reasons (“I wanted to enhance my image.”)

Sexual conquests may also serve to boost the ole’ self-esteem. Men and women who engage in cheating for esteem reasons think (often incorrectly) that a roll in the hay with some stranger may bring them some confidence.

Other people will engage in cheating to enhance their social credibility. Cheating to elicit favorable social opinion is more common among younger adults, though it occurs in older groups as well.

4. Situational Factors (“I was drunk and not thinking clearly.”)

Then there are situational “factors” – the wrong place at the wrong time while quite possibly doing the wrong thing. Alcohol and certain drugs lower inhibition and impair judgment; predictably, the odds of one making a poor choice and cheating on their partner are much higher under such conditions.

The Effects of Cheating

Regarding the effects of cheating, the psychological – and, many times, physical – toll inflicted doesn’t invite much opposition. Put simply, cheating can be devastating to one or both individuals.

In a study published in the Journal of Social and Personal Relationships, M. Rosie Shrout of the University of Nevada at Reno, found “a connection between (both) mental health and health-compromising behaviors.” Concerning the former, victims of cheating were at a much higher risk of developing anxiety and depression.

Also, Ms. Shrout says, “As we expected, people who experienced more emotional and psychological distress after being cheated on engaged in more risky behaviors. They were more likely to eat less or not eat at all, use alcohol or marijuana more often, have sex under the influence of drugs or alcohol, or overexercise. Being cheated on seems to have not only mental health consequences, but also increases risky behaviors.”

As mentioned, many scientists and other experts believe that we are not wired for monogamy. Before the widespread adoption of religion, humans regularly engaged in polygamy to ensure the survival of our species. Additionally, the brain seeks what is exotic and novel. Left unchecked (or under the influence!) the brain is more likely to act on the desire for lust.

Which begs the question: Why stay committed?

The simple answer is emotional bonding. A life partner is one with whom you can share life’s delightful memories; someone you can rely on; someone who, when all is said and done, will be there and love you unconditionally.

Beauty fades. Hormones die down. We get old. Those who choose love and commitment are handsomely rewarded.