Do you want to know what a vegan diet does to your body? Well, you are in the right place!

First, if you are a vegan or vegetarian, you are probably a conscientious observer of the world around you. Not only are you health-conscious, but you also hold a heartfelt concern for the treatment and lives of animals. For this, you are to be thanked. You truly do make the world a better place for us all.

Second, a vegan diet is very healthy! Sometimes alternatively referred to as a plant-based diet, veganism prioritizes the consumption of fresh, wholesome, and organically-sourced foods. Fruits, vegetables, and plants are considered by many to be “nature’s medicine.” Additionally, history shows that the cultures who put Earth-grown foods at the top of their list enjoy some of the best health. They also live the longest.

As with any dietary lifestyle, vegans must also strike the right balance, indulging in foods with an intelligent and flexible mindset. Vanda Sheth, spokesperson for the Academy of Nutrition and Dietetics, says about a vegan diet, “Make sure it’s a well-balanced diet that has a wide variety of foods. Anything you eat can be unhealthy depending on how you make it.”

Here’s what may happen to your body when you go on a vegan diet:

“Being vegan is not always easy and accessible. But it’s a way of life and makes me as a person feel really good and physically look better.” – Olivia Wilde, actress

1. You may feel hungrier more frequently.

Vegetables are a vegan’s best friend, hence their namesake. While their heavy reliance on vegetables is mostly a good thing, vegans – just like everyone else – also require a certain number of calories. Per the National Health Service in the U.K., a male requires around 2,500 calories, and a woman, 2,000, to maintain their current weight. Losing one pound per week requires the latter demographic to consume around 1,500 calories.

Now, consider that a cup of raw, cooked vegetables contains just around 25 calories. Again, these are calories that the body and brain require to function. So, if you’re on a vegan diet, it may be wise to implement a diet that mixes in higher-calorie foods as well. Chia seeds, flax seeds, quinoa, raisins, coconut oil, and almond butter are all excellent choices!

2. You may have higher – and healthier – energy levels.

With the right amount of calories and a healthy mix of vitamins and nutrients, you will probably have more energy!

Per a 620-person study published in the American Journal of Cardiology, vegans tend to eat lighter foods that contain less fat and sugar. As a result, vegans tend to have higher energy levels, and less stress and anxiety! Vegans beat out their vegetarian counterparts, with both groups handily outperforming the meat-eating group.

3. You could lower your disease risk.

Vegans tend to eat a lot of plant-based foods, which happen to be awesome for preventing all kinds of diseases that plague humans. Scientists believe that vegans’ consumption of phytonutrients – nutrients that protect the plant from things like bacteria, bugs, fungi, and toxins – also safeguard a person from cancer, diabetes, heart disease, and other life-threatening ailments!

In a study published in the journal Nutrients, researchers concluded that vegans might also have a lower risk of high blood pressure (hypertension), obesity, and neurological disorders. 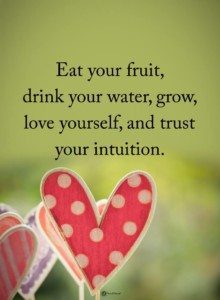 4. You could have nutrient deficiencies.

Of course, we care about your health, so we have to mention what is perhaps the biggest issue with vegan diets: not getting enough key nutrients. First, it is important to understand the two main reasons for this trend.