In a relationship, you have to love and respect your partner. Resentment can get in the way of that and breed hatred, which will ultimately cause the partnership to collapse as you wonder how you even got to that point.

Resentment within a relationship is extremely toxic, and the hatred that stems from it is deadly to any couple. Unfortunately, resentment starts very small and grows until it’s unavoidable, and a lot of the time, you may not notice when it begins to take root.

That’s why you have to be aware of your behaviors when with your partner and take note of ones that may be causing them to feel resentful of you. You should also take note of your own resentment levels and see if you can pinpoint their origin.

This is, of course, much easier said than done. But if you know what to look out for, you can stop resentment in its tracks before it turns into loathing and burns down what you have built.

7 Things That Fill Relationships With Hate That Most People Ignore

A little competition doesn’t hurt, but constant competition that ends in fits of envy for the “loser” isn’t good for any relationship. If you or your partner turns into the green-eyed monster every single time the other person succeeds, you’re in for a lifetime of hate.

Sometimes, relationships can feel uneven in certain aspects. If you have been working tediously for years on end to advance in your job position but your partner gets promotions more easily without doing overtime or going the extra mile, it’s natural to feel a little upset.

But what’s important here is to recognize that this envy isn’t warranted. Your partner isn’t sabotaging your career – you just have different strokes of luck. It’s incredibly important to be your significant other’s cheerleader; if you react negatively to their success, resentment is building on both sides.

Envy can also cause someone to hold their partner back, preventing them from doing any better and stifling their success. This is a terrible thing to do to someone you’re supposed to love. Again, it causes resentment to build for both parties. Start learning to treat your partner’s success like shared success. After all, it’s your shared life, now!

2.    Refusing To Take Responsibility For Mistakes

To err is human. It’s impossible that you will go through an entire relationship without making a single mistake. A proper apology is all it takes, usually, to make up for these mistakes, accompanied by a thoughtful action to make up for it.

But it can be difficult to swallow your pride and admit to your mistakes, and if you or your partner simply refuses to do so, it is harmful to any relationship. A lack of owning up to errors is immature, especially when just done to preserve a large ego.

Some people may also play the blame game, pointing fingers and playing the victim every time something bad happens. This is a sign of emotional manipulation and toxicity, and if it continues, it’s a giant red flag.

Of course, this means that, if a good apology is given, the other party must be willing to accept it and forgive it – or, at least, work towards forgiveness – if they want to stay in the relationship. It’s a two-way street.

Fights between partners shouldn’t be about one person versus the other person, says author and relationship expert Beth Liebling. It’s about the couple versus the problem they’re facing. When you don’t keep this in mind, positive thinking dies down and resentment grows.

There is no real “right” or “wrong” in arguments during relationships. If you fight to win and get your point across, you’re telling your partner that your ego is more important than your ability to stay together. Instead, you should focus on what the problem is, how you can face it, and how you can find a win-win resolution.

Fights are a normal part of relationships. If you and your partner learn to face them in a positive way, you won’t have to deal with the inevitable resentment and fallout.

4.    Being Late and/or Cancelling Often

Punctuality in a relationship is about respect. If you’re always late to dates, let your partner’s food grow cold as they wait for you, or repeatedly show up hours after you’re supposed to, your significant other will begin to hate it.

The same goes for canceling plans all the time. If something is always coming up at work, you’re always not feeling up for it after all, or you change plans last minute to be more convenient to you, you can bet there’s some resentment bubbling already.

Following through on your promises and appointments shows your partner that they are important to you. Ignoring these agreements is a surefire way to tell your significant other that they’re not a priority. If this is the case, don’t expect them to stick around.

5.    Sharing Too Much With Others

A lot of people make a habit of ranting to their friends about relationship troubles. To some degree, this can be considered acceptable, especially if both people in a relationship do so and have clear limits on what to discuss, as well as the consent of their partner to discuss it. If you need to get something off your chest, talking to a trusted person isn’t the worst idea.

The problem comes when you overdo this. For example, if you’re talking about every last detail of your arguments or discussing your partner’s personal information, you’re going too far. Plus, you may be painting an incorrect picture of your partner to others.

When you rant or rave about your significant other and the struggles you go through, your partner is left blissfully out of the loop. They have no idea what’s going on as your resentment towards them continues to grow. Then, when they find out you’ve been too loose-lipped, their resentment will grow, too.

A relationship involves two (or more) people with different thoughts, opinions, and goals. Though long-term relationships tend to have similar long-term visions, there will still be disagreements and varying desires between the people involved.

This is where compromise comes in. It’s all about finding a positive solution that works for both parties, or balancing what each person wants in order to achieve the best result. It’s endlessly important in relationships, and those who are always getting the short end of a stick are likely to begin to feel hatred and resentment for their other half.

a)    The Silent Treatment

Lots of people who are angry with their partners give them the silent treatment. It’s a terrible, toxic behavior and has no place in a relationship. Studies have proved time and time again that it causes deterioration between partners.

The goal in a relationship is to communicate, not to ignore. This doesn’t mean you can’t take some quiet time to collect your thoughts; just make sure your partner knows that’s what you’re doing and that you’ll talk about it in a few hours or the next day.

If there’s something on your mind or something bothering you, talk about it. Don’t fall into the trap of thinking that you should just let it go – that’s how resentment starts to build.

Both partners should feel comfortable talking about even the smallest issues in a constructive and productive way.

If you or your partner is open about thoughts, ideas, and concerns, and the other party refuses to listen, that’s a very bad habit that needs to end. To have your feelings dismissed and invalidated is damaging to one’s self-esteem, and it can cause hate to fester.

Make sure that, if your partner has something serious to say, you listen to them thoroughly and acknowledge their opinions and thoughts. You don’t have to agree with everything; you do need to listen, respect, and find the best way to go about the problem. 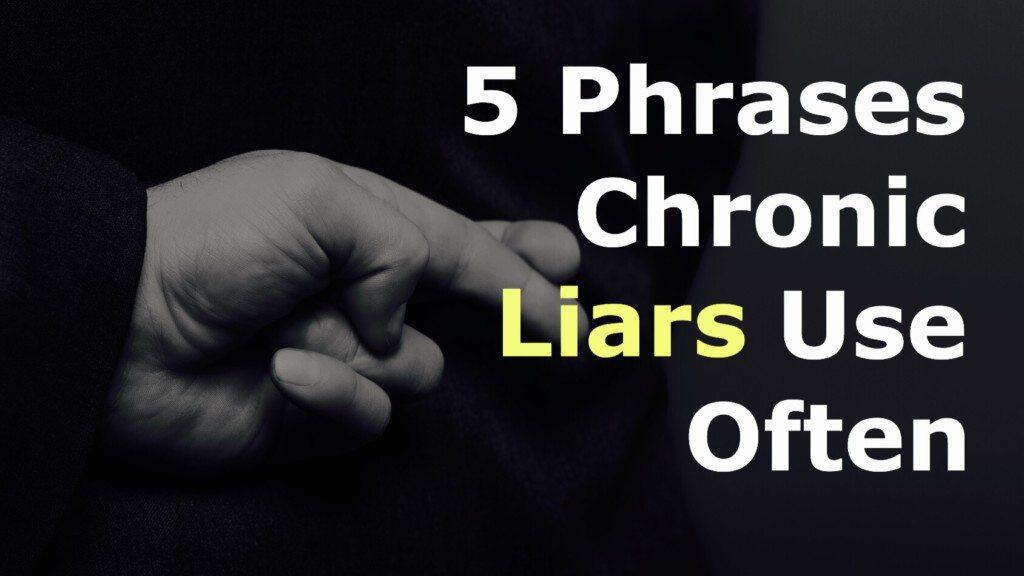 Everyone jokes about how their partner says “I’m fine” when they’re really not. It might be a white lie that many people accept today, but it’s a toxic kind of behavior. Those who do this are teaching their partners not to take anything they say at face value and always search for hidden meaning, as it could all be a big trap.

Confrontation is scary, but disagreements and problems don’t have to be confrontations. Just talk about what is bothering you and encourage your partner to do the same.

There will always be a couple of clashes in a relationship. The trick is knowing how to handle them in a productive, calm, and considerate way. It’s hard to catch resentment when it grows, but when it gets to be too strong, no amount of positive thinking will clear the air.

By making sure you’re on the lookout for these negative habits that could spawn resentment, you’ll be saving your relationship from heartbreak down the road.