A migraine can be debilitating and uncomfortable. To experience an intense throbbing pain that radiates in the head can render you helpless. When you have a migraine, you might not want to do anything but lock yourself in the bedroom, turn the light off, and try to sleep. Although there are medicines that can help with the pain, you could also try some of these easy ways to relieve a migraine naturally:

Here Are 8 Ways to Relieve A Migraine Naturally

“By taking the time to focus on our mental and emotional well-being, we can minimize our triggers and reduce the likelihood of a recurrence.” ? Sarah Hackley

An ice pack helps to numb a throbbing headache, according to the Cleveland Clinic. When the blood vessels are inflamed, as in the case of a migraine, an ice pack helps reduce inflammation. Hence, you’ll find relief if you apply cold compress when a migraine strikes. If you don’t have those ready-to-use ice packs, you can put ice in a sealed plastic bag that’s partially filled with cold water. Cover this with a damp towel before putting over your head. Let it stay on for at least 15 minutes. If ice is not available, then a cloth rinsed with cold water should be a good alternative as well.

2. Drink a warm cup of ginger.

Drinking a cup of warm and fresh ginger helped 100 patients who had migraine attacks in a study published in Phytotherapy Research. Fresh ginger apparently works even better than the common migraine medication called sumatriptan. Some people even eat ginger raw after boiling it to get the most out of its medicinal benefits. Ginger’s medicinal properties have been proven since the ancient times but if you’re not fond of its taste, you can mix ginger juice with pineapple, pear, and coconut water for a refreshing and tasty natural migraine treatment.

Research shows that lavender essential oil is an effective and safe treatment for migraine headaches. Of the 129 participants in a study published in the European Neurology, 92 reported that lavender oil worked for their migraine attacks. Experts said that inhaling the scent of lavender oil, which should be diluted in water, took effect within 15 minutes.

4. Massage peppermint oil on your temples.

Peppermint oil has menthol properties that reduce the pain of a migraine. The menthol solution also curbs feelings of nausea and vomiting that are so common during a migraine attack. Researchers from Shiraz University of Medical Sciences saw the positive effects of massaging peppermint oil on the temples of people who experience migraines regularly and it might even prevent migraines from returning.

But why just limit the massages to the temple? A study in the Society of Behavioral Medicine indicated that migraine patients who get regular body massages for at least 13 weeks could decompress and minimize their physical stress. Hence, their sleep cycle and circulation improve to where their migraine attacks come less often. If you try body massages using peppermint oil, you’ll likely get double the migraine relief.

Dehydration triggers migraines and tension headaches, according to a study published in the Handbook of Clinical Neurology. Drinking a glass or two of water can relieve migraines after 30 to 120 minutes. To lessen migraine triggers, aim to drink regular amounts of water every day. You can also hydrate your body by eating foods that have high water content, such as watermelon, cucumber, soups, cabbage, and grapefruit.

Acupuncture is rooted in traditional Chinese medicine. Experts who reviewed the procedure stated in the Pain Management Nursing journal that acupuncture is also effective in getting rid of migraines without the side effects. Another study involving 4,400 respondents who underwent acupuncture showed that it provides even better migraine relief than taking medication. For quick relief, however, try pressing your fingers in spots that ache, such as your temple and your forehead’s middle area. The pressure should help relieve the tension.

Doing yoga addresses many aspects of health. It’s for stress relief, body flexibility, inner peace, and to encourage positive thinking. People with frequent migraines also find that they have fewer attacks if they practice yoga regularly, according to the International Journal of Yoga. If you know of a class in your area, why not give it a try? See if it can help improve your condition against a migraine. Give yourself three months to get significant results. 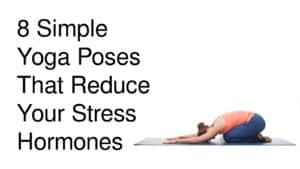 According to another study published in the Headache journal, patients in a yoga control group felt that the occurrence and the severity of their migraines lessened after joining yoga classes consistently for three months. For immediate relief from a migraine, do stretching and breathing exercises in your bedroom to help your body relax. You can also practice stretching and breathing every morning as a preventive measure against migraine attacks.