You may feel like you are going crazy if you have ever been the victim of a manipulative sociopath. But the reality is, you are in danger of being manipulated again. In this article, we will talk about some of the ways that a sociopath will try to manipulate you. We will also discuss what you can do about it when you realize what is happening to you.

The many ways that you interact with others, cooperatively, through connections built over time, sharing and trusting each other in different levels of intimacy, are how most normal people act socially. A sociopath sees all the people and things in their life as pieces in a game that they have to win at all costs.

As a result of this game playing, you and anyone who comes into contact with a sociopath is a potential part of their game. You will not likely win in a game against a sociopath because the sociopath has been manipulating people since their early childhood.

Author Martha Stout writes in her book The Sociopath Next Door: The Ruthless Versus The Rest Of Us,

‘This is exactly what happens to the human mind when emotional attachment and conscience are missing. Life is reduced to a contest, and other human beings seem to be nothing more than game pieces, to be moved about, used as shields, or ejected.’

8 Ways Sociopaths Will Try To Manipulate You 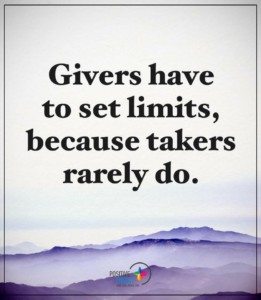 Sociopaths and serial killers share the same lack of remorse for their actions, but neither of these antisocial personalities is created over night. Psychologists say ‘People develop sociopathy as a result of genetic predispositions for neurological differences and antisocial behavior combined with, traumatic childhood experiences. The serial killer is the sociopath that takes the next step and makes a conscious decision to kill. That element of choice is what distinguishes the sociopath from the sociopathic serial killer. ‘

One of the only ways to get out of a sociopath’s game of manipulation may simply be to ask them what they ultimately want and help them to get it. The other option to dealing with a sociopath is to document and report their behavior as well as to avoid becoming a pawn in their game.

Making you feel good about yourself is a way that a sociopath will try to manipulate you. That’s true especially if you tend to have low self-esteem. The sociopath can sense your need for approval and they will give it to you if it gets them what they want.

A sociopath enjoys sex as one of the only pleasurable parts of living other than dominating the entire game of life. As a result, they tend to have active sexual lives that they involve others in as a manipulation. Do not be fooled; the sociopath is not capable of love so this is just about sexual gratification for them.

The predator stare, the dead eye, the reptilian stare, the shark gaze, the annihilatory stare; this look of emotionless eyes is one that is effectively used by a sociopath to manipulate you. The first one to blink loses, and you just lost to a sociopath who has been practicing this much longer than you have.

The first to speak also loses in the manipulative game of a sociopath, and a lengthy, uncomfortable silence is another tool that they use. By the time you’re feeling the discomfort of this awkwardly long quiet moment, the sociopath has you right where they want you.

Playing a role or wearing a disguise is what a toxic people do. The most frightening thing about a sociopath is that they look so normal to everyone, but their behavior is only always self-serving.

A sociopath will call you, hang up on you, and make you feel like it was your fault. A sociopath knows how to use just the right amount of guilt to make you want to make it up to them. Again, this is one of the game playing tactics that a sociopath uses to get what they want.

Related article: 9 Things To Say To Stop A Manipulator

You feel badly for even thinking these negative thoughts about someone who looks like such an upstanding citizen, and the sociopath may even imply that if you tell anyone about their behavior they will only think you are crazy.

Scaring you into doing what they want you to do is one way that a toxic person will try to manipulate you. Usually this is not by threats, however, the sociopath is subtle. For example, they may tell you that they used to torture animals as a child and then later use that information as a psychological weapon to manipulate your fear of what they are capable of.

One thought on “8 Ways Sociopaths Try to Manipulate”