Iron is a mineral that plays several roles in the body. It’s also an essential nutrient, meaning that you must acquire it from food.  If your body is low,  you risk a deficiency which can cause health problems.

The primary function of iron is as the building block of hemoglobin, a substance in the red blood cells that transports oxygen from the lungs throughout the body. Hemoglobin absorbs over two-thirds of your body’s iron supply.

In this article, we’re going to discuss 10 warning signs that your body is low in iron. We’ll also list good sources of the mineral. Finally, we’ll talk a bit about preventing and treating iron deficiency. Let’s do this!

“Although many people don’t think of iron as being a nutrient, you might be surprised to learn that low iron is the most common nutritional deficiency in the U.S. Almost 10% of women are iron deficient.” – (1)

Here are 10 early warning signs that your body is lacking this important nutrient:

Feelings of fatigue are among the most commonly cited symptoms of iron deficiency. The catalyst of fatigue is the insufficient amount of blood oxygen available to the body, caused by a shortage of hemoglobin.  When muscles and tissues are deprived of blood oxygen, they become fatigued much quicker. Additionally, your heart must try to make up for the low hemoglobin levels by pumping harder, which can cause you to feel more tired.

Brain fog is commonly experienced as a complementary symptom, along with fatigue, in people with iron deficiency. It is characterized by difficulty concentrating, poor memory, and confusion and disorientation. To operate effectively, the brain requires more energy than any other part of the body. It stands to reason, then, that deficiency in iron levels – and the shortage of blood oxygen – can readily cause cognitive difficulties.

Hemoglobin is what gives skin its reddish color. If your body’s hemoglobin count is low, your skin may appear paler than usual. Iron deficiency can result in pale skin all over the body. Pale skin may also disproportionately affect certain areas, including the face, gums, and nails.

Iron deficiency may trigger headaches due to a decreased amount of blood oxygen reaching the brain. Low oxygen levels cause blood vessels to swell, which can create pressure in and around the skull and trigger headaches or even dizziness.

The innate intelligence of the human body is capable of signaling the heart when it is low in oxygen. The heart responds to these signals by pumping harder to distribute more blood oxygen. Not only does this make us feel more tired and weak, but we may also experience an irregular heartbeat – a condition referred to as heart palpitations. Other related symptoms may include chest pain and shortness of breath.

To keep the extremities warm, the body requires consistent blood flow. An iron deficiency interferes with the mechanism that warms hands and feet by not delivering sufficient oxygen. People who feel the cold more easily may feel this symptom of iron deficiency to a higher degree than others.

The mouth can be a good indication of iron levels. If the tongue appears pale or inflamed, it could signify a potential iron deficiency. Like the skin, paleness of the tongue is caused by a lack of blood oxygen, as blood gives off a red color. In the presence of an iron deficiency, the tongue may also appear smooth, as iron shortage also interferes with the delivery of myoglobin – an oxygen-binding protein found in tongue muscle tissue. Besides appearing pale and smooth, lack of iron in the body may also cause soreness of the tongue.

This symptom usually pairs with fatigue. Muscles both large and small require consistent blood oxygen for energy. As such, when oxygen-dependent muscles aren’t supplied with enough blood, they can quickly tire and weaken. Weakness often appears as an “all over body” symptom, meaning that it can be felt from “head to toe.” Weakness may manifest into feelings of illness or sickness. 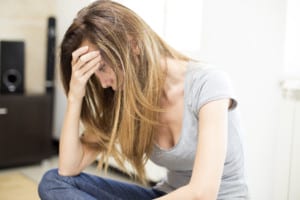 Iron is such a necessary mineral to health that it may cause a bevy of seemingly unrelated symptoms. Iron deficiency anemia, for example, may cause “cravings to eat ice, clay, dirt, chalk or paper.” A deficiency in the body may also cause feelings of anxiety. Because it is also required for a healthy immune system, the lack of iron may lead to more infections and feelings of sickness.

Finally, let us discuss some of the best food sources. Here they are, along with the percentage of recommended daily intake (RDI) that one serving provides. Again, the RDI for iron is 18 mg per day.

– Shellfish: Clams, mussels, and oysters are among the best sources you’ll find. One 3.5-ounce portion of clams contains 28 mg of iron, or 155% of RDI. Shellfish contains many other nutrients and can boost good cholesterol as well.

– Spinach: Popeye’s food of choice is among the most abundant sources of nutrients, including iron. Spinach contains about 20% of the RDI for iron, per serving.

– Legumes: Legumes such as beans, chickpeas, lentils, peas, and soybeans are excellent sources of iron. One cup of lentils contains about 7 mg, or about 40% RDI.

– Pumpkin seeds: Just 1 ounce of pumpkin seeds contains over one-fifth the RDI for iron. Also impressive is the seed’s rich concentration of magnesium, with the same serving amount yielding nearly 40% RDI for the mineral.

– Quinoa: Quinoa is a popular choice for cereal lovers who can’t or won’t consume gluten. A cup of cooked quinoa contains about 3 mg of iron, or just under 17% RDI.

– Turkey: Besides packing nearly 30 grams of protein in just a 3.5-ounce serving, turkey also contains a respectable amount of iron, coming in at just over 2 mg of iron, or 13% RDI.

– Tofu: One 3.5-ounce serving of tofu contains about 5.5 mg of iron, or about 18% RDI. Tofu is also a good source of protein and contains all essential amino acids!

If you’re experiencing a combination of one or more of the above signs, consider speaking with a doctor. A quick blood test can determine if you are indeed iron deficient. If the doctor decides that you are iron deficient, they will help you come up with a plan to manage it. This often entails supplementation or modifications to your diet.

Consuming vitamin C, either by food or supplement, increases the absorption of iron. Better absorption of nutrients means that more of the nutrient is available to the body (bioavailable).

There are also foods that inhibit absorption and bioavailability. These are as follows: beverages that contain caffeine (e.g. coffee, soda, tea), high-fat dairy products, and whole-grain products.

As a quick reference, the following food types are considered iron-rich sources:

Iron deficiency is both a preventable and treatable condition. Should you feel that you could be iron deficient, consider eating some of the foods mentioned above for a few days. If you continue to experience symptoms, seek the advice of a health professional.

It is worth mentioning that certain demographics are more prone to a deficiency than others. These groups include infants and children, blood donors, vegetarians, and women. Regarding the last, women who are menstruating are at a higher risk due to blood loss. Statistics also show that women are more at risk for iron deficiency than men.

If you are considering iron supplementation, try to find an organic variety of the supplement. Usually, these products are made from food concentrate, which is the next best thing to getting vitamins and minerals from whole foods. Getting nutrition from prepared food is always the best source, and supplementation should always be considered as a second option.