If you’re a night owl or just someone who values shut-eye in general, you may think anyone who wakes up at 5 in the morning is out of their minds. But they are smarter than you may think, and they’re doing a lot of good for themselves by maintaining these seemingly shocking waking times!

Lots of highly successful people wake up at very early hours, and there’s a reason for that. Countless different benefits come from getting up before the crack of dawn, and they’re ones that are difficult to get through any other means.

Still not convinced? We don’t blame you! To get up at such an early hour sounds like torture. But we promise that it will help you in the long run.

1. You Feel Motivated and Confident

When you wake up early, you often automatically start the day with a strong sense of accomplishment. You’ve done something – you’ve managed to get yourself up and productive at a time that you previously thought impossible.

This feeling is especially true if you’re someone who prefers hitting the “snooze” button multiple times in a row for the sake of that previous five more minutes of sleep. You will gradually–but assuredly–progress from someone who never gets up with the first alarm to someone who is out of bed by 5 in the morning makes you feel like you’re doing well.

This kind of self-improvement lends itself to a feeling of confidence, stemming from this positive action. It sounds surprising until you realize that trust is built up in very slow, steady intervals most of the time, mostly from small events. Plus, with confidence, other traits also improve, such as:

But there’s another essential trait that confidence helps build, but which can also just come from waking up early: motivation. When you wake up earlier, you usually will have better clarity for the rest of the day, allowing you to be more motivated to check off items on your to-do list.

Confidence also builds motivation. When you believe in yourself and your capabilities, you feel more driven to work harder and do your best, as you have faith in yourself. 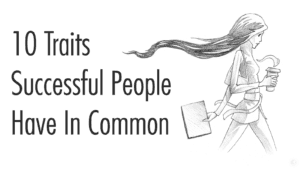 Did you know that waking up earlier means that you’re likely to get better-quality sleep? It’s surprising, but it’s true! The act of rising earlier allows your body to use up its energy in the way that it was always meant to, so it craves sleep at just the right time.

There are also psychological reasons for better sleep with an early rise. When you wake up earlier, you have a clearer conscience and feel happier with yourself, as you’ve accomplished something and feel productive. This habit will lead to better positive thinking due to lowered stress and anxiety levels, which means you’ll be able to fall asleep with less tossing and turning. This outcome can also be called a feeling of “earning” your sleep.

Of course, you also need to pay attention to other aspects of your sleep, such as:

Make sure that you’re getting a minimum of 7 hours of nightly sleep. If you tend to be more active during the day, or don’t feel rested enough after 7 hours, increase your sleep time, up to a maximum of 10 hours per day. Sufficient sleep is necessary for a positive day.

If you drink coffee, eat sugar, or stuff your face right before bedtime, of course, you’re going to feel wide awake! Avoid eating anything too close to bedtime, and if you must eat or drink, stick to relaxing, non-stimulating foods.

A bedtime routine can help you wind down at the end of the night. If you’re blaring loud music, jumping around the house, or exercising within three hours of bedtime, you’re going to feel too pumped up to sleep.

Devices such as laptops, phones, and TVs can expose your eyes to a lot of light, causing your brain’s melatonin-producing functions to be impaired. Melatonin is the hormone responsible for regulating sleep. An hour before bed, put your devices away (and set your phone to airplane mode) and do some relaxing things.

3. You Have Time To Plan Out The Day

At 5 am, people aren’t exactly bouncing off the walls just yet. No one’s sending you fervent messages, the world hasn’t gotten noisy, and you have plenty of time to prepare without rushing around and trying to get to work on time.

These extra minutes give you an hour or two of entirely distraction-free, quiet time to yourself to plan your day meticulously. It can feel downright luxurious to have so much spare time. Sit down, chill out, and write a to-do list or get your thoughts organized while you have a leisurely breakfast or indulge in a little pampering.

Even if you’re not for planning consciously, you’ll often wind up making simple, stress-free plans anyway. At the same time, you go about your morning plans, which may include reading, going to the gym, or doing something else that doesn’t seem planning-related but will still work in your favor.

When you finally do head to work, you’ll find your head feeling bright, happy, and positive, impacting the rest of your work day’s performance in a significant way. Getting organized and not needing to rush can change so much about you!

Remember how we talked about the temptation to hit the snooze button? Fighting that temptation helps you to build a strong sense of discipline. It’s so challenging to get the motivation to get up and go to turn off the alarm for good and drowsily stumble out of bed. But the more you do it, the stronger your resolve will get.

Discipline is, perhaps, best compared to a muscle – the more you make use of it, the stronger its sense gets, and before long, you’ll realize that you abide by your rules easily and have a pretty strong sense of willpower. The confidence you continue to build also keeps making your discipline stronger, since you believe you can do whatever you must do must be done! 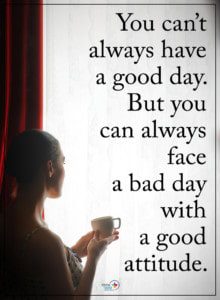 Here are some tips for building discipline in all areas of your life:

Keep wanting to hit snooze? Buy an alarm clock with no snooze option. Have trouble resisting candy? Don’t keep any in the house. Can’t resist binging your favorite shows at night? Cancel subscriptions or have someone hold you accountable.

Replacing habits instead of removing them is often the best way to stick to your guns. Keep your new habits simple, so they’re easy to do. Switch night time TV-watching routines for book-reading ones. Instead of drinking regular tea, drink something without caffeine. Instead of candy, stock up on dark chocolate and fruit.

When you’re motivating yourself to be disciplined, plan some rewards for stretches of successfully holding your willpower. Start with small, manageable milestones and slowly increase the amount of time between each award. These rewards can be anything, from a nice meal to a new purchase, and from a day off to a little traveling.

Even in the most disciplined people, there is often a specific something that makes them cave. Figure out what those things are for you and find ways to avoid them or lessen their draw. For example, if cold weather tends to make you hit snooze all the time, consider investing in a heater, warmer bedding, warmer nightwear, or turning up the heat.

Progress is not linear, and you will slip up and make mistakes as you try to maintain your discipline. Forgive yourself! There’s no use in holding onto feelings of guilt and shame. Learn from these errors by locating triggers for weakened resolve and find ways to strengthen yourself instead.

5. You’ll Have A Schedule For Your Body To Follow

Are you familiar with the Circadian Rhythm? This term refers to the body’s natural sleep-wake cycle. When you don’t have a regular sleeping schedule and wake or sleep whenever you like, your body is unable to keep that rhythm going. This cycle means you can feel tired at odd times, or have difficulty falling in or out of sleep.

If you wake up at 5 in the morning every day, your body will slowly get used to it. This means that, although it may be a struggle at first, you will eventually come to wake up at this time naturally. This will make for a more positive sleep-wake cycle that is consistent and can be used by your body to keep you going strong.

6. You Can Use The Time To Exercise

Yes, yes, early morning exercise sounds terrible to many people. But when you wake up that early, you’re not going to have a whole lot else to do with that time. So fill it with something productive that will give you tremendous benefits over the rest of the day: exercise!