“If you expect your life to be up and down, your mind will be much more peaceful.” – Lama Yeshe

One inescapable truth of life is suffering. You’ll experience suffering, as will the people you love. We see bad things happen every day – in person, on TV, in the newspaper, or elsewhere – it seems inescapable.

Maybe one day humankind will evolve to a point when we can alleviate all of the sorrow in the world – we’d all love that to happen. For now, it’s up to each one of us to acknowledge current reality while working for a better future.

We have two options when something bad happens: to accept it or suffer. That’s it – there is no option (C). No third curtain. While this proposition may sound harsh, it is anything but. We’ll explain why.

(Note: while this article makes a number of references to Buddhism, it’s not intended to be a religious or spiritual piece. The tenets of Buddhism, in many ways, are calibrated into the moral compass of man. This writer, when researching the topic, discovered that Buddhism approaches acceptance and suffering from a very humanistic perspective. This fact, in conjunction with self-acquired knowledge pertaining to Buddhist teachings and practices, greatly helped for purposes of instruction.)

Here Are Your Your Choices When Something Bad Happens

“Upekkha means equanimity (in Buddhism). It refers to a mind that is calm and steady in the face of life’s ups and downs. This is a tall order because it means opening our hearts and minds not to pleasant experiences but to unpleasant ones too. Resisting the latter just adds to our own stress to what is already difficult.”

Mrs. Bernhard is a former attorney, law professor, and dean at the University of California-Davis (UCD). After 22 years at UCD, Bernhard was forced to retire because of a rare and chronic viral condition. Instead of dwelling on her circumstances, Bernhard has written three award-winning books on Buddhism and Mindfulness.

People all over the world experience unexpected pain. Some are forced to deal with difficult circumstances every day.

To see the ubiquitous suffering in our world can be depressing and heart-wrenching. Since the dawn of man, people have been stricken with disease, hunger, and poverty. Countries wage stupid wars and kill their own people. Tyrants rule over countries wherein the people have no freedom, or rights.

As a result, we (naturally) feel angry, depressed, guilty, helpless, and sad. We weep, mourn, and feel wounded.

We ask ourselves “why?” “Why would this happen to me, I’m a good person” “What did they ever do to deserve such a thing?” And, in most cases, we can’t explain it. So, we’ll pray, send good thoughts, and ask the Universe to put things in balance.

Acceptance is not indifference – it is recognizing the situation as it is and not dwelling in negativity. Acceptance is truth, observation. Acceptance is being open to the actual thoughts and feeling we’re having in each moment; whether anxiety, anger, fear, heartache or happiness – and not try to control what’s uncontrollable. 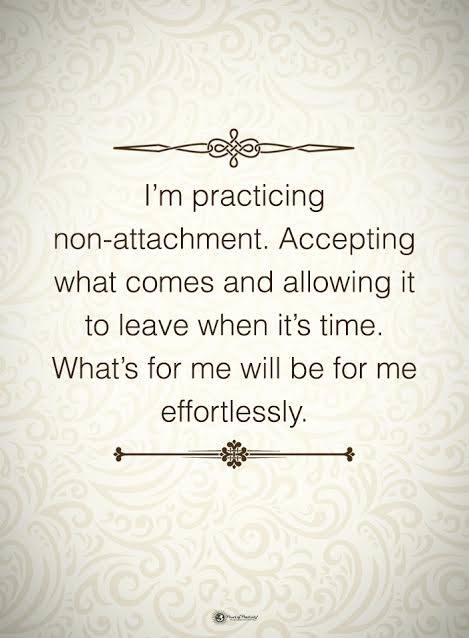 The first noble truth of Zen Buddhism reads: ‘To Live Means To Suffer.’ This truth, in various ways, is recognized and taught across all religions and spiritual practices.

The story goes that when Prince Siddhartha (Buddha’s birth name) stepped out of his palace for the first time, he saw the following: a new born baby, a crippled old man, a sick man, and the corpse of a dead man. Buddha, until age 29, was completely oblivious to the suffering all around him.

Instead of making a U-turn and heading back into the lap of luxury, the Prince instead left. He gave up his life in search for truth – something that had been hidden from him for nearly three decades.

– ‘To Live Means To Suffer’

– ‘The Origin of Suffering Is Attachment’

– ‘The Cessation of Suffering Is Attainable’