You send text messages daily, and telling the important people in your life that you care about them is as easy as a simple 12-word text that is actually designed to help improve their day.

A great conversation by text message can be a challenge to accomplish seeing as we rarely have time to write out our full thoughts and feelings. Instead, we abbreviate, shorten, and delete any unnecessary information when we type a text message response.

You stare at your phone screen waiting for a response from the person who you just texted, but nothing is coming through. You think to yourself ‘They must be busy’ but the lack of a reply leaves you wondering if something is wrong or how you can help. Without knowing, you’re at a loss to improve their day, or even to know if they need or want your help. In this article we will look at a simple 12-word text that will help you get a reply next time. 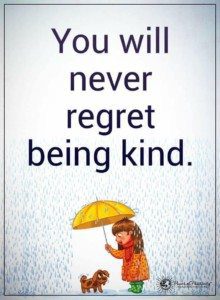 The frustration of waiting for a text reply

Ever ask someone how they are doing by text message and just get a single word response like ‘fine’ or ‘OK?’ You aren’t alone; texting how we truly feel is difficult, just like it’s sometimes difficult to express ourselves verbally as well. You might tell anyone the same response, rather than taking the time to explaining your frustration at the bank today or whatever is on your mind.

Researchers working jointly from the Palo Alto Research Center in Palo Alto, California and St John’s Innovation Centre in Cambridge, United Kingdom looked at daily text message communication among teenagers. They say ‘Most of the single messages that were sent asked, either explicitly or implicitly, for a response. Some were conversational openers such as ‘Hi what are you doing?’ or ‘What’s up?’ Others took the form of explicit enquiries to the recipients such as ‘Did you have a good evening/weekend?’ Other messages that described events or activities also appeared to be implicit requests for responses.’

Unfortunately, many text messages went unanswered, which was frustrating for the sender of the message. The researchers say ‘One extreme example of a single (person) requesting a response was an SMS that (a participant) received which he summarized as ‘I’ve had a big fight and I don’t know what to do.” In this case, there was no answer, even though the person sending the text message was clearly having a moment of crisis. So how do we get people to respond to our text messages’

The key to using an effectively worded text message that prompts people to respond is to make it like a game. In her book Reality is Broken, author and game researcher Jane McGonigal says that the way we word a simple text message can elicit a response from the people we care about and that will enable us to act to help them.

Getting people to pay attention is as simple as making a kind of game out of your text message. The 12 word text that McGonigal suggests we use is ‘How is your day going on a scale of one to ten?’ She says that this lets the person quickly respond with a single number. But it’s as though they are playing a game with us, which most people enjoy. It’s like they are seeing this 12-word text message as a game and they hope to get the answer right to the trivia question that you asked.