Turmeric is a yellow-orange spice made from the herb of the same name. That plant, which is also known by the scientific name Curcuma longa, is a member of Zingiberaceae or the ginger family. It is native to India and parts of Southeast Asia.

The spice is made from the plant’s roots which are ground into a powder. People have used turmeric powder as a dye and a traditional medicine for generations. They have also used it in cooking to add flavor and coloring to various dishes, especially curries. The turmeric benefits in cooking include an earthy aroma resembling that of mustard and a bitter flavor reminiscent of black pepper.

Turmeric Benefits for Weight Loss According to Scientists

1. Curcumin Can Suppress the Growth of Adipose Tissue

Curcumin is an antioxidant and anti-inflammatory found in turmeric. In 2009, researchers at Tufts University reported a study that indicated that curcumin slowed weight gain in mice by preventing new adipose tissue from forming. As a person or mouse gains weight, new blood vessels form along with the increasing fat tissue. The researchers found that feeding mice curcumin prevented them from developing new blood vessels, and the mice developed less fat tissue. They also had less fat in their livers and lower cholesterol levels than did mice who weren’t fed curcumin.

In 2015, the science journal “Biochemical and Biophysical Research Communications” described a study in which researchers found a way that turmeric benefits health. More specifically, they found that feeding curcumin to mice increased the amount of norepinephrine in their bodies. The added norepinephrine triggered the browning of their white adipose tissue, and the mice lost both weight and fat, even though they were still eating the same amount of food.

A year later, “The Journal of Nutritional Biochemistry” published a study conducted by Korean scientists who identified four mechanisms curcumin used to induce browning in white adipose tissue. For example, they found that curcumin could stimulate the production of mitochondria, which are organelles found in brown fat. Known as the “powerhouses of the cell,” mitochondria convert sugars, proteins, and fat into energy.

The researchers also found that curcumin could both suppress the production new fat and increase the protein levels of the enzymes p-acyl-CoA carboxylase and hormone-sensitive lipase. The latter augmented the enzymes’ ability to destroy fat cells.

Similarly, curcumin can stimulate AMP-activated protein kinase (AMPK). AMPK is an enzyme that helps regulate the metabolism. The more active it is, the easier it is for a person to reach or maintain a healthy weight.

The fourth mechanism that curcumin can boost is the expression of genes specific to brown fat. In other words, curcumin can stimulate the genes involved in turning white fat into brown fat.

Adipose tissue produces adipokines, and some of these substances, like TNF-? and IL-6, cause inflammation that can lead to such disorders as diabetes, metabolic syndrome, or heart disease.

“The Annual Review of Nutrition” described a 2010 review of various studies of curcumin. Over the years, researchers have worked with mice, rats, rabbits and sometimes humans. Back in 1972, researchers found that curcumin could lower the blood glucose levels in patients with diabetes. Since then, they have found that curcumin can suppress the production of adipokines.

As an antioxidant, curcumin can both protect the liver from damage and alleviate existing damage. In 2016, the science journal “BMC Complementary and Alternative Medicine” published a study in which researchers fed different dosages of spice extract and curcumin to rats with induced liver damage over a four-week period. They then took blood and liver samples from the rats and analyzed them. The scientists found that the rats with damaged livers had gained more weight than had a control group with healthy livers. They also found that the rats with damaged livers that had been given the highest doses of curcumin and spice extract had gained less weight than had those that were given smaller doses.

The liver helps metabolize fat, and a healthy liver can burn more fat than a damaged or diseased liver. Turmeric benefits people and helps them lose weight by improving the liver’s health.

Other turmeric benefits include curcumin’s affects on conditions linked to obesity like metabolic syndrome, hypothyroidism, stress, and polycystic ovarian syndrome (PCOS). The last three all increase the chances of somebody becoming overweight or obese, while metabolic syndrome makes it harder for an obese patient to lose weight, even if they exercise and follow a healthy diet. Many obese people also have insulin resistance, which reduces their body’s ability to respond to insulin. As the excess insulin accumulates within their blood, it increases the body’s ability to store fat. Consequently, many people with insulin resistance become overweight. Curcumin helps patients with insulin resistance by increasing their body’s ability to use insulin.

Stress can cause obesity for many people suffering from stress or disorders like anxiety or depression will eat to try to make themselves feel better. When somebody is under a lot of stress, their body produces a lot of the stress hormone cortisol, which can cause chronic inflammation and increase fat storage. Curcumin relieves stress by lowering cortisol levels and increasing the production of dopamine and serotonin, which are both hormones that improve mood.

The spice contains components, mainly carbohydrates, that the body simply can’t digest. They thus fill up the stomach and are simply expelled with other waste products. The spice also contains fibers that aid digestion.

“The Journal of Evidence-Based Integrative Medicine” published a 2018 study in which researchers studied the effects of turmeric and curcumin on healthy adult humans. They gave tablets containing either substance to two groups of volunteers while a control group got placebo tablets. The scientists then analyzed the volunteers’ stool samples, and they found that the control group had fewer bacteria species in their digestive tracts than did the other two groups. They also found that some bacteria genera were more responsive than others. The researchers described curcumin as having “prebiotic-like” effects on gut bacteria.

An easy way to enjoy the turmeric benefits is to add the spice to lemon water, and both lemons and water provide their own health benefits. Water, for example, can aid weight loss by providing a feeling of fullness. Lemon juice contains nutrients like Vitamin C, Vitamin B6, thiamin, potassium, phosphorous, folate, and calcium. It also contains citric acid that helps digestion.

Spiced lemon water can be drunk with ice, or it can be heated like a tea. People who don’t like the taste can also add cinnamon, honey, or mint to get a more pleasing flavor. 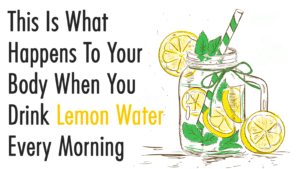 Curcumin makes up about 3 percent of turmeric. Moreover, the bloodstream only absorbs a small amount of it. Ergo, people generally don’t get the desired amount of curcumin by simply adding spice to their foods; they need to take supplements. Currently, the best and most effective supplements contain piperine, a natural substance found in black pepper. It can increase the body’s ability to absorb curcumin by an impressive 2000 percent.

In addition, curcumin is fat soluble. Taking it with a fatty meal can also increase the body’s ability to absorb it.

Researchers have been looking for more ways to make curcumin more “bioavailable” or more easily absorbed by the body. The “European Review for Medical and Pharmacological Sciences” published a clinical study in which researchers combined with a substance called phosphatidylserine to make it easier for the body to fully absorb it.

The researchers then administered the curcumin to 44 overweight volunteers who had all been diagnosed with a condition called metabolic syndrome that increased their risk of developing cardiovascular disease and diabetes. Over the two months of the study, the participants also exercised and followed healthy diets. By the end, they had lost weight and slimmed down. The scientists were hopeful that curcumin could be used to help people control their weight.

Spices, in general, are often good for people. They don’t contain sugar or salt and can be used to replace both. Sugar has calories but no nutrients and salt can cause bloating by making the body retain water. While some spices contain compounds that increase metabolism, others can make people feel full longer.