The old saying, “Good people are hard to find these days,” is as true now as ever. When you can be whoever or whatever you want to be online, when you can meticulously assemble the perfect life in pictures on your profile, despite that it doesn’t accurately reflect anything about your life, then why be honest? Why be who you actually are when you can be anything you want? Highly polished dating profiles, resumes, and social media avatars are all masks meant to obfuscate who we really are because who we really are is boring and average, relatively speaking. There is so much misinformation out there that it is becoming increasingly hard to trust anything or anyone. How can you determine if someone you are with is trustworthy? You will know them by their habits.

1. They Let Others See Their Warts

No, not those kinds of warts, but maybe they do. The thing is that they are more than their highlight reel on social media. They have opinions and are ready to defend them ,even if it is unpopular. They dress the way they like, even if it looks a little kooky or boring to everyone else. That’s because they are not afraid to be their true and authentic selves. They don’t hide their eccentricities from others; they revel in them. Someone who is not afraid to be vulnerable and open themselves to ridicule will probably tell you the truth. Even when it is uncomfortable for both of you.

Fake people are deathly afraid of the poor opinions of others and will lie or hide their failures from everyone. They present a false facade to the world. How can you trust someone when you don’t really know who they are and what they stand for? Someone who is honest and trustworthy doesn’t feel the need to hide their true selves from themselves or the rest of the world. Their warts and their scars make them who they are. They care more for their integrity and staying true to themselves than their image.

2. They Consistently Deliver On Promises

Trustworthy people do what they say they are going to do. They are dependable. If they make you a promise, they will move heaven and Earth to keep it, if at all possible. If they can’t deliver, they will let you know as soon as possible. It is rare that they cancel plans with you because they are honest about their time and commitments. If they can’t commit to something, they will say so right up front and tell you why. They are honest with themselves and don’t overpromise in the first place. They value their integrity and only promise when they know they will be able to carry through with that promise, barring any actual emergencies. They’re consistent because their time is valuable to them and they understand that your time is just as valuable to you. They don’t want to waste your time or theirs with overblown promises, even if that might benefit them in the long run. 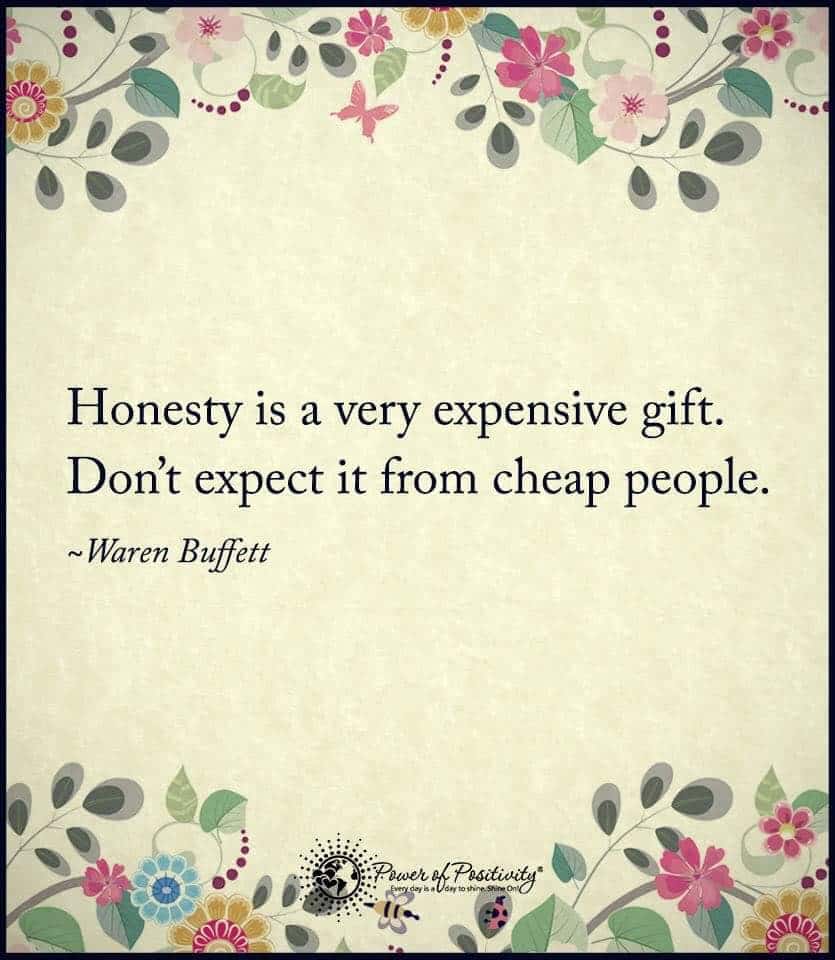 3. They Do The Right Thing

People of honesty and integrity do the right thing, even when no one is looking. They have convictions, and they are willing to stand up for them. They’ll take stands even if the whole world is against them. They are honest about what they believe and why they believe it. They’re honest about the lengths to which they will go in order to honor those convictions. They do the right thing even if it is painful for them or someone they care about. They do it solely because it is the right thing to do to them. If they make a mistake, then they own up to it instead of trying to shift blame to someone or something else. They own their failures and learn from them. They do not hide their failures from others. Instead, they use them as a lesson not to make the same mistake in the future.

They don’t take advantage of those weaker than them. They don’t leverage your genuine emergency to enrich themselves. In fact, they donate to those in need or who are doing a critical job with little support. They work in charities and give freely to those less fortunate than themselves. They don’t do the right thing for praise or expect some reward.