Many restaurants across the country feel heavily impacted by the Novel Coronavirus. Most are resorting to take-out only. Still, sales continue to decline as more people choose to cook at home and save money.

However, truck drivers have a hard time during the shutdown as many of their trucks can’t fit through normal drive-thrus. However, a Sonic in Fordyce, Arkansas wanted to make sure some of the most essential employees during the crisis have a place to get a meal.

Sonic Develops a New Kind of Drive Thru

Nearly two years ago, this Sonic built a drive-thru specifically for truck drivers like the ones from Fresno trucking companies, and it’s been a huge success. The owners of the drive-in noticed how many big rigs would drive past their restaurant on the nearby highways. So they wanted to be able to cater to them.

The restaurant features normal stalls for cars and smaller trucks. And, it also offers two separate menus for trucks pulling trailers and a third menu for 18-wheelers and buses.

So that employees could reach the truck drivers, the owners installed steps typically used for mobile homes. They were a bit worried about how it would work in their daily operations. Even more, they hoped they got all the measurements right since it cost them almost $2 million to set up.

To see if it would hold up to their expectations, they found a truck driver and offered him a free meal if he drove through to test it out.

Luckily, everything worked according to plan, and they made a Facebook post to say they had a stall just for truck drivers. The post went viral, and the rest is history.

While this Sonic has been catering to truck drivers for a couple of years now, it’s especially clear how important the custom drive-thru is during the virus outbreak. Without truckers, we wouldn’t have food, medical supplies, and all the other essentials to meet our basic needs.

They deserve to have a hot meal as they work hard to get our supplies to us. This Sonic is one of the only places in the country with a drive-thru to accommodate truckers. 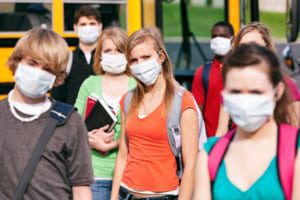 A truck driver from Pennsylvania, Michael Guthrie, says he and his wife frequently stop at this Sonic to get a hot meal while on the road. He said he’s been all over the U.S. and this is the only restaurant he’s found with something like this.

Guthrie says other drivers have reached out to him to see where they can eat during the virus outbreak as many restaurants have closed.

He tells them about the Sonic in Arkansas just in case they pass through the area. As more restaurants close due to the outbreak, Michael says he appreciates the effort Sonic is making to serve the people who can’t stop working, like truck drivers.

He added that many truckers are realizing how important their jobs are, especially during this difficult time.

He says they’re all radioing each other to give tips and support. For instance, they share where there’s parking available, what restaurants are open, and what drive-thrus are allowing people to walk up and order.

For truckers, this is often the only option as many dine-in areas have closed to stop the spread of the virus. That’s why he appreciates this Sonic so much because truckers don’t have to get out of their vehicle to order food.

About 70 percent of all freight in the U.S. is moved by trucks, according to the U.S. Department of Commerce.

A spokesman for Sonic says they are still following all safety protocols while serving customers during the virus outbreak.