Bleeding gums are one of the most common gum diseases experienced from a young age. If you happen to brush or floss your teeth and still bleed despite trying to be gentle, you might be suffering from a serious oral health condition.

By definition, bleeding gums can be defined as a type of infection on the teeth-holding tissues. The scientific name for it is periodontal disease. It can be in the form of gingivitis or periodontitis. In most cases, the condition may result in redness, tenderness, and swelling of the gums. It is usually triggered by injury, pregnancy, inflammation, and brushing too vigorously.

In addition to this, poor brushing habits that encourage the accumulation of plaque can also make your gums bleed. Plaque is colorless and sticky and is usually formed from bacteria, mucus, and other particles. A steady accumulation of plaque leads to the formation of tartar, which can only be cleaned by a professional such as a dentist or dental hygienist.

While brushing and flossing your teeth may work as a standard for both teeth and gum maintenance, there are other ways to stop your gums from bleeding.

Our bodies adapt to our lifestyles and diet. This means that if you feed yourself junk, you will gain weight rapidly and be out of shape. The same philosophy is adopted when it comes to teeth and gum maintenance. If you have poor dental hygiene, your gums are likely to bleed.

The gums will experience inflammation because there’s an accumulation of plaque. If left unchecked, the plaque can spread and result in serious gum disease or decay of the tooth.

Dentists recommend that you brush your teeth at least twice a day. Some people have the habit of brushing their teeth in the morning only. You have to brush your teeth before you sleep so as to get rid of the plaque and pathogens that have accumulated throughout the day.

Many homes have hydrogen peroxide bought for the purpose of disinfecting objects and surfaces. However, you can also use it to eliminate plaque and as a bleeding gums treatment.

As a tip, you need to rinse your mouth with hydrogen peroxide if you notice any bleeding when brushing your teeth. The solution will stop the bleeding. As a precaution, do not swallow the liquid since it can be dangerous.

Apart from stopping bleeding gums, hydrogen peroxide has other benefits. For example, it is effective in the treatment of gingivitis, which triggers receding and swelling of the gums. (1) The hydrogen peroxide treats your gums in two ways.

First, it breaks through the slime barrier created by plaque and harmful bacteria. The liquid reaches bacteria hiding in the deepest areas of your teeth. Second, the hydrogen peroxide releases oxygen, which kills the anaerobic bacteria.

3. Use a Gauze to Stop the Bleeding

A gauze is a soft transparent fabric made from cotton or silk. You can buy it from a clothing store or just ask your dentist for one during your next visit.

Normally, it shouldn’t take long to stop the bleeding. However, if you notice that the bleeding persists, you could have a bigger problem. In most cases, your immune system is not as strong as it should be, and you should consider going to a dentist for further diagnosis.

Smoking is a nasty habit that seems to grow on its users and is hard to get rid of. Even so, tobacco smoking interferes with your oral hygiene. When you smoke, you interfere with the saliva flow in your mouth. This is dangerous because you have no protection against oral bacteria that tends to stick on your teeth and gums.

With time, plaque forms on the teeth. The less you brush your teeth, the more the plaque hardens and becomes calculus, which causes black spots on the teeth. You may have to go a dentist to remove such stains because brushing won’t affect them.

Nowadays, there are smokeless cigarettes, which are said to be less risky. Unfortunately, this is far from the truth. Smokeless cigarettes irritate your gums in the same way as normal cigarettes. The irritation makes the gums weak and susceptible to plaque causing bacteria.

If you want to stop bleeding gums, you have to stop smoking. You can opt for nicotine replacement therapy, which includes patches, inhalers, and gums. It can help reduce your cravings for cigarettes.

Bleeding is usually stopped by the accumulation of blood vessels known as platelets. This procedure is known as blood clotting. As one of the most essential bleeding gums treatment, vitamin K helps boost blood clotting.

Vitamin K makes your body produce prothrombin, which is a protein that assists in blood coagulation and bone metabolism.

Even though vitamin K deficiency is not common, it happens. If your gums bleed for extended periods, your body may not be producing enough prothrombin. In that case, you can either take vitamin K supplements or dietary vitamin K.

With dietary vitamin K, you can get it from the following sources:

6. You have to increase your Vitamin C intake

Vitamin C is also essential for healthy dental hygiene. Your gums and teeth are held in place by fibers known as collagen. In most cases, when your body doesn’t produce enough collagen, your gums and teeth become weak. As a result, your gums may start to bleed as you brush your teeth. The reason why you should take Vitamin C when you experience these symptoms is because it helps in the formation of collagen. (2) 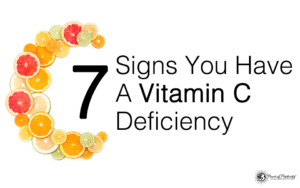 Vitamin C is hands down one of the best bleeding gums treatment. This is owing to the fact that it also acts as a powerful antioxidant and protects the lining of the gums, enhancing connective tissue strength.

Here are some foods that you should eat if you want to increase your vitamin C intake:

Plaque is a condition that’s promoted by intake of sugary foods as well as carbohydrates. This is owing to the fact that both result in the growth of bacteria that leads to plaque. The more the buildup of plaque on your gum linings, the more severe your gum bleeding will be.