There is an overwhelming amount of research coming out about how negative emotions can damage the body’s cells. This abundance of data lends much credibility to the belief that your mind does indeed create all matter. What you regularly think becomes your reality. So poisonous thoughts show up as disease, unfortunate events, and other negativity in one’s life. Positive energy expands the cells, while negative energy contracts them.

If you have heard of the “placebo effect,” you know that even fake treatments. That’s because they heal people due to the mind believing that the drug given in the study can actually heal the body of disease. However, the opposite is also true. Called the “nocebo effect,” this occurs when one believes a negative outcome will occur. And, the person actually manifests that in his or her reality.

Those negative thoughts and emotions can actually get lodged in your cells. Therefore, it creates a slew of ailments and diseases in some cases. 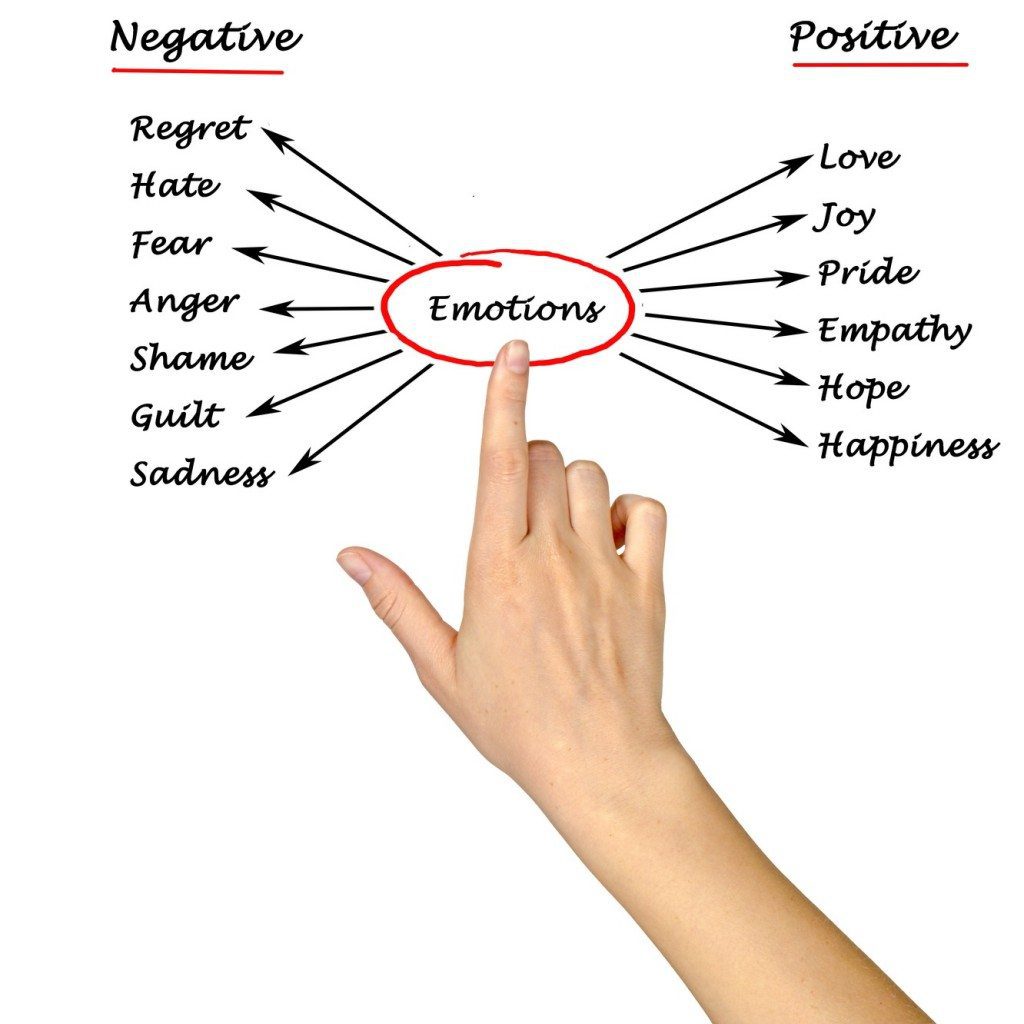 The impact of negative thoughts on our brains

Karen Lawson, M.D., says that when we express our emotions without any attachment or judgment, we give them the freedom to flow out of our bodies and release the weight of this heavier energy. However, trapping them inside ourselves and holding onto these toxic thoughts can cause a variety of problems. Such conditions include high blood pressure and digestive troubles.

Chronic stress can actually decrease your life span by shortening your telomeres. Those are the “end caps” of DNA strands, which have a massive impact on aging.

So, how does the brain actually react when you think negative thoughts? Well, each time you have a thought, your brain creates more synapses and pathways in alignment with your thought process at the time. So thinking predominantly negative thoughts will only breed more of them. However, the reverse is true as well. According to many scientists, negative thinking and emotions inhibit signals from being transmitted between the central nervous system and the brain. In turn, this creates a “brain fog.”  And that condition can compromise your immune system, memory, sleep patterns, and much more.

When you experience negative emotions, the stress hormone cortisol is released into the body to help it cope with the immediate stressors. Reacting to a dangerous situation is a normal part of being human, but allowing the stress to continue after the event has occurred can lead to many health problems, including migraines, muscle and chest pains, and sleep disruptions.

Feeling afraid, which so often occurs when we focus too much on the future, can actually decrease activity in your cerebellum, which impedes the brain’s capability of processing new information and hinders creative problem-solving skills. Also, fear can affect the left temporal lobe, which controls everything from mood to memory to impulse control.

Your frontal lobe, particularly your prefrontal cortex, plays a big role in orchestrating thoughts and actions based on your internal goals and beliefs. Therefore, when you replay negative thoughts and feelings in your brain, you initiate the expansion of this thought process as more synapses and neurons are created to replicate your predominant thoughts.

So, now that you know just how your thoughts and emotions can affect your health, how can you ensure that your thoughts stay positive?

First of all, make sure to release your negative emotions in some manner. This can be a conversation with a friend, writing, drawing, or some of the other artistic expressions. The longer you ruminate on negative thoughts, the more you will see them manifest in your brain. Ultimately, you’ll change your reality.

Secondly, meditation helps immensely to dispel negative thinking and rewire your brain for positive thoughts. If you haven’t yet established regular meditation practice, make sure to read our article about meditation tips for beginners to get you started.

Also, make sure you surround yourself with positive influences, because energy is contagious. Allowing negative people into your life will only bring down your own energy levels. Therefore, you’ll be exposed to toxic energy on a regular basis. And that circumstance can do great damage to the spirit. Keep the company of those who inspire, uplift, and encourage you to live the best life possible!

Finally, make sure you take enough time for self-care and commit to living the life you love. Don’t compromise your own happiness for someone else’s. So the only way to evolve into your highest self is to follow your own heart. Trust it to take you where you need to go. Negative emotions and thoughts can’t survive in a heart and mind full of life, love, and true happiness.