You know that feeling. It’s the one you get when you have a speech to give next week in front of hundreds of people. Or, it’s the sinking feeling when you’re about to ride a rollercoaster or move to a new city. Doing anything new in life can seem terrifying. Moreover, fearing the outcome keeps many people in a place where they do not thrive. This keeps them miles away from any fears they might have.

The Northwestern University Study on Fear

However, new research from Northwestern University suggests that facing your fears can actually squash them completely – they determined that one positive encounter with spiders stuck with people who had arachnophobia even six months later.

After six months, researchers found that the regions of the brain responsible for creating fear remained mostly inactive after the participants spent two hours in an exposure therapy session. In the session, they actually touched a live tarantula. Changes in the brain occurred immediately after the therapy session. And, they remained the same even six months later, according to lead author and therapist of the study, Katherina Hauner.

“Before treatment, some of these participants wouldn’t walk on grass for fear of spiders or would stay out of their home or dorm room for days if they thought a spider was present,” she said. “But after a two or three-hour treatment, they were able to walk right up and touch or hold a tarantula. And they could still touch it after six months. They were thrilled by what they accomplished.”

According to the National Institutes of Health (NIH), about 8 percent of Americans report having a “specific phobia.”

They define a phobia as a “marked and persistent fear and avoidance of a specific object or situation.”

Because of their deep-seated fear, patients gradually approached the spider during the therapy session. Before the therapy, the participants showed severe anxiety about even looking at photos of spiders. When they did, the regions of the brain responsible for producing fear – the amygdala, insula, and cingulate cortex – showed significant activity in an f MRI scan.

After being presented with photos, participants tried touching the tarantula in a closed terrarium. Or, they at least got in close proximity to the spider. On average, they left about 10 feet between them and the spider, and couldn’t physically or mentally come any closer.

During the therapy session, participants first touched a live tarantula with a paintbrush, then a gloved hand, and finally just their bare hand over the course of two hours. They also learned about tarantulas and discovered that they were a lot less harmful and dangerous than they originally thought.

“It’s this idea that you slowly approach the thing you’re afraid of. They learned that the spider was predictable and controllable, and by that time, they feel like it’s not a spider anymore.”

What Triggers Fear in Your Brain

The study proves that the brain undergoes major changes when a person becomes exposed to their greatest fear, and the regions of the brain associated with fear actually remain the same even six months down the road. Following the therapy, the participants had very little activity in their amygdalas, a region of the brain that controls fear responses. Six months later, this part of the brain remained relatively dormant when the participants once again met with the tarantulas. 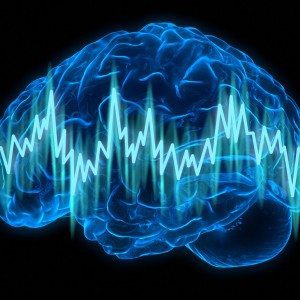 Hauner says the study provides direct evidence that exposure therapy yields success and can potentially treat others who have extreme phobias. She says a similar type of therapy could work on people with fears of confined spaces, heights, flying, blood, and more.

“It has to be an innocuous object or situation—it’s not a phobia if you’re scared of sharks and don’t want to go in shark-infested water,” she says.  “That’s called being safe.”

In the near future, therapists hope that they can find a way to inhibit the part of the brain responsible for fear. Or, they hope to stimulate the region of the brain that blocks fear in order to develop new therapies.

“There’s already techniques we use to stimulate regions of the brain to treat depression and [obsessive-compulsive disorder],” she says. “It’s not too far off in the future that we can use these techniques to treat other types of disorders.”

While danger does exist, we consciously create fear in our minds based on our past experiences with a person or object. Remember this next time you feel afraid of something because you have complete control over your thoughts and emotions. If you can’t shake the feeling of fear, just do whatever it is you’re afraid of. Then, you’ll find that fear will instantly vanish.