In today’s 24-hour, always-connected, super-digitized society, it’s easy to forget the simple things. This includes the important things… like sleep. Until relatively recently, the recommended minimum amount of sleep that one should get was eight hours. Into the ’60s, ’70s, and even into the ’80s, 8 hours of sleep was recommended; even by governmental agencies.

Then, technology advanced at a rate that we’ve never before seen. We had the proliferated manufacturing of the personal computer (PC) in the early 80s; the commercialized availability of the internet in the mid-90s, and the evolution of mobile phones in the mid to late. As technology became mobile, business adapted right along with it. Managers and executives took their work home and manufacturing experienced a huge workforce reduction. In short, the economy became even more competitive and cutthroat, which resulted in people having to work longer and harder.

As our world has changed, we’ve become quite adept at neglecting even the most basic human functions. We consume more fast food, sacrifice the majority of our waking hours on “productivity”, and see our families less. The government then inconspicuously reduced the minimum recommended amount of sleep from 8-9 hours to 6-7 hours.

An important discovery about sleep

Then in 2015, the Center for Disease Control discovered something. In sacrificing our human need for sleep (with the government’s blessing, mind you), we’ve inadvertently created an epidemic. In conjunction with the National Sleep Foundation (NSF), the CDC discovered a few things:

Organizations such as the CDC were prompted to perform an investigation after data had revealed an increase in motor vehicle accidents, industrial disasters, and other unfortunate findings. They concluded that Americans simply are not getting enough sleep. In fact, the CDC listed sleeplessness as a primary cause of why these injuries and deaths were occurring. 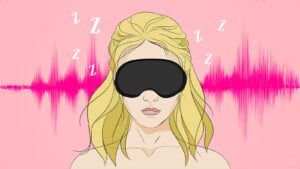 It is very important to the adult human brain and body to get at least 7-8 hours of sleep per night. Children need more because of their continuous development – at least 10 hours. Teens need a recommended 9-10 hours.

So what can we do to get some much-needed sleep? Obviously, making sleep a priority is crucial, as is having a scheduled sleep ritual in transitioning to sleep.

Because of the widespread distractions that people are dealing with – directly resulting in getting less than an adequate amount of sleep – there has been number of different products introduced on the market. Companies have seen an opportunity to profit from this epidemic, which has led to the rapid release of such products as ZZZQuil, Nyquil, and the discovery of natural remedies for sleep as well.

Try these two ingredients instead for a better night’s sleep:

In spite of what some multi-billion dollar company says, it is possible to naturally achieve a better night’s sleep. In fact, it’s as easy as having two ingredients on hand: organic honey and Himalayan sea salt.

Mix 5 teaspoons of organic honey and 1 teaspoon of sea salt. Store in a jar.

When ready to visit Neverland, just put a bit of this mixture under the tongue and allow it to naturally dissolve. This natural remedy for sleep should help induce sleep and significantly reduce grogginess when waking up.