Strong women know more than anything else that taking care of themselves is a must and to not look upon anyone else to swoop in and save the day for them. They have been battle tested, and learned what independence truly means.

Strong women have never known what’s it like to need anyone because they had to fend for themselves at a young age. Any strong woman you meet has had a few crappy hands dealt to her in life, but she’s risen above like the champion she is at heart, not allowing one misstep or misfortune to hold her down.

Strong women are fierce, courageous, resilient, and beautiful. If you’re the lucky guy or gal that gets to call her yours, you’d do well to keep the following points in mind so you know what to expect in your relationship with your strong sweetheart.

1. They aren’t looking for a relationship to save them

No, they learned as a child that no one would come to save them – they had to save themselves. They never had the pleasure of relying on anyone for anything, so why start now?

The person there for them at the end of the day was always staring back at them in the mirror before they laid their head down at night, so they see no reason to give that duty to someone else.

In relationships, strong women do not view you as a means to an end – a way to become more financially or emotionally stable, or to cure themselves of loneliness, etc. They don’t have any ulterior motive to being with you, so you don’t have to worry.

2. Strong women know what they want

Because of this, they don’t approach relationships the same way those who are just wading in the dating pool might. They dive right in and know their target long before they’ve even hit the water. In other words, these women have been hurt before and know what to look for in a mate.

They’ve had experience with the types of people they DON’T want, so they know exactly what they do want. They don’t waste their life in dead-end relationships; if they feel the vibe with you, you’ll know. If not, she’ll let you know early on so you both don’t waste your time.

3. They view relationships as an equal partnership

They don’t seek out a partner to get anything out of them. Instead, they seek someone to add value to their life. They only want someone who will lift them up, not drag them down.

In the same way, they also wish to add meaning to someone else’s life. Indeed, they see the importance of both give and take in a relationship. A strong woman would never take more than she’s willing to give when it comes to love.

4. They know how to handle their emotions

Strong women don’t need anyone to coddle them in life; they are perfectly capable of sorting through their own feelings. Because of their emotional maturity, it’s a lot easier to talk to them should a disagreement occur.

In a relationship with a strong woman, things are dealt with in an adult manner, with respect and grace. These type of women don’t let their emotions get the best of them, and always listen to their partner’s point of view without interrupting.

They would rather bring something up front and center than tiptoe around an issue and let it fester. They won’t ever yell or allow their anger to get the best of them, but they certainly won’t cower in a corner, either. If something’s going on between the two of you, she won’t hesitate to have a conversation about it so the problem can be resolved quickly. 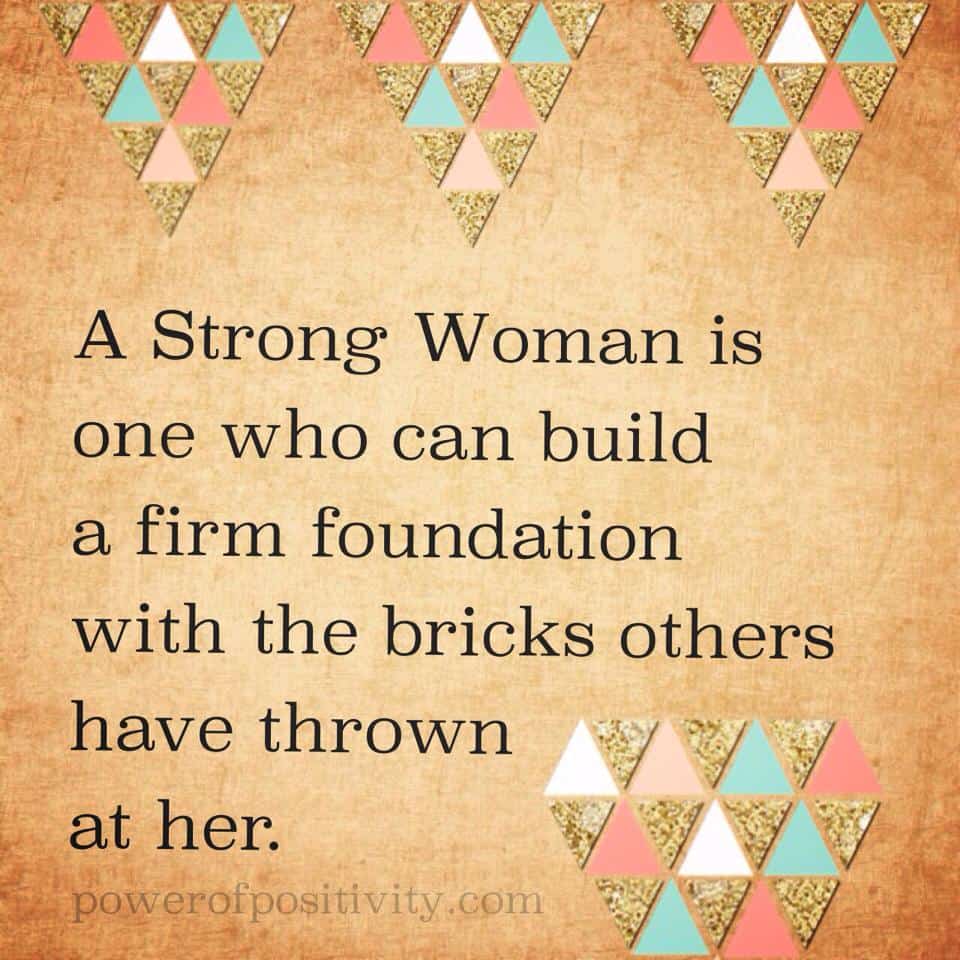 6. They look at a relationship as a team

They can’t have anyone slowing them down in life, so they only choose someone who they can see building a stable life with in the future. A strong woman doesn’t want anyone to control or anyone to control her; she wants someone who will grow with her and whose future can be intertwined with hers.

She wants someone who has her back and who she can protect as well. Strong women don’t need someone in order to feel better about themselves; they just want someone to celebrate all the wins in life with, and someone to support and encourage them through the losses.

7. They don’t get jealous easily

Trust is a big deal for a strong woman, because she doesn’t just hand it out. It has to be earned over a period of time, and even then, she might still need some more time.

So, if you have her trust, don’t do anything to lose it, because you most likely won’t be getting that privilege back. If she trusts you, then she doesn’t worry about the friends you hang out with or where you go after work. She doesn’t get jealous of the other people you spend time with, because she gave you her heart and knows you will protect it no matter what.

Strong women seek out serious relationships more often than others because they aren’t just looking for someone to love; they’re looking for a partner to complement them. They want a soulmate, and nothing less.

9. They run from negativity

So, don’t expect her to tolerate much of it in your relationship. A strong woman is only attracted to a positive, uplifting person. That’s because she’s been through a lot in her own life and doesn’t want someone who will drag her back into the dirt.

She’s blossomed into a beautiful flower now and knows that flowers can’t keep growing without sunlight, so she runs from darkness whenever possible. She will always tackle problems with you, but won’t tolerate constant complaining and toxic behavior.

10. They have their own goals and dreams

A strong woman doesn’t need a man or woman to bring home the bread or give her life direction. She knows where she’s going and how she’s getting there, and nothing but the end of the world could ever stop her.

She wants you to have your own life, too, so that you both have things you’re working towards while being able to cheer each other on. In the same way that she has her life together, she only seeks out someone who also has clear goals and direction. 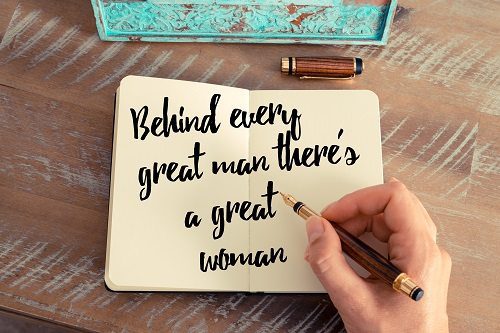 Strong women give this world hope and show us a great example of what we can become if we strive to reach our full potential. These women never gave up despite countless obstacles and adversity, and we wouldn’t be here today without them.

In a relationship, a strong woman knows how to balance her fiery nature with her grace and wisdom in order to avoid taking total control of the partnership. She might come on a bit strong in the beginning, but she will let you take the reigns too once she gets to know you.

Being in a relationship with this type of woman is quite a privilege, and should not be taken for granted. A strong woman can take a relationship to new heights and show you how amazing love can truly be.