It is inherent in our DNA to be strong people; after all, we have a biological agenda to survive against all odds, and that requires great strength.

Out in nature, we had to battle harsh climates, food shortages, predators and other life-or-death situations, but in modern society, we have to face other challenges. Relationships, jobs, chores, finances, diets, exercise, and the like all require strength and perseverance to some degree. We all must fight every day to maintain all of the above, which means we must have willpower and determination.

However, some people display these behaviors more than others, whether because of personality differences or because they had no choice but to be strong when life tried to crush them at every opportunity. If you identify as a strong person, you likely display the following traits without even knowing it.

“Strength does not come from winning. Your struggles develop your strengths. When you go through hardships and decide not to surrender, that is strength.” – Mohandas Gandhi

Here are 8 behaviors strong people have without realizing it:

Mentally strong people don’t allow other people to dictate their lives; they aren’t afraid of saying no when they have to. If their schedule is already full and they simply don’t have time to take on anything else, they won’t hesitate to speak up. They know that their free time is precious and fleeting, so strong people will admit when their plate is full and they can’t take on any more obligations.

In fact, strong people embrace failure. This might seem detrimental to one’s growth, but if you think about it, how CAN you grow without making mistakes? Strong people know that in order to get anywhere in life, you must take calculated risks, and even if you fail, that only means you learned from it. If you hadn’t tried at all, you wouldn’t know what mistakes to avoid the next time. Strong people may not realize it, but they have an appetite for risk, and that allows them to live a much richer life than those who only watch from the sidelines. 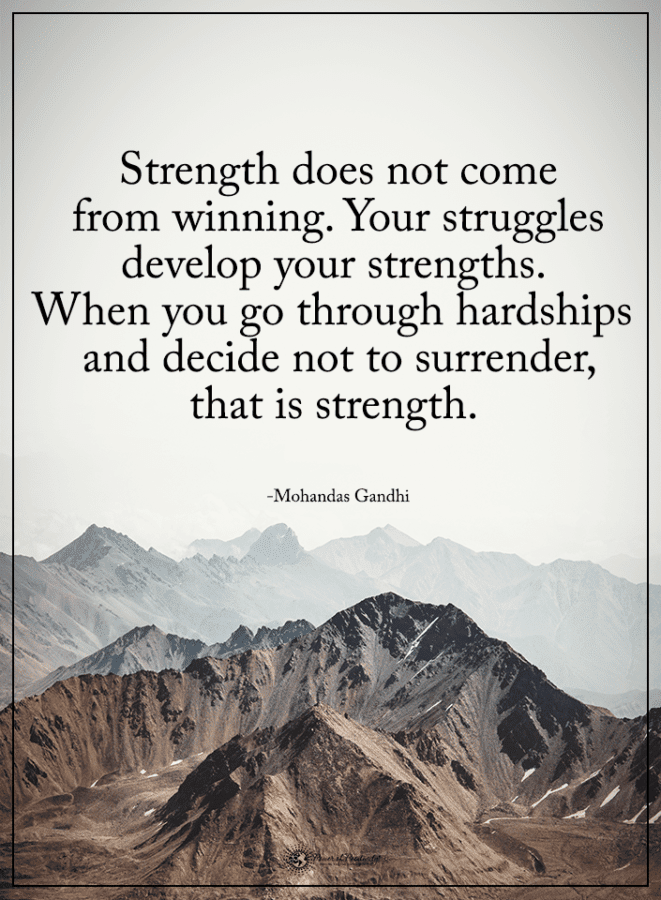 3. They can easily sniff out fake people.

Strong people can read others very easily, and know when someone is trying to pull a fast one on them. Within a few minutes of talking to someone, a strong person can tell what the other’s motives are, and will act accordingly. A strong person may not call out someone who seems shady, but they will walk the other way and never look back. You can’t play a strong person; they have been through it all before and know exactly what a disingenuous person acts like.

4. They love helping others.

Strong people don’t just leave others in the dust – they realize that you’re only as strong as your weakest link. So they enjoy helping other people grow and become the best version of themselves. Strong people have been through many hardships in life in order to develop the mental stamina and resilience they now possess, and wish for others to reach the highest heights, too. Strong people don’t cut others down in order to reach the top; they build them up so everyone can succeed together.

5. Strong people carry the weight of the world on their shoulders.

For some reason, mentally strong people think that they have to “fix” society, and constantly think of solutions to some of the most pressing problems we face. It might be that strong people have been through a lot in life and don’t like seeing others suffer the way they did. Maybe they see society’s potential and know that it’s operating much lower than it could be. Whatever the reason, strong people often feel like heroes in today’s world, wanting to put on a cape and fly all over the world to assist others. They might take a job as a firefighter or police officer because of this drive to “save” society from itself.

6. They want to better their lives whenever possible.

Mentally strong people are never satisfied; they always want to do more, be more, accomplish more, and live more. They are always contemplating ways that they could better their lives, and aren’t afraid to go out and reach their goals. You won’t meet many strong people without goals set for themselves – these people set the bar high and are always looking to outdo their old records.

7. Strong people don’t dwell on the past.

They see the past as a valuable lesson that can lead the way to a brighter future. They don’t regret anything that they did or said in life, because they know that every experience got them to where they are today. Strong people look ahead with optimism to the future, and use the past as a stepping stone to their goals and dreams.

Mentally strong people always want to stay one step ahead of the game, but they don’t pay attention to the other players. Rather, they want to remain ahead in the competition between themselves and their minds, but they can succumb to being paralyzed by their thoughts if they aren’t careful. They spend days mulling over a decision, because they want to make sure they take the right path in life. However, because they think so much about everything, it helps them to make more calculated choices since they consider every aspect of the moves they could make.