We all hope for a love that lasts forever. Can that really happen? Can love transcend time and space? Think of how many stories we have from literature and history. There are thousands of love stories that have inspired humanity.  These stories have survived wars, famine, fires and natural disasters. Why were these stories so important in risking everything for love? There must be something to these stories, and many of them weren’t always about romantic love affairs. They were about love, regardless of sex, ethnicity or backgrounds.

Here are 11 couples who prove love can last forever:

The Trojan war began when Paris, the Prince of Troy, fell in love with Helen, the young queen of Sparta, and they ran off together after falling madly in love and kicking off a ten year war between the Greeks and the Trojans. Their love burned so bright that their story was passed down from generation to generation for thousands of years.

Antony, a Roman senator, and Cleopatra, the last Pharaoh of Egypt, fell in love as soon as they saw each other. Their love also started a war between Rome and Egypt that ended in tragedy. When Antony heard that Cleopatra had died in the fighting, he fell on his sword, heartbroken. When Cleopatra heard of Antony’s death, she also committed suicide. Much like the story of Romeo and Juliet, they have become an apex of the powerful, but tragic eternal love story.

Pollux and Castor were ancient Greek heroes and twin brothers. Castor was the mortal son of the king of Sparta, while Pollux was the immortal son of Zeus. When Castor dies, his brother Pollux is so grief stricken that he gives up half of his own immortality to his brother. They spend half of their time in the underworld and half of their time on Olympus with the rest of the immortal gods.

Would you give up half of eternity for your brother?

Shah Jehan was the ruler of all of India and married a woman named Arjumand Banu Begum, who would later go by the title Mumtaz Mahal. They were married and ruled together for many years, and she bore him 14 children. When she died giving birth, he was so heartbroken that he had a mausoleum built for her remains. We know it as the Taj Mahal, which is one of the wonders of the modern world. 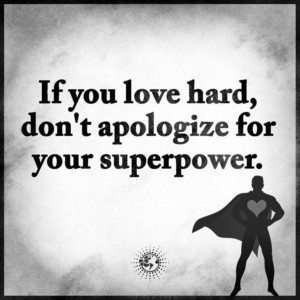 King David saw her bathing while taking a walk on the roof of his palace and instantly fell in love. They had an affair, which resulted in a pregnancy. In order to hide his crime, David tried to get her husband to reconsecrate his marriage so that Uriah would think the baby was his. When this failed, he placed Uriah on the front lines of battle, where he was killed by the enemy. David married the now widowed Bathsheba. After a confrontation with a prophet who confronted David with his sin, David repented but the child died soon after, which David accepted as punishment. David and Bathsheba would later produce another son, Solomon. Solomon would go on to become the greatest Jewish King in history.

Henry, King of England, who was already married at the time, fell in love with a handmaiden named Anne. He wanted a divorce so badly so that he could marry Anne that he broke faith with the Catholic Church (who many at the time believed controlled the fate of our immortal soul). Though their marriage would end in tragedy, their love shook the foundations of heaven.

The ultimate bad boy/bad girl couple, they went on a love fueled crime spree that included murder, theft, kidnapping and robbery. They were together in the end when they were gunned down in a shootout with police who were trying to arrest them. Their insane love has become an Icon in American mythology.

The Epic of Gilgamesh is the oldest written story we have uncovered so far. It is the story of a King who has adventures in the wide world. During these adventures, he meets a hairy wild man in the forest, who he struggles with initially. They become the best of friends and have many adventures together. When Enkidu dies, Gilgamesh is so heartbroken he goes on an epic quest to find the secret to immortality.

Orpheus was a legendary musician who could charm stones and the gods themselves. He is best known for the love for his wife. When she died from a snake bite, he traveled into the underworld and charmed the god of the dead, Hades, himself. He was told he could take his wife with him when he left, provided he did not look back but on the threshold of the underworld. Unfortunately, he looked over his shoulder to see that his wife was still with him. She immediately disappeared back into the darkness.

John Adams was the second President of the United States, and his wife would carry on passionate and fiery correspondence through a long courtship and separation during the Revolutionary War. She was one of his closest advisers and advocates for women’s rights.

The famous acting pair made a marriage work in an occupation, and in a town, that discourages long lasting marriages. They were together for fifty years until Paul’s death in 2008. He famously said, “Why fool around with hamburger when you have steak at home.”

Related article: 6 Signs You’re In A Relationship With Your Soulmate

Love is eternal. It doesn’t matter what type of love it is because true love transcends through time, space and history. The stories above are only a few of so many stories out there.