We’ve all felt the runny nose and eyes, nasal congestion, head feeling like it weighs 20 pounds and the tender-to-the-touch face. They’re symptoms of a sinus infection or sinusitis. Because a virus causes the condition in most cases, there’s technically no cure for it. There are things we can do to make it feel better, but the sad truth is we have to gut it out until the infection runs its course.

Back in the day, our mothers and grandmothers held our towel draped heads over a boiling pot of water. We inhaled the steam and felt approximately better. Sometimes they would rub something awful smelling beneath our noses or had us drink something from a black bottle. We shuddered to drink it or sniff it, but the stuff worked.

Today, doctors give us steroids for the inflammation and pain pills for sinusitis. However, more and more people are turning to natural methods of pain relief due to the side effects of chemical medications. Doctors understand this, and they even have a few hints of their own. So what does science say about kicking sinusitis’ butt without drugs?

Precisely What Is Sinusitis?

The sinuses are empty cavities surrounding the nose and the eyes, in the cheeks, and the forehead. While the sinuses are hollow, mucus drains from the nose, taking bacteria and dirt with it. When the mucus backs up into the sinuses, the bacteria, fungi, and dirt seep into the cavities. The moist atmosphere is ideal for the growth of viruses.

The mucous membranes in the nose become swelled through inflammation or infection. The sinuses are no longer clear. They back up with mucus and other material. A cold or allergies are usually the triggers for an outbreak. How can this condition be healed without drugs?

What Does A Sinus Infection Do To The Body?

The first thing you’ll notice is a headache. It may or may not get worse if the head moves or the face is touched. This discomfort is often made worse by the sore throat and coughing to get the mucus out. Many people have a cough that won’t stop.

Dental pain, eye pain, and ear pain often accompany a sinus infection. The inflammation puts pressure on the soft tissues and nerves in the mouth, eyes, and ears. Know that as soon as the swelling is over, the dental, eye, and ear pain will be as well.

Just like coughing and watery eyes, fever is a method of ridding the body of an infection or illness. On the other hand, this dehydrates the body very severely. A serious amount of water is necessary to avoid serious illness or health conditions.

All of this makes us tired. Fatigue is common when we’re down sick, and lots of sleep is the only way to battle it.

How Can Sinusitis Be Healed Without Drugs?

The answer to that has been used for thousands of years in Europe and Asia in healing illnesses and conditions caused by inflammation. Only recently has the idea caught on in a big way in America. Our moms and grandmothers knew what they were doing when they told us to “eat your medicine.” Doctors are now advising their inflammation patients to load up on the following foods and herbs.

Omega-3 fatty acids come from oily fish such as sardines, fresh tuna, and salmon, as well as some herbs and plant foods. Omega-3s have benefits for the brain in balancing mood and helping with Alzheimer’s, and it helps with metabolic conditions like diabetes and heart disease. Omega-3s benefit the skin, eyes, brain, as well as the immune system. To get them, you should eat:

Foods That Cause Inflammation

To be fair, a balance must be struck. If the above-listed foods help control or heal inflammation, you should know the foods that cause it:

Preventing bacteria from entering the body and viruses from doing their damage in the first place can be facilitated by eating foods that boost the immune system. The immune system isn’t tangible, like the heart or spleen. Along the body’s nerve pathways are the cells and proteins, the immune system uses to battle incoming bad guys.

Get enough restful sleep. Exercise regularly, even if it’s only a walk around the block. Don’t drink much alcohol. Be aware of some of the causes of infections like touching doorknobs or picking up the phone. Wash your hands frequently, and don’t touch your face until you do.

In spite of all this, an ill-intentioned bacteria (the complete opposite of the millions of good bacteria in the body) could get through. The cells and proteins will surround the incoming bad guy cells to obliterate them. To feed the immune system, you should eat:

Foods That Can Help You Recover From Sinusitis

We’ve discussed the foods that boost the immune system, but you should also remember the herbs and spices you reach for while cooking will do the same job. Turmeric, ginger, garlic, and black pepper are among a few listed above.

A few more are:

Spices and Herbs that Boost Your Immune System 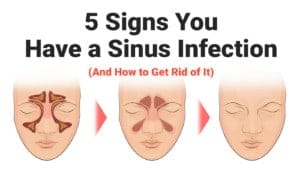 Final Thoughts on Recovering from a Sinus Infection

Sinusitis is nothing to mess with. It’s painful and leads to lost days from work and a tense family relationship while it lasts. Antibiotics don’t work on the virus that usually causes the illness, so medications can’t heal you.