Much like Post Traumatic Stress Disorder, PNSD is a disorder that comes about after one has been living in close proximity to a narcissist. Living with a narcissist can be extremely taxing on a person. Narcissists tend to be extremely manipulative and abusive. They will often gaslight their victims and make everything about their own feelings.

After getting free of a narcissist’s influence, people can often experience a period of helplessness, anxiety, anger, or depression, much like what happens after a traumatic event. People with PNSD react much like people who have PTSD. There are three major signs for someone who is suffering from Post Narcissist Stress Disorder.

“Trauma is personal. It does not disappear if it is not validated. When it is ignored or invalidated the silent screams continue internally heard only by the one held captive.” – Danielle Bernock

According to the Royal College of Psychiatrists Public Education Committee, “You find yourself re-living the event, again and again. This can happen both as a ‘flashback’ in the day and as nightmares when you are asleep. These can be so realistic that it feels as though you are living through the experience all over again.” Triggers can be certain smells, certain places, certain behavior, or even certain sounds or words.

Many people who suffer from PNSD may have a hard time dealing with other people’s emotions because a narcissist will often fly into a rage at the drop of the hat. Someone suffering from PNSD may be triggered into a flashback when they perceive someone as being upset or angry with them. The survivor may also get flashbacks to periods of manipulation from the narcissist.

This may lead to extreme paranoia, where they wonder if the people around them are manipulating them. It may feel like they’re playing a game they just can’t win, even if no one around them has an ulterior motive. 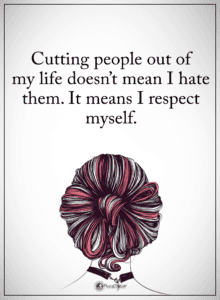 Someone who is suffering from PNSD may become avoidant of any number of things. This avoidance may manifest in an avoidance of people, places, things, activities, or even emotions. Narcissists tend to control their victims, using manipulation and anger to keep someone under their control. Even once the survivor is free from the narcissist’s power, they may still exhibit PNSD in the form of avoidance.

One of the major symptoms of both PTSD and PNSD is an extreme difficulty returning to normal life. For a person who is trying to return to day-to-day life after living with a narcissist, this may include anything from paranoia to panic attacks, to depression. Living with a narcissist can be extremely overwhelming, and someone who does so has to shift their expectations of day-to-day life.

They often have to learn to adapt to a “new normal.” Afterward, when they’re removed from the narcissist’s influence, the survivor may find it difficult to adjust to life again. They may have panic attacks or question their own memories and observations.

But there’s good news. According to Mayo Clinic, “Most people who go through traumatic events may have temporary difficulty adjusting and coping, but with time and good self-care, they usually get better.”

How to Help Someone Suffering from PNSD

Knowing the symptoms of PNSD can be incredibly helpful, especially when you’re trying to figure out what can be done to aid a survivor of a narcissist. Here are some ways to make the life of a survivor easier and help their transition from living with a narcissist to living their lives again.